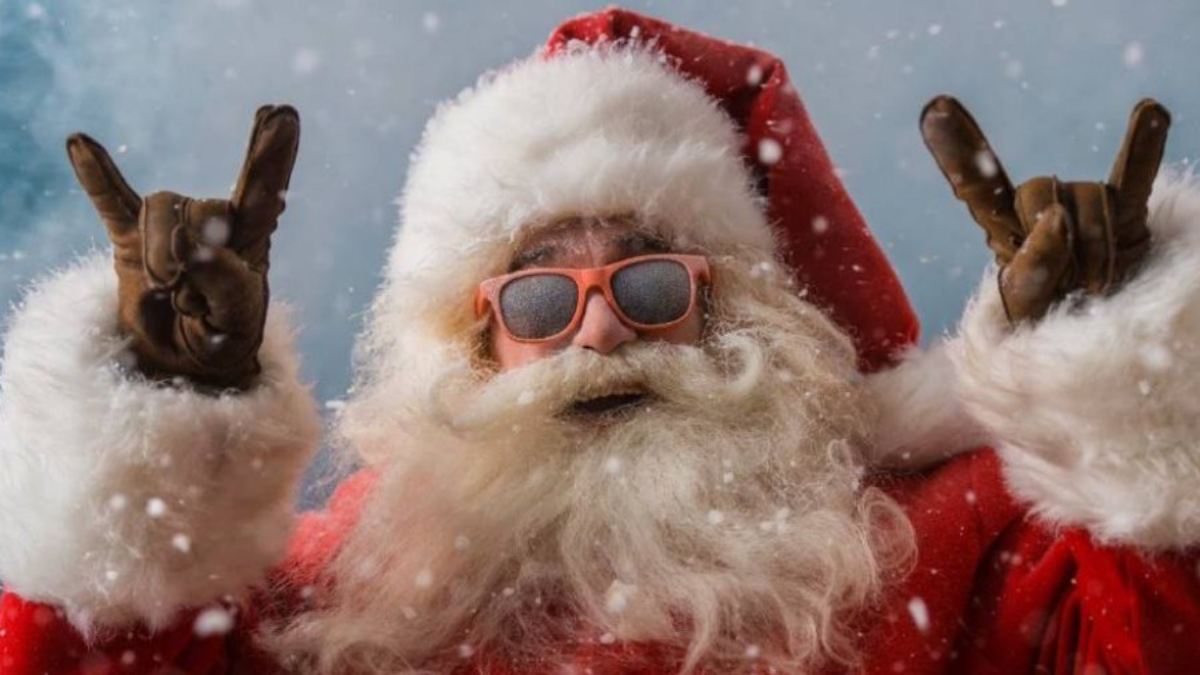 We are finally wrapping up 2022 after all that has been through with ups and downs. So, we wanted to make a list of metal songs, that reflects this year, just for you to listen to as we come closer to the new year, day by day.

As all of our days pass with Christmas celebrations recently, the New Year has also almost arrived at our doors, knocking. And even if those days seem that they are supposed to go in silence and peace, it may not be the case at all, either. Since there were also lots of going on for everyone to deal with, including the regarded bands and musicians, those all also affected our lives along with what we have been listening to, and what our beloved musicians have provided to us.

So, considering all here is our New Year list reflecting our feelings through 2023, that also might help for us to commemorate this year in metal spirit and jump onto a whole new year, eventually.

Before we get started, we want to congratulate all, including ourselves as well, for somehow we are finally getting over 2022, as it was actually like no other in regards to new music. As we have all been trapped in our cages, thanks to the ongoing pandemic, our daily life routines eventually ended up being listening to music maybe more than ever, like it was possible. And yeah, it turned out, it was possible after all, as we have all also found some joy in our lives, thanks to our beloved musicians who have been working hard no matter what, releasing much more efforts for us to make it even for a little easier to get along with.

Eventually, 2022 has become a year that we have found ourselves sheltering in music, exploring thousands and thousands of new tracks as we also went back to the old ones, too. So, here are some of those songs that have helped us through 2021, so they all deserved to be on our new year playlists according to us, down below.

Creating their original style, influenced by Slipknot while taking their music to a whole another level, Vended has sure become one of the most acclaimed young and fresh blood in the music industry. Showing off they have the respective sons of Slipknot’s Corey Taylor and Shawn “Clown” Crahan, Vended also proved they are much more than that, taking its place in huge crowd’s playlist, being acclaimed for its energetic, tuneful, and brutal music, as well.

Formed in February of 2018, Vended consists of Cole Espeland as the lead Guitarist, Griffin Taylor as the vocalist, Simon Crahan as the drummer, Jeremiah Pugh as the bassist, Connor Grodzicki as the rhythm guitarist.

Bringing nu metal music to the mainstream, the pioneer band Korn has sure influenced many artists along with its growing fan base. But on the other side, the regarded band has also been through a wobbly year just like the rest of us, which they wanted to reflect all with their song, Start the Healing. So, it’s not a shocker everyone felt equal and found also their wounds and all in that song, while it made its way into our playlists, topping high places on charts as well.

As the first single from their pending fourteenth studio album Requiem, Start the Healing has sure become an anthem for almost everyone, showcasing how our lives have been impacted, especially for the last two years. So, it definitely deserves to be on our new year playlist, for sure.

Serving as the lead single from Iron Maiden seventeenth studio album Senjutsu, The Writing on the Wall was released seven weeks before the album as it was also the band’s first single since 2016’s Empire of the Clouds. So, you can all remember the excitement of fans, while everyone was chasing the clues that Iron Maiden left with a cryptic teaser campaign. And this song was the early present of the regarded band, while it was the mark for the longest time between the release of an Iron Maiden single and the studio album it is featured on since 1980’s Running Free, as well.

12 – Exodus, “The Beatings Will Continue (Until Morale Improves)”

Leading the latest studio album of Exodus, The Beatings Will Continue (Until Morale Improves) was written by Gary Holt to response to the police brutality protesters that were greeted with in 2020. So, while the song has its own special message, it also affected everyone in so many ways. One of the reasons is especially that the song was the band’s first new record in seven years, shaping up a whole new violent album for the fans of Exodus after their whole waiting finally came to an end as Gary Holt could make his way back to Exodus with the disbandment of Slayer.

Telling a story of a rejection of fear and negativity from outside sources, the title track and lead single from the fifth studio albums of Tool, Fear Inoculum has overtaken David Bowie‘s “Blackstar” place, becoming the longest song ever to chart on the Hot 100 while being listened to still.

Considering its the first and only release of Slipknot since 2019, The Chapeltown Rag has sure become an one of the most indispensable songs of our lists. But we sure don’t have anything to say to its quality as well, as it is the main reason which makes all fans wait even more eagerly for Slipknot to release new efforts, no matter what. So, this song’s one of the special reason for getting into our list is also able to be considered as a new year wish for Slipknot to come up with another great hit also in 2022, as well.

9 – Metallica, “The Day That Never Comes”

The lead single from Metallica ninth studio album, Death Magnetic, The Day That Never Comes has become one of the most touching ballads of the band, as it tackles the subject of forgiveness and resentment. Lars Ulrich explained that the lyrics were inspired by a father-son relationship, as also Kirk Hammett added to Lars Ulrich explaining the concept of the video as it deals with humanity and the relationships between human beings and how your basic sense of humanity can override any sort of politicized situation.

The follow-up to What the Dead Men Say, the ninth studio album of Trivium released in 2020, having In the Court of the Dragon as its title track. The regarded band’s latest album was also said to be “really pissed-off.” That’s mostly because the pandemic has blown up right after What the Dead Men Say release, leaving the album unsupported as the band has also couldn’t hit the road to meet its fans and celebrate their new efforts. So, Trivium had apparently decided to try make up this absence for its fans, and benefited its time in quarantine to produce such a great song blending metalcore, death metal, black metal, thrash and more, that we couldn’t pass it through without adding it to our list, of course.

Considering what we all have been going through especially for the last two years, this song seems to be one of the meaningful one on that list, for sure. Capturing the pure chaos of recent years in sound, Planet Shit actually tries to showcase nothing will matter after everything got destroyed. So, Every Time I Die didn’t only make a song, but the band also left a qutoe that would matter in any timeline in anywhere, actually. Ultimately, this song might be one of the important songs to enter to new year with a whole new perspective or consciousness.

The self-titled track of Metallica‘s second studio album, Ride The Lightning is one of the two album tracks that credits Dave Mustaine in it, as the song was the first with a sound big enough to match the ideas at play, emphasizing the misery of the criminal justice system.

So, with its impressive philosophical depth that still merits discussion today, James Hetfield also explained that the song is actually about a tale of a man sentenced to death for a crime he did not commit, but not a criticism of capital punishment, anyways.

Another song that also might have forseen some important events, even if it sounds nostalgic more than futuristic. Mistress for Christmas belongs to the Razors Edge, the twelfth studio album of AC/DC, which was released on 21 September 1990, as it was described as the funniest song of the regarded band’s album. And this absolutely didn’t change, as we still listen to it maybe understanding it much more but also having lots of more fun, too, since it was written to humor with Trump.

Angus Young stated back then, saying “I think the funniest song on this album is ‘Mistress For Christmas.’ That song’s about Donald Trump. He was big news at the time, so we thought we’d have a bit of fun and humor with it.”

And for one more time, the song is still so much fun, doesn’t matter if Trump involves in it, or not. So, you may also want this song to add your new year playlist to have AC/DC‘s classic feast of music.

Released as a promotional single from Tool’s fourth studio album, The Pot became Tool’s first number one song, topping the Billboard Mainstream Rock chart in 2007. While the song also received a Grammy nomination for Best Hard Rock Performance in 2008, proving its-self again, also Maynard James Keenan has picked this song as the best introduction song of Tool, as well.

And as we are wrapping this year up, we couldn’t pass this song without adding to our lists, especially after Maynard James Keenan have put it onto our minds again, leaving us trapped in it for a while as he suggested the song.

Here is another meaningful song by Silent Planet, which the band also released it as a surprise to its fans. Showcasing the consuming role of technology in modern life, Panopticon has sure become this year’s one of the most challenging song with its lyrics and the unusual way it was recorded. Also the vocalist Garrett Russell explained the song, saying:

Panopticon‘ paints a dystopian view of the future — one where technological advances have pacified the human spirit and made us apathetic in the face of an increasingly malevolent, post-singularity AI (artificial intelligence) that was developed under the premise of security. Ultimately becoming a tyrannical overlord. To communicate the story of humanity and its traditions being outmoded, we challenged ourselves to write a song with no guitar. Using only bass, electronic elements, and percussion, we developed this track over the course of the summer.”

Originally written by Tommie Connor and first recorded by Jimmy Boyd in 1952, “I Saw Mommy Kissing Santa Claus” has been covered by many musicians ever since, but our favorite one is of course Twisted Sister’s one.

Released with the sixth and final studio album by American heavy metal group Twisted Sister, back on October 17, 2006, the band performed classic Christmas songs in metal versions with a few changes of their touches. But still, this album and this song not only provides lots of fun and joy, but it has also gives the real metal fans to celebrate their new year night in their own style, rather than the softer classic ones, constituting a collection of those yuletide classics. Who said metal couldn’t entertain, right?