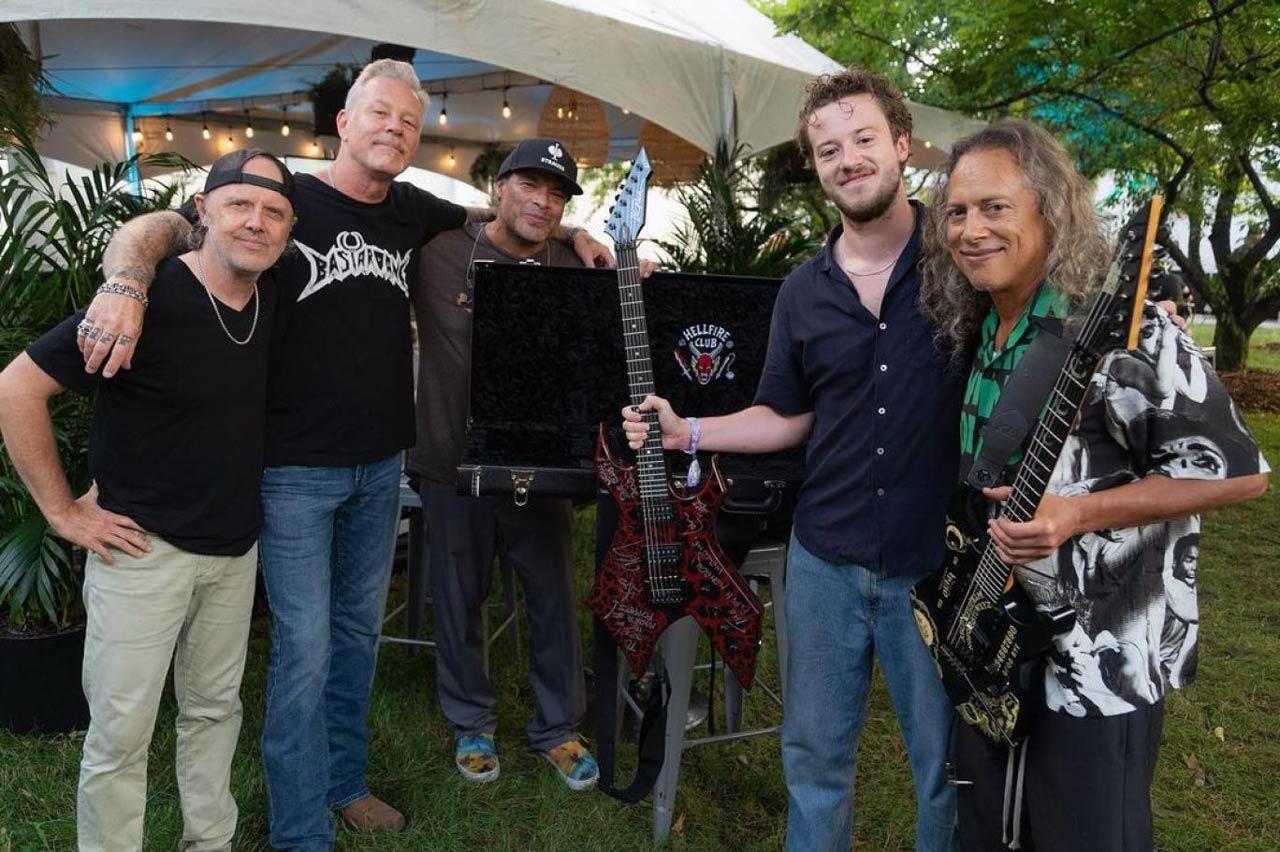 Metallica is a legendary American thrash band, so they also inspired movies and TV shows. Metallica had 11 studio albums in their music life and has received many awards.

While the band has never gone under the spotlight during its long music history, the creativity of Metallica‘s songs appearing in popular media has introduced Metallica to new fans.

September and Fall seem to be ideal times to look at the moments on TV and in movies that Metallica created memorable through the band.

With over 125 million albums that have been sold around the world, Metallica is one of the most popular heavy metal groups.

Metallica had an almost underground fan base, but after an album titled self-titled was released in 1991. Metallica’s popularity grew and it left its thrash metal roots and sold over 16 million copies of the album in the United States alone. It became an important target for film studios searching for songs to use in their new albums.

Some fans of Metallica sold out when they released that self-titled album, in 2022, the band’s music plays in everything from horror movies to indie releases. Even more horrifying for Metallica’s old-school fans, the band even had a song pop up in a Netflix series, MTV shows, movies, and more.

Music as the partner for crucial scenes in film and television is becoming the main bridge between generations. Steffan Chirazi speaks with Q Prime’s Hannah Davis and OTTTO’s Tye Trujillo on just how “Master of Puppets” met up with Stranger Things to hurtle the track back into the global spotlight.

In the world of the upside-down, “Master of Puppets” has followed Kate Bush up that hill in global popularity on Netflix’s smash-hit supernatural series, Stranger Things; sprinting to #1 on the iTunes rock chart, #23 on their overall charts, and #6 on Spotify’s US charts. According to Billboard.com via Luminate, streams of the song across all platforms reportedly jumped from 253,000 on June 30 (the day before the Stranger Things episode aired) to 1.43 million on July 4.

Lots of ears there, and for what it’s worth, those numbers are already doubtlessly wrong, but you get the point. “Puppets” is juggernauting through millions upon millions of new fans thanks to Stranger Thing’s metalhead Eddie Munson and his ‘ defense’ in that season finale.

The “stranger things” don’t stop there, however, as that initial riff you hear come in from Eddie Munson was laid down by Tye Trujillo. How it happened is not at all what you would think.

“Searching for family. In the early twenty-first century, zombies have taken over America. A shy and college student in Texas has survived by following his 30 rules: like “look in the back seat,” “double-tap,” “avoid public restrooms.” He decides to travel to Ohio to see if his parents are alive. He gets a ride with a savage, brutal zombie-killer headed for Florida, and soon they confront a young woman whose sister has been bitten by a zombie and wants to be put out of her suffering. The sisters were headed to an LA park with atractions they’ve heard is without a zombie.”

David Sardy has written the soundtrack. This soundtrack album came out on the 6th of October in 2009 via Relativity Music Group.

Synopsis of Beavis and Butt-Head:

“Per MTV… Beavis and Butt-Head, America’s favorite culture critics, are back. They now have more than just music videos to make fun of: Reality TV, the Internet, and Ultimate Fighting will all be crossing their TV screen! Brought back by creator Mike Judge, Beavis and Butt-Head are dumber than ever.”

In the Garage Band episode they decided to start a music band: “The concert venue booking agent clearly has never heard of Metallica, based on how he speaks to the boys. Yet when he sets the band name up on the marquee, he does it with one of their signature logo fonts.”

“Mark leads a team of office workers whose memories have been surgically divided between their work and personal lives. When a mysterious colleague appears outside of work, it begins a journey to discover the truth about their jobs.”

WrestleMania 36 took place on the 36th edition of WrestleMania professional wrestling pay-per-view and live-streaming event hosted by WWE. The event was geared towards wrestlers of WWE’s Raw, SmackDown, and NXT brand divisions.

In the principal part 1, The Undertaker faced AJ Styles in a Boneyard match. It was an Buried Alive event that took place at an unidentified graveyard along with a warehouse within the Orlando region. A hearse drove into the cemetery with The Undertaker’s theme song but, AJ Styles emerged from the casket. The Undertaker was then seen riding the motorbike to Metallica‘s famous track “Now That We’re Dead“.