American singer, songwriter, and actor over 54 years. During the pandemic, the legend was joined by Bishop Briggs, Gavin Rossdale, Lzzy Hale, and Tosin Abasi on the new show featuring music competitions called No Cover. Season one, shot at the Troubadour is streaming on YouTube and has been getting hot with some truly diverse artists playing songs that are all original. The show is set to enter the semi-finals we caught up with Cooper to discuss The show’s progress, his tips for aspiring rockers as well as his bandmate and friend Johnny Depp, and a whole of other things. He also answered as a response to Kiss bassist Gene Simmons: “Gene Simmons said rock is dead but I think he was talking financially.”

“Well, you know, young bands especially, it’s all about the songs. How good are the songs? A long time ago, I watched American Idol, I said, this could be better if they write their own songs. Anybody can do a Burt Bacharach song or a Beatles song. That doesn’t really show talent, that just shows the guy’s a good singer. But for a band to write their own song, and then get on stage and then make me believe it. That’s where the real talent is. And most of the time these bands are just brand new.

I learned a whole new phrase – COVID bands. COVID bands or bands that got together during COVID that have never played in front of an audience because there’s no place to play. So a couple of these young teenage bands that were going nowhere were COVID bands. That’s the first time in history that’s ever happened, I think. Yeah, they gave me a call. I knew Lzzy pretty well. It was just one of those things where I met everybody and everybody got along so well. You know, for me, if I saw a lead singer up there singing and he kept looking away from the audience or he kept singing up here or over there. I’d tell him the audience wants you to be the focal point. That means don’t ever look away from them. You know, you have to stare them down. You have to be you and you are the star up there. You’re bigger than life. So, you know, don’t come up here and be shy. That’s not what a rock singer is. I tell my band this all the time. When you’re on stage, I want you to reek of ego. When you’re off stage, I don’t want any ego at all.”

Then added about new artists and his concerts:

“Well, you know it’s 50, almost 60 years of being on stage. And I still really enjoy young rock bands, I really want them to be high-energy. They remind me of when my band was in high school. We couldn’t be on stage long enough. We wanted to be up there for eight hours.

And then I’ve just got to say, now, later on, you’ve got to be a star. If you’re going to be a star, you have to think you’re a star. You can’t just go out there and just be face value, you have to understand that you are a star or the audience will not regard you as one. To me being a songwriter, I’m always saying everything revolves around how good the song is. You know, I don’t care how exciting you are up there. I said, spend your time listening to The Beatles. I tell young bands all the time, I want you to listen to The Beatles, The Beach Boys and The Four Seasons. They wrote perfect songs, right? Their records were perfect. You can be an angry punk rock band, but write a song around it. Don’t just play a riff, or a drum part and yell at me. That’s not a song. You have to have a verse and a chorus. That’s why I want you to listen to the early Beatles and the Beach Boys. You can be just as angry and have a good song. You don’t have to just throw it away. Too many bands just throw it away.”

He also responded to Gene Simmons for mainstream music bands:

“Gene Simmons said rock is dead but I think he was talking financially. I think there are kids in garages right now learning Guns N’ Roses, learning Aerosmith, learning Alice, learning Ozzy… Young 16-year-old kids rocking, just rocking. That’s healthy. That’s really healthy. I don’t think rock is ever gonna die. When you talk about hard rock, like the Stones, The Who and all that, that’s the only music that’s lasted. Grunge was here for a while. And punk was here for a while. Emo was here and all this, but hard rock bands just kept going. So if you’re in a hard rock band, you can go as long as you want to go.”

“Well, I just got out of the studio with Bob Ezrin. The last album, surprisingly, went to number one, Detroit Stories. That was a surprise to us. Also, Hollywood Vampires– Johnny Depp, Joe Perry, and myself – did a version of the Bowie song ‘Heroes,’ with Johnny singing. It went number one in England. Number one in America. Number one in Australia, and it kind of feels like it’s the public supporting Johnny. I mean, Johnny has been busy.” 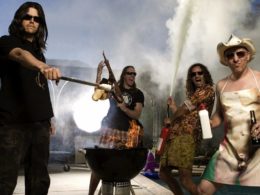 The Tool is an American metal band from Los Angeles, assembled in 1990. Since then, they have been…
byOmer Kaan Ayvaz
No comments 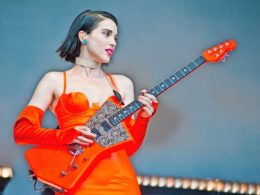 The guitar, one of the most popular musical instruments, captures many hearts. There is an irresistible allure to…
byYunus Emre
No comments 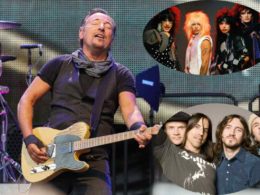 Even though all musicians have been going through hard times because of the ongoing pandemic and its outcomes,…
byYaren İlayda
3 shares
1
0
2
No comments 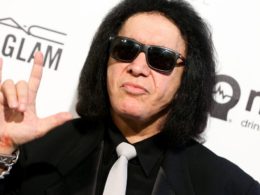 Gene Simmons Says He Wants to be Even Richer in 2022

After wrapping up 2021 with a really busy agenda, Gene Simmons seems he has even more expectations from…
byYaren İlayda
No comments