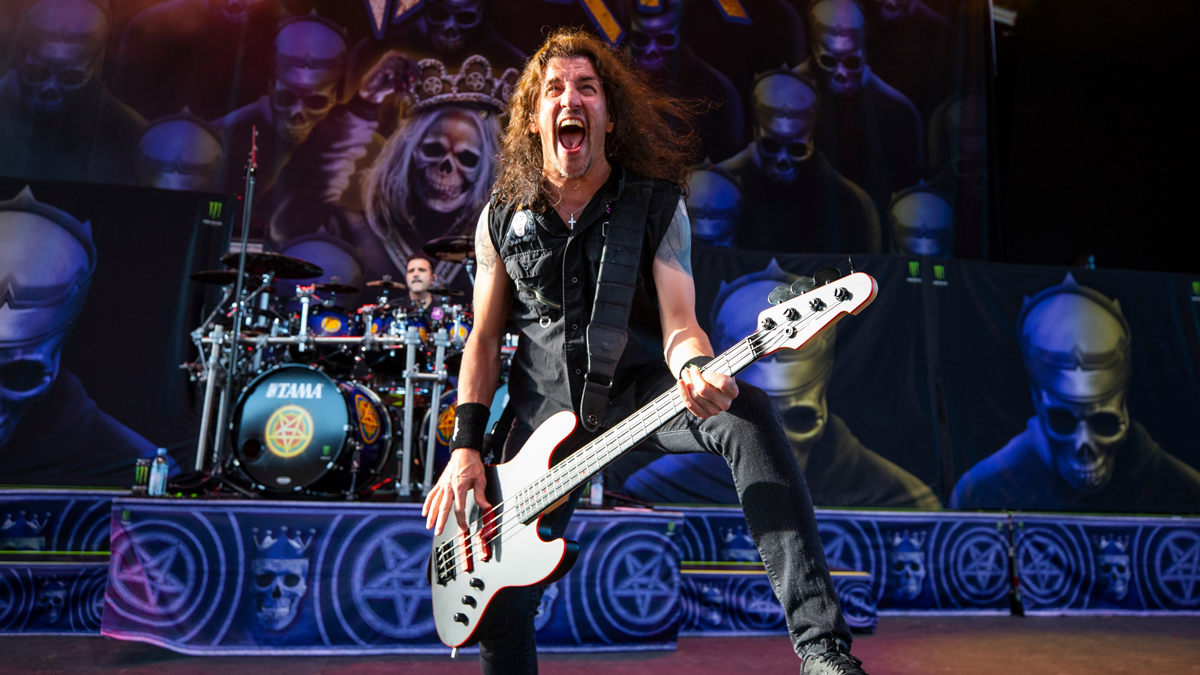 The talented bassist of regarded metal band Anthrax, Frank Bello appeared in an interview recently. During his conversation, Frank Bello reflected his feelings on the late bassist of Metallica, Cliff Burton, and his passing.

As many of you know, Frank Bello has been promoting his new book, Fathers, Brothers & Sons, for a while. In the meantime, the talented bassist of Anthrax also appeared in an interview recently and talked about how he got haunted by the last vision of the late bassist of Metallica, along with giving credit to the talented bassist.

Frank Bello started reflecting on his thoughts about the 1986 death of late bassist of Metallica Cliff Burton in a bus accident while the band was on the road in Europe, after being asked, and said:

“There are no words. We were young, touring every day, you get used to the same people hanging out together every day Anthrax and Metallica. I would watch their show every night, I always loved what Cliff was doing, talking with his bass. Cliff was innovative, he always thought outside the box as a bass player.

A lot of credit to Metallica for brushing themselves off and having to go forward and becoming the biggest band in the world with the spirit of Cliff,” said Anthrax bassist.

On the other side, the talented bassist of Anthrax Frank Bello also talked about his first impression of Cliff Burton in an earlier interview of his, as he also mentioned Metallica former bassist in his book, as well.

“Well, my first reaction – it’s been my lasting reaction with Cliff – he played outside the box, which I love. He was experimental, and Cliff was himself. Cliff was his own person, which I love about him. He was Cliff Burton.

That guy you saw right there, it showed in his playing, he was always gonna try things that were always different, and that’s what I loved about him. He didn’t stay safe, he was a great bass player, rest his soul, but he was also a very innovative player,” expressed Anthrax bassist how his first impression for the late bassist of Metallica Cliff Burton.

The talented bassist of Anthrax, Frank Bello also talked about his drinking days with Metallica, as well, while he was also explaining the incident of how they broke into Metallica guitarist Kirk Hammett’s studio during their conversation. You may also want to check what more he told about Metallica and their drunk story, here.

Ultimately, you can also hear the whole conversation of Frank Bello as he also talks about Anthrax and Gene Simmons among many other things, down below.