The talented bassist of regarded metal band Anthrax, Frank Bello appeared in an interview recently. During his conversation, Bello talked about Metallica and its former bassist Jason Newsted, expressing he feels bad for him.

As many of you know, Frank Bello has been promoting his new book, Fathers, Brothers & Sons, for a while. In the meantime, Anthrax bassist has also appeared in an interview, and been asked about his first impression for Cliff Burton, as he mentioned about Metallica former bassist in his book, as well.

“Well, my first reaction – it’s been my lasting reaction with Cliff – he played outside the box, which I love. He was experimental, and Cliff was himself. Cliff was his own person, which I love about him. He was Cliff Burton,” he starts telling.

“That guy you saw right there, it showed in his playing, he was always gonna try things that were always different, and that’s what I loved about him. He didn’t stay safe, he was a great bass player, rest his soul, but he was also a very innovative player,” expresses Anthrax bassist how he felt about Metallica former bassist, and goes on talking about his days with Metallica.

“When we’d tour with Metallica, I’d watch from the soundboard every night – I watched Metallica every night because Anthrax and Metallica played a lot in those days. I was there at the soundboard, and it was a great show, but I always watched, always focused on what Cliff was playing – ’cause, every night he’d be doing a great little bass run and something different with the wah – waah – and get these enormous sounds out of it.

And I was like, ‘What the – Yes!’ And I’d get all charged up at the soundboard, ‘Yes! Did you hear that?! That was amazing!’ I’m a fan – I’m a fan. I’m a student of bass, I’ll always be a student of music and bass, I want to learn every day. Cliff was showing me this completely different, beautiful side of the bass.

I wish he was still around, just so I can see what he’d come up with – cause I’m sure it would be beautiful, and just tasty stuff – I would be so happy. I would love it. But, you know, I always have him in my mind, the spirit of Cliff, you know?” Bello says reflecting how he misses his old mentor.

After remembering Metallica former bassist Cliff Burton and expressing how he actually admired him, Anthrax bassist jumps on talking about Jason Newsted, who joined the band after Burton’s passing to replace him, as Bello also toured with him as well along with Metallica.

“Well, Jason was great ’cause Flotsam & Jetsam – he came from that, I knew his playing from then. He was always a great bass player, so I wasn’t concerned about that. I felt bad ’cause he was the new guy, you know? That’s always tough – you can’t replace Cliff Burton, it’s impossible – there’s only one Cliff Burton so that’s a hard position, but he did a great job. He did a great job,” starts Bello talking about Newsted, and continues how he had seen the situation in the band back then. And then gives him credit, along with others. As Rob right now is doing a great job with Metallica. They’ve always had great bass players. But, yeah, Jason still – I mean, he’s a talented dude, he does his own thing now, and I totally respect him. He’s a friend of mine. He’s a really great bass player, but he also thinks outside the box as well – he does his own thing, and I respect that.”

The talented bassist of regarded metal band Anthrax, Frank Bello had also appeared in another interview recently, where he talked about his band’s current state along with his side project band with Megadeth bassist David Ellefson, if you also may want to check it out, as well. 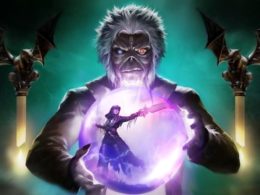 Mobile Video Game of Iron Maiden, “Legacy Of The Beast” is going to do a collaboration with another metal band.…
byBatu Demirbas
No comments 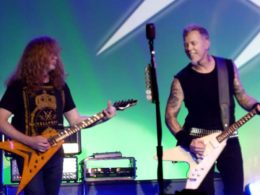 After years of disputes between, Metallica and Megadeth frontmen James Hetfield and Dave Mustaine have always been in…
byYaren İlayda
No comments 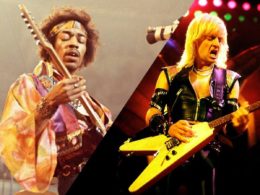 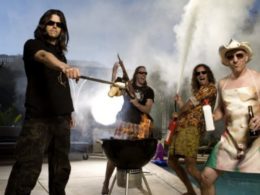 Before heading out on the roads again for TOOL band’s upcoming 2022 for a U.S. tour in January,…
byYaren İlayda
No comments