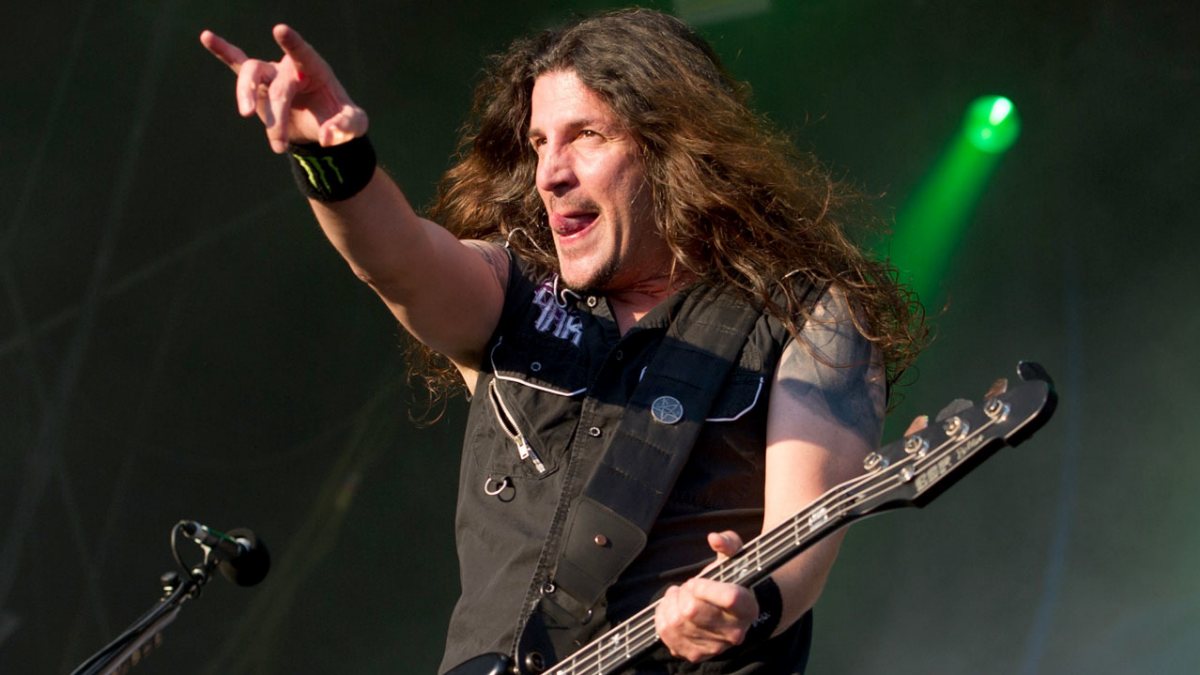 The talented bassist of regarded metal band Anthrax, Frank Bello appeared in an interview recently. During his conversation, Frank Bello recalled his drinking days with Metallica, telling one of their drunk stories breaking into Kirk Hammet’s studio.

As many of you know, Frank Bello has been promoting his new book, Fathers, Brothers & Sons, for a while. In the meantime, Anthrax bassist has also appeared in an interview, and been asked about the incident of how they broke into Metallica guitarist Kirk Hammett’s studio during their conversation.

“One of my favorite stories in the book was when you and the guys from Metallica got drunk and then you broke into Kirk’s studio, and you were jamming drunk, and he wasn’t there, he went home early and went to bed. And you wrote in the book, if I’m not mistaken, that the door to his studio is open! Who leaves the door to their studio open?”, asked the interviewer.

“Well, nobody knew that other than the guys in that car. They said he usually leaves it up, we just got lucky that night. And we were all loaded!,” Anthrax bassist Frank Bello replied, and continued recalling those days.

“These are the drinking days with Metallica. They came to the show, Anthrax was playing in San Francisco. The guys from Metallica come out, we’re friends – long story short, they’re on the side. And we decided, ‘Alright, let’s go out and do some bar hopping.’ We haven’t done it in a while, everybody’s getting together. So we had a couple of cars, friends driving, sober guys driving so we can have fun. Bar hopping and bar hopping.

So, Kirk goes off because he got an appointment the next morning early, so we kept going heavy, the shots were plentiful that night. It was bad. So, it came to the point where I was in the back of Lars’ Range Rover, and those turns in San Francisco were pretty crazy, they were weaving stuff, I felt this all of a sudden, out of nowhere, I threw up in my hand. They’re looking, ‘What the fuck?’ With my elbow, I put the window down, just toss it out. But then it didn’t stop. It kept going, it was like a faucet on the side of poor Lars’ car. The whole thing was green, it was disgusting. I felt bad…

Clean up, go to the next bar, we’re still going. That’s what happened those kinds of days. So somebody on the way after the bars were closing mentioned, ‘We need to jam!’ ‘Where can we jam?’ It’s two o’clock in the morning! ‘Where are you going to jam?’

Somebody brings up, ‘Kirk has a studio in the back of his house, and sometimes he leaves the door open.’ ‘Yeah, let’s go!’ We’re fucking out of our minds! Both cars are going right to Kirk’s house, and this is a great area, great neighborhood, you can’t make a lot of noise, so we’re like, ‘Shhh!’

We’re walking up this hill to his house, go around the back, look in the window, nobody’s there, open the door, open the lights – filled with amps! Amps, drums, SVT amps, guitars everywhere! Everything you want to make fucking noise crazily is there! A great setup he’s got there.

So we’re kids in a candy store at this point. We go in there, every knob was turned on to 10. Everybody put on a guitar, bass, Charlie went on the drums, Lars on one on the drums, we’ll just scream at the top of our fucking lungs! Imagine that sound – Anthrax and Metallica in that room, just the loudest noise we can. We didn’t even know what we’re fuck we were playing. Every riff came out, just riffs from fucking everywhere!

So all of a sudden, this is 10 minutes in, and there’s a window coming down from the stairway, coming from the connection with the house, and all of a sudden, at the corner of my eye, I see Kirk coming down. And he looks in the window, and his eyebrows go down, he’s fucking pissed! That felt horrible…

And he’s looking, and I see him because nobody can hear him, he’s like, ‘What’s the fuck, man?’ I’m like, ‘Oh, shit!’ Everything shuts down, he comes in, he’s pissed, he’s in his robe, he’s sleeping, the poor guy was sleeping!

‘Dude, this is not cool! How dare you?!’ It was really bad, we all felt horrible,” reflects the talented bassist of Anthrax, Frank Bello and continues telling Metallica guitarist reaction, and what happened after they got caught to him.

“Long story short, we leave, he goes, ‘Get out, get out!’ He just throws us out. So we walk with our heads down, and we felt bad. Some of us were snickering but it was horrible, I felt bad. So we’re walking down the hill back to the cars, and I’m standing next to Lars, we’re walking down, and I just said, ‘I feel really bad…’ He goes, ‘Maybe we should apologize…’ Now, I don’t know if Lars was playing me on this or not, but he goes, ‘Yeah, maybe we should go and apologize for it.’

And I was drunk, so I said, ‘Alright, let’s go, apologize.’ So back up to him, this is the front door now, the front door is this big beautiful glass door that he had there – beautiful! I don’t know where it came from, I found out later on.

So I ring the bell, two minutes, nobody answers. Ring the bell again, nobody’s answering. I’m still a little tipsy so I lean back on the door, ‘Kirk, come on!’ All of a sudden, I lose my balance and my ass falls, I fall into the door. All of a sudden, the whole fucking thing breaks! I don’t know how my ass didn’t get cut but glass is everywhere!

Me and Lars, like in a comedy, we look at each other, ‘Oh, shit!’ All we hear from the background as we were running, somebody opening the door, ‘Dude, what the fuck?! You broke my fucking door! What the fuck?!’ It was Kirk, he came out, and I felt so bad…

So everybody goes back to homes and hotels, and all that stuff. I was afraid, I felt bad. Anthrax had a show the next day, I’m hungover, I’m in the dressing room playing my bass, and my tour manager comes in. He has a piece of paper in his hand, he goes, ‘Frank, where were you last night?’ I said, ‘We went out with the Metallica guys, had a great time, a little hungover…’

Look, I didn’t have fucking $13,000, I was scared shitless! And I’m looking at it, ‘I can’t afford this. What the fuck? This is 13,000!’ I wasn’t making that kind of money,” revealed Bello how he was charged after he fell and broke Hammett’s door, while they were all drunk with his bandmates of Anthrax along with Metallica members. It seems their fun night had turned into a nightmare the day after, along with his hangover.

He kind of had a chuckle at it because he wanted to get me. ‘It’s cool, dude. Just don’t do that again, OK?’

I love Kirk, I love them all. He’s just, ‘Don’t do that again, OK?’ I said, ‘Alright, cool!’ So, long story short, I found that was a setup to really scare me, which they really did. I don’t know if they planed that but it was awesome because it scared the shit out of me. He said later to somebody in an interview it was only $850.

But long story short, you let me go on it, and I was really petrified about it. I felt really horrible. But it was a great time, that night lives in infamy in my mind,” finished the bassist of Anthrax telling their bar-hopping night with Metallica and reflected he still recalls that day fine, even though Hammett scared him so much. 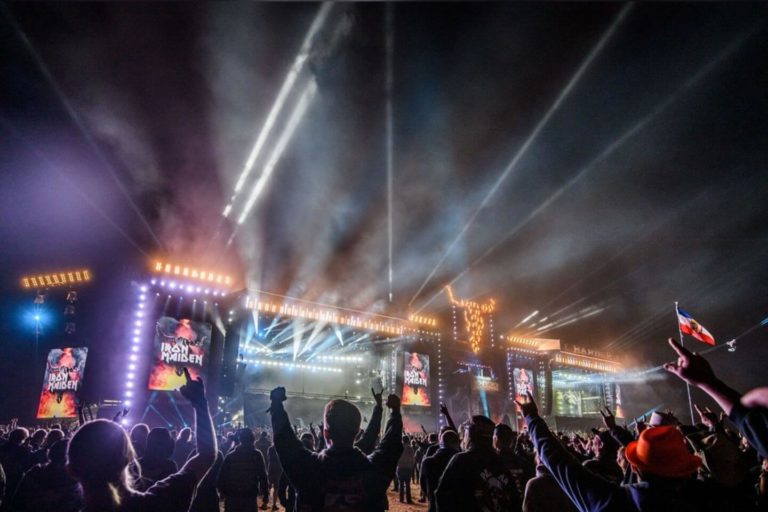 Wacken 2023 first lineup and headliner bands announced the end of the festival. The festival takes place in the village of Wacken from August 4th to August 6th, 2022. Wacken Open Air first started as a small festival in 1990, but its popularity over the years increased massively. This festival is considered the biggest metal… 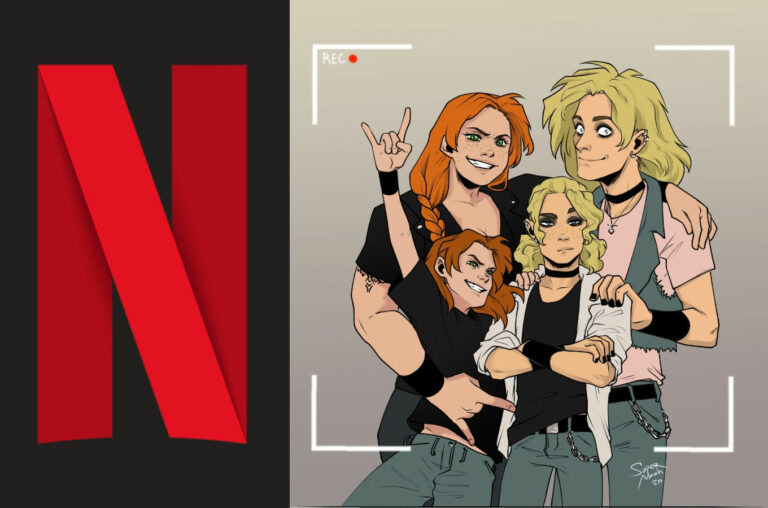 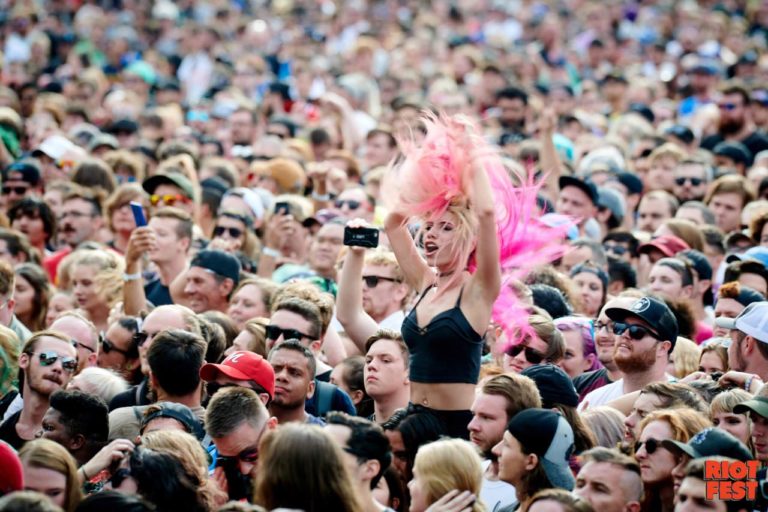 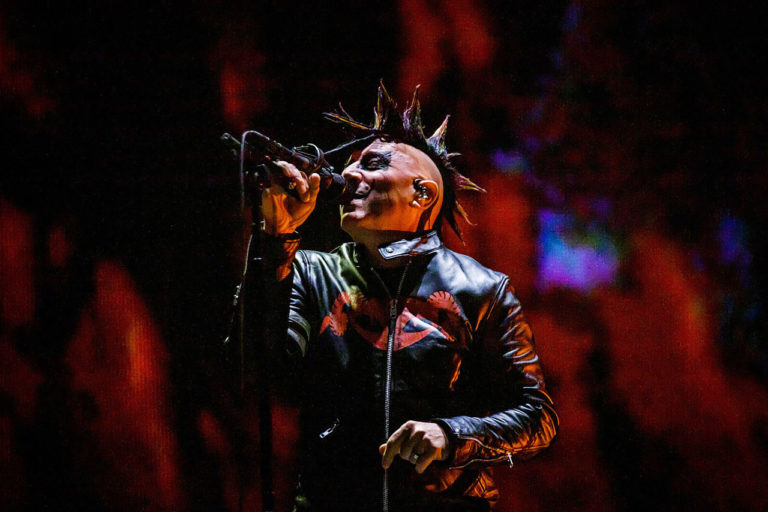 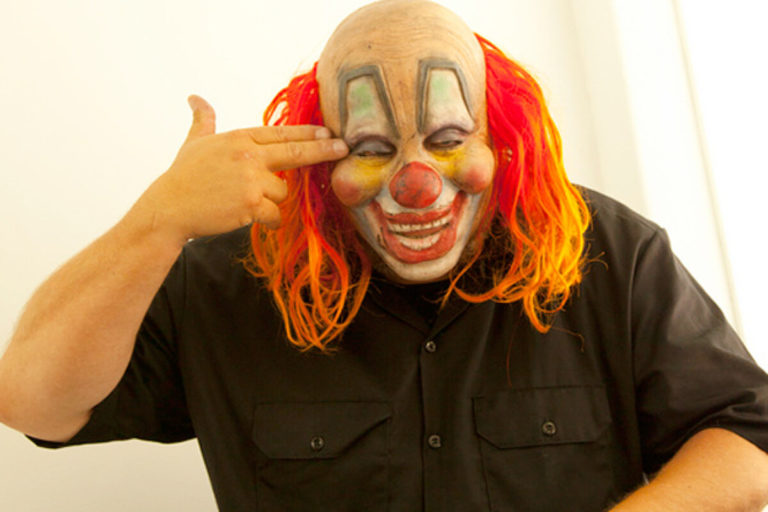 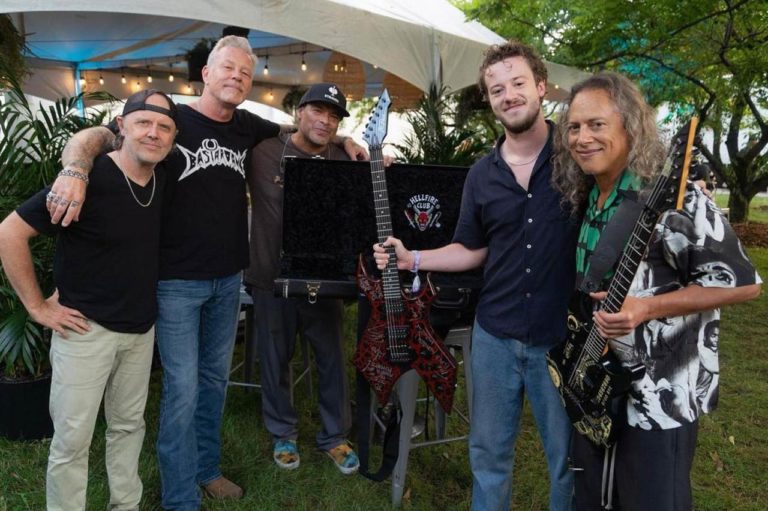