The Grammy-awarded band Aerosmith has sure produced too many hit songs touching everyone’s heart while also approaching too many things throughout its journey. So, in this ranking list, we tried to gather the best 12 songs of Aerosmith that have had the most impact on us and made their way all along to this day throughout the years.

Debuting with its self-titled studio album in 1973, Aerosmith is almost on its way to its fiftieth year on its rocking career while it has also been still affecting so many people including young artists with its music. Formed in Boston in 1970, Aerosmith released 2 EPs, 7 live albums, 15 studio albums, and 16 compilation albums, so far, selling more than 150 million albums worldwide as it has also become the biggest-selling hard rock band in the United States rock and roll community.

So, looking back at the early days of Aerosmith as it showcased their elders’ influence, and become one of America’s best arena-sized bar bands, here are the best 12 Aerosmith songs that lifted the band up seriously.

A power ballad of Aerosmith, What It Takes was released in 1989, achieving critical and commercial success with the 1989 album Pump. Reaching out to the Top 10, this was the last time for Aerosmith to see the top before also ‘I Don’t Want to Miss a Thing’ had become the band’s only number 1 nearly a decade later.

Released as the first single from the album Rocks in 1976, Last Child showcased a strayed style from the band’s usual while getting funky as much as they could be, which also kinda worked out as their song has become one of the most memorable songs of Aerosmith. While the song was also likened to David Bowie‘s ‘Fame,’ it peaked at number 21 on the Billboard Hot 100, becoming one of a string of hits for the band in the mid-1970s.

A staple of Aerosmith concerts along with also appearing on several live albums, Mana Kin has gained so much regard since the first day it was heard as one of their songs from their 1973 self-titled debut album. While the live versions are featured on Live! Bootleg, Classics Live, A Little South of Sanity, and The Road Starts Hear, the song has also appeared on several Aerosmith compilations including 1988’s Gems, 1991’s Pandora’s Box, 1995’s Pandora’s Toys, 2002’s O, Yeah! Ultimate Aerosmith Hits, 2004’s Greatest Hits 1973–1988, and 2006’s Devil’s Got a New Disguise. In the meantime, Mama Kin was also covered by Guns N’ Roses in 1986, while also Buckcherry covered it as a bonus track on their 2014 EP ‘Fuck’, as it still made it today as a never-gets-old song, too.

Back in the Saddle

The first track on 1976’s album Rocks of Aerosmith, Back in the Saddle was also released as the third single from the band’s 1977 album, peaking at number 38 on the US chart, the Billboard Hot 100. The song has also become another staple of the band on classic radio and in concert, gaining huge regard and acclaim by both fans and other regarded musicians such as Slash and James Hetfield as they revealed it is among their favorite rock songs. And as of today, the song still remains one of the arguably heaviest songs of Aerosmith, which also cracked the Top 40 singles.

I Don’t Want to Miss a Thing

I Don’t Want to Miss a Thing is among four songs of Aerosmith that were performed for the 1998 sci-fi disaster film Armageddon. Although the song was originally set to be released as a radio-only single from Armageddon: The Album, Columbia Records eventually issued it in August 1998 due to popular demand as the song had already become one of the best and most memorable songs of the band. So right after the song debuted, it immediately peaked at number 1 one on the Billboard Hot 100, marking the band’s first and only number-one single in their own country’s chart. I Don’t Want to Miss a Thing also peaked at number 4 in the UK, selling over one million copies, while it also peaked at number one for multiple weeks in several other countries, including Australia, Ireland, and Norway.

After a hiatus, Aerosmith came back to music releasing this song as the lead single from the band’s ninth studio album Permanent Vacation in 1987, scoring its first Top 40 hit since 1978. Besides, the song also peaked at number 14 in the US, number 4 on the Mainstream Rock Tracks chart, number 22 on the Canadian RPM Top Singles chart, and number 45 on the UK Singles Chart, as well as being certified Silver in the UK for selling 200,000. The song was also re-released in the early ’90s, peaking at number 20 in the UK, as well, proving its strong and achieving mainstream success as being one of the best and most memorable songs of Aerosmith of all time, despite it has also often been accused of being transphobic for its lyrics.

A power ballad of Aerosmith from their massively successful 1993 album ‘Get a Grip’, Crazy has sure proven itself to be among the best songs of the regarded band that also remains to be listened to, all around the world today. It peaked at number 17 on the US Billboard Hot 100, number 3 in Canada, and number 1 in Iceland for two weeks as it also reached number eight in Finland and the UK. Among all, Crazy also earned Aerosmith a Grammy Award for Best Rock Performance by a Duo or Group with Vocal in 1994 as the second Grammy award of the whole album Get a Grip and third overall, while its music clip was also ranked number 23 in VH1’s Top 100 Music Videos of All Time.

Another power ballad from ‘Get a Grip’, Cryin’ was released as a single from the band’s eleventh and successful studio album, as it has also become one of the most successful hits of Aerosmith in Europe. The song peaked at number 12 on the US Billboard Hot 100, 1 in Norway, 3 in Iceland, Portugal, and Sweden, and 17 in the UK, selling over 500,000 copies along the way as well. As the song also caught a huge success worldwide, it also won 3 MTV Video Music Awards in 1994 for Video of the Year, Viewer’s Choice, and Best Group Video sections.

Janie’s Got a Gun

A Grammy-awarded song of Aerosmith, Janie’s Got a Gun was released as the second single from 1989’s Pump, peaking at number four on the US Billboard Hot 100 and number two on the Billboard Album Rock Tracks chart in 1990. The song has also become the first of two number-one singles of Aerosmith, peaking at number 1 in Australia, 2 in Canada, 12 in Sweden, and 13 in New Zealand. But among all, the song has also proven itself as one of the best songs of Aerosmith by winning Best Rock Performance by a Duo or Group with Vocal in 1990 Grammy Award, as well.

Released as a single from 1975’s album Toys, Sweet Emotion pioneered Aerosmith’s mainstream success which would also continue still today as a reminder of the 1970s, no doubt. While the song has also been included on almost every Aerosmith compilation and live album, it is credited as the regarded band’s signature song, as well. Besides all those mainstream successes, Sweet Emotion is also included on “greatest song” lists or “greatest rock song” lists, as it peaked at number 36 in the US, becoming the band’s breakthrough single and their first Top 40 hit. But eventually, the song has also proven itself to be one of the best songs of Aerosmith by remaining successful today just as in the past, and selling over three million digital downloads, as well.

Helping Aerosmith to break into the mainstream in the 1970s, Walk This Way was released as the second single from the album Toys in the Attic. The song has become an international hit which is still being listened to even today, as well as being credited as a touchstone for the melding of rock and hip hop, winning both groups a Soul Train Music Award for Best Rap Single in 1987 Soul Train Music Awards. Besides all of its commercial success, the song also peaked at number 7 on US Cash Box Top 100, 10 on US Billboard Hot 100, becoming one of the best songs of Aerosmith for also its elastic guitar riffing and tongue-twisting rhymes involved in it.

Released in the debut album of Aerosmith, Dream On was the regarded band’s first major hit as it has also become a classic rock radio staple. The song peaked at number 59 on the Billboard Hot 100 before it was re-issued in late 1975 and peaked at number 81 on the Billboard Hot 100 chart on January 10, 1976. But soon enough, the song broke into the top 40 on February 14 as well and peaked at number 6 by the time on April 10. As the song became to be recognized as one of the ’70s most resilient power ballads, it has also proven itself to be the best Aerosmith song getting into the 500 Greatest Songs of All Time list of Rolling Stone at 172nd place which was also re-ranked later at number 199 in 2021. Besides, Dream On has also got into The Rock and Roll Hall of Fame’s 500 Songs that Shaped Rock and Roll list, as well. 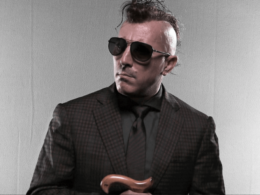 Being widely regarded for its unique style, Tool has been growing its fan base since the very first day with…
byYaren İlayda
33 shares
33
0
0
No comments 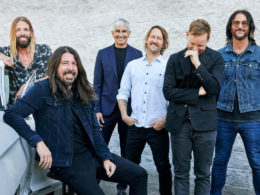 Foo Fighters is back at business after Covid-19 related delays. Recently, they were on stage for Madison Square…
byBatu Demirbas
No comments 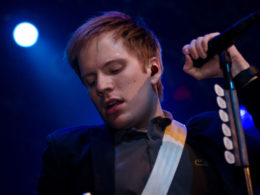 Fall Out Boy Frontman Made A Song For Spider-Man Cartoon

Patrick Stump is mainly known for his work with the band Fall Out Boy. Patrick is the lead…
byBatu Demirbas
No comments 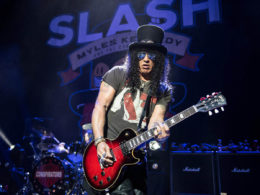 During the ’90s and early 2000s, we’ve witnessed a lot of musicians struggling with their addictions. Some of…
byBatu Demirbas
1 share
1
0
0
No comments