Poway, California-based American rock band Blink-182’s bassist and co-lead vocalist Mark Hoppus shared some sad news from his personal Instagram account. He shared a statement to inform his followers that he is fighting cancer. Here is his statement:

“For the past three months I’ve been undergoing chemotherapy for cancer. I have cancer. It sucks and I’m scared, and at the same time I’m blessed with incredible doctors and family and friends to get me through this. I still have months of treatment ahead of me but I’m trying to remain hopeful and positive. Can’t wait to be cancer free and see you all at a concert in the hopefully near future. Love to you all.”

Before that statement, Mark Hoppus shared another story, showing himself in a cancer treatment room, which he deleted right after. He was on an infusion chair with an IV in his arm. But even that short time was enough for his fans to get worried about Mar Hoppus’ health situation and start asking questions. So in advance, he shared the statement above to inform fans and not make them worry anymore. There was a “Yes hello. One cancer treatment, please.” reading which just makes every fan worry about him on the story he deleted. Even after he deleted the story, fans on Twitter started sharing Tweets about Hoppus that probably made him share that statement. 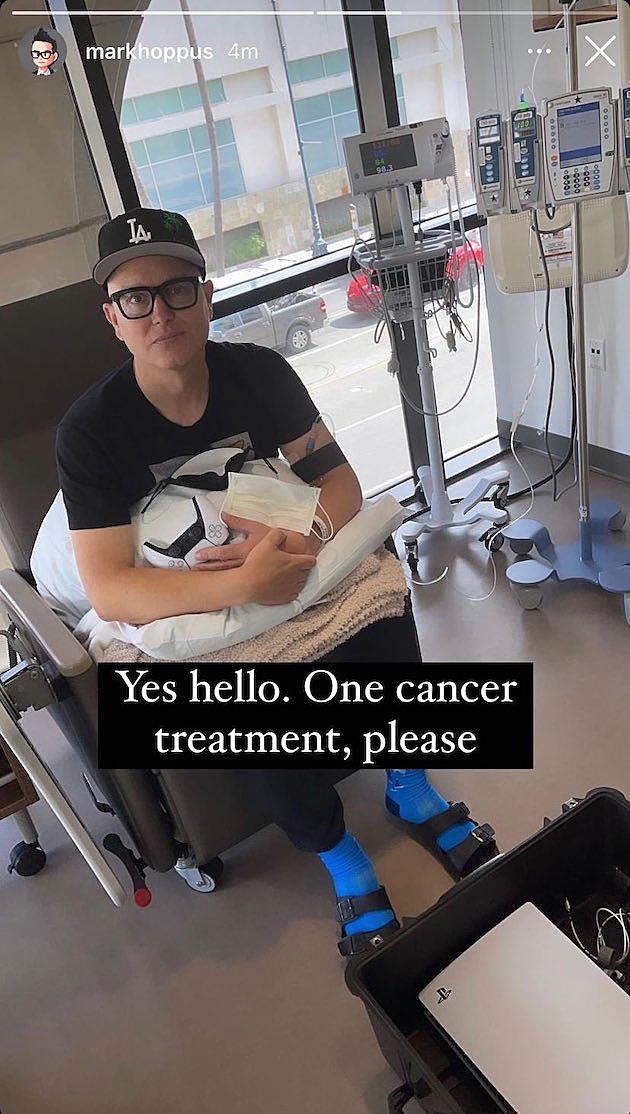 Currently, there is no further information on his treatment or medical condition. He might want to keep things private as much as possible for the future. But in any case, we wish Mark Hoppus, his family, and Blink-182 a speed recovery. We hope he comes back even stronger than before. If he wants to inform fans about recent situations, he will probably do it via his social media accounts and we will be sharing them with you.

Founded in 1992 by Hoppus, guitarist, and vocalist Tom DeLonge, and drummer Scott Raynor, Blink-182 was a huge name in punk rock in its early days. Throughout their career, Blink-182 released eight studio albums. Their recent work was in 2019. The “Nine” album, containing 15 songs got pretty good critics. Despite being an almost 30 years old band, Mark Hoppus is the only constant member in the band. Besides his work for the Blink-182, Mark Hoppus is also a record producer and former television personality. He also is the only one in the Blink-182 band which doesn’t have any piercings or visible tattoos right now. 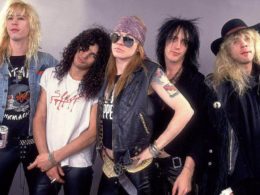 Since the very first day the band has come into our lives, Guns N’ Roses always managed to…
byYaren İlayda
No comments 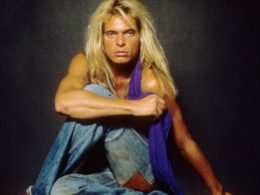 The original lead singer of the regarded rock band Van Halen, David Lee Roth will be on the…
byYaren İlayda
No comments 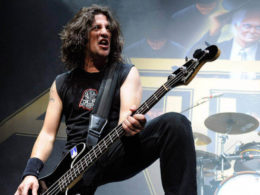 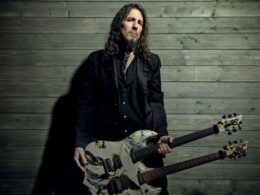