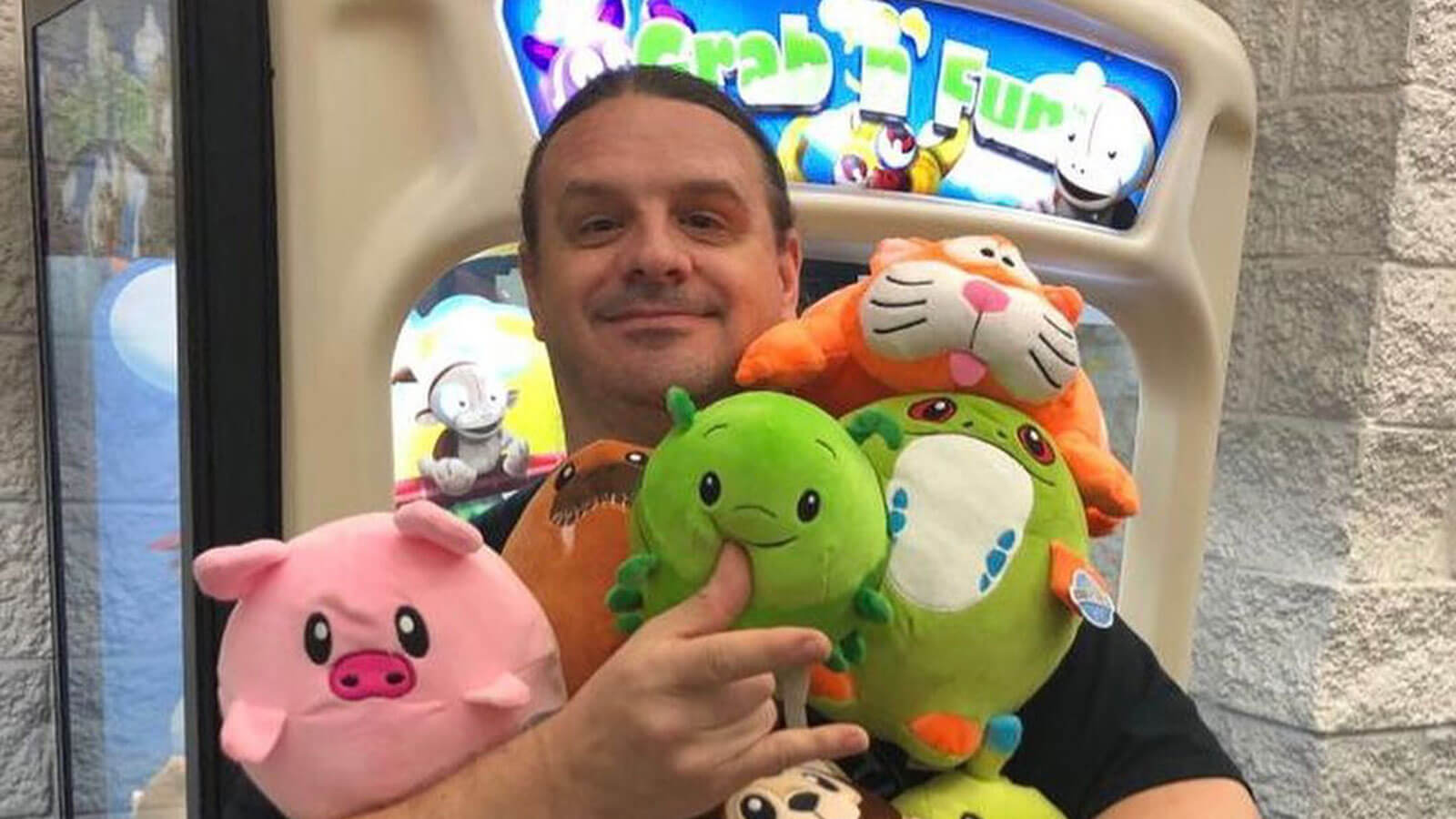 Cannibal Corpse‘s frontman George “Corpsegrinder” Fisher posted some social media photos. He is well-known as the death metal teddy bear, having shown his gentler side several times. Fisher also is the bane of every claw machine’s existence for a charity event.

George “Corpsegrinder” Fisher shared photos in sharp contrast to the gory visuals and terrifying presence he conveys as Corpsegrinder. Fisher also displayed a gentler side and smiled at Santa while sitting on his knee and wrote this:

“Merry Christmas ya filthy animals!!! @truebelieveraz and yours truly with the best Mall Santa ever!!!”

Then added: “The last two trips to my local @walmart have been very productive! More stuffed animals for donations!!! Happy Holidays!!!”

Corpsegrinder then posted photos of the plush animals he won from a Walmart claw grabber machine. He has a lengthy history of utilizing his claw grabber abilities for good, frequently donating things he wins to charity.

“I play the claw. I’m like a kid at Disney; I’m looking what’s in there, and then I’m looking at how it’s sitting inside of there. Is there something on top of it? Do I have to move that? As soon as I see how the claw reacts, I’ll know if I’m gonna win.

I just like to play the claw machines. I save up quarters, and when I win we gonna donate them for kids for Christmastime or whatever. If there’s a humanoid figure or a creature with arms or legs, I will try to get the claw in between the legs and the shoulder. If I can’t do that because it’s laying at an angle. Then I will try to move it to a spot where it will be in the right space. But if I pick up something up and you are around watching me, you are not allowed to say anything. When it drops in the hole and it’s down in the bottom where I grab it. Then you can say, ‘You got it!’ But if you say anything while it’s in the claw… that’s when you see me mad.”

Check the photos below!

Cannibal Corpse also released the latest album “Violence Unimagined” on April 16, 2021. This album is Cannibal Corpse’s fifteenth album and looks at the tracklist below!