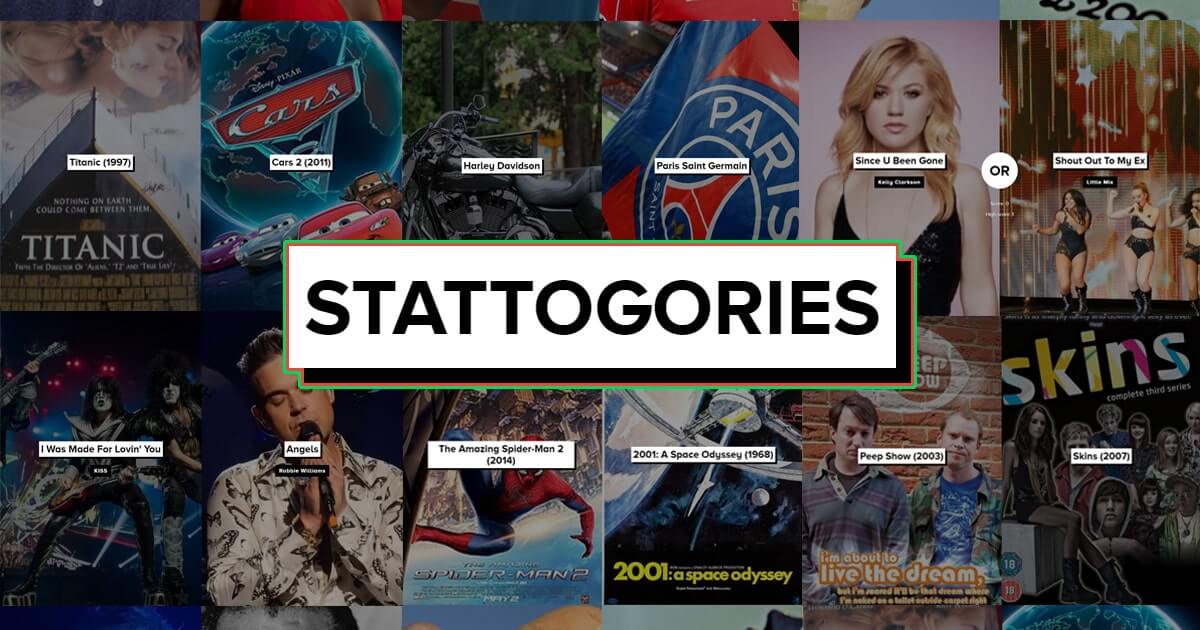 Everything you need to know about Stattogories

Over the past couple of decades, the way people consume music has changed making many charts almost redundant. With the rise of streaming platform Spotify now at the center of all things music-based, Stattogories game has created a compelling music quiz. That also very music fans will enjoy using the play count data of songs.

The metal genre features songs from metal legends artists such as Black Sabbath, Iron Maiden, and Queens of the Stone Age and is the perfect way for metal music lovers to put their knowledge to the test.

The game throws up endless song comparisons and is simple to play. Simply guess which of the two songs has more plays on Spotify, all to get a high score streak. Choose the right song, and a new challenger (song) appears. Choose the wrong song, and the game ends. 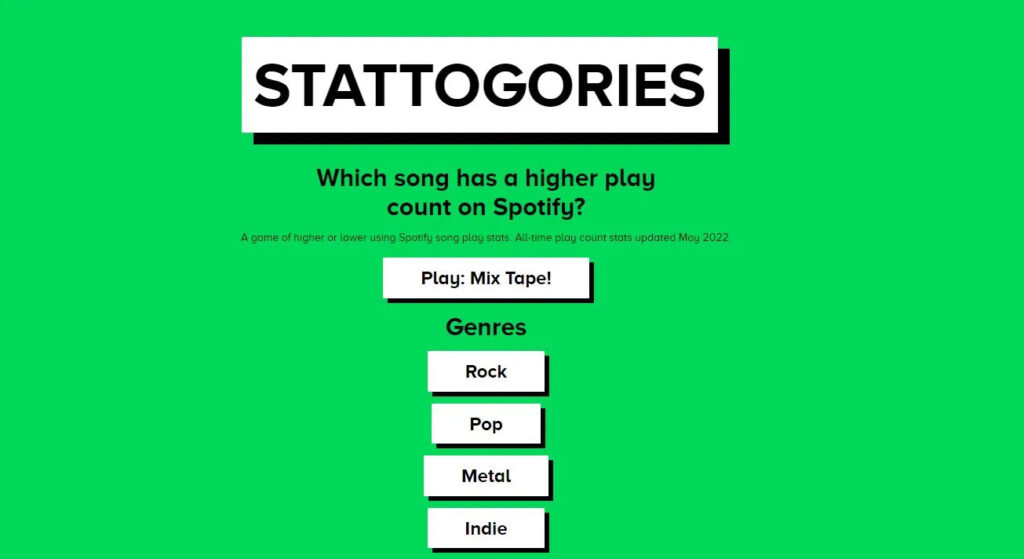 The game is fun because it forces metal music fans to decide between logic and fandom. Do you choose the artist you love the most or the song you think people prefer? Based on our experience always go with the song which you think is more mainstream metal.

Creator of the Stattogories game, Gareth Evans said: “We hope that the new metal genre game mode goes down well with the metal community. Based on our other Spotify game modes, we would be impressed with anyone who can get a score in double figures. Don’t be too disheartened if you get a zero on your first go, it happens, just hit play again.”

What is the most played metal song on Spotify?

What we have learned from the game is that a lot of Metal music has been listened to through the Spotify platform over the years, with Metallica’s ‘Enter Sandman’ hitting just short a billion plays.

Gareth Evans also confirmed: “Enter Sandman is Metallica’s most listened to track on Spotify. And is the highest played metal song we could find on Spotify.”

This month Metallica announced that their new album 72 Seasons would be released in Spring 2023. And, Metallica 2023 world tour, including gigs in France, Germany, Mexico, and the United States of America. The new album will feature 12 tracks, with Lux Æterna (which is currently available to listen to on Spotify) being the first song the band has released in over 6 years. At the time of publishing this article, the track has already clocked up nearly a million plays. It will be interesting to see whether any of the twelve new tracks become hits for the legendary metal band. With fans having to wait half a year for the album to get its full release, the new Stattogories metal game mode is the perfect time killer whilst we wait for its arrival.

You can play the Stattogories game here.