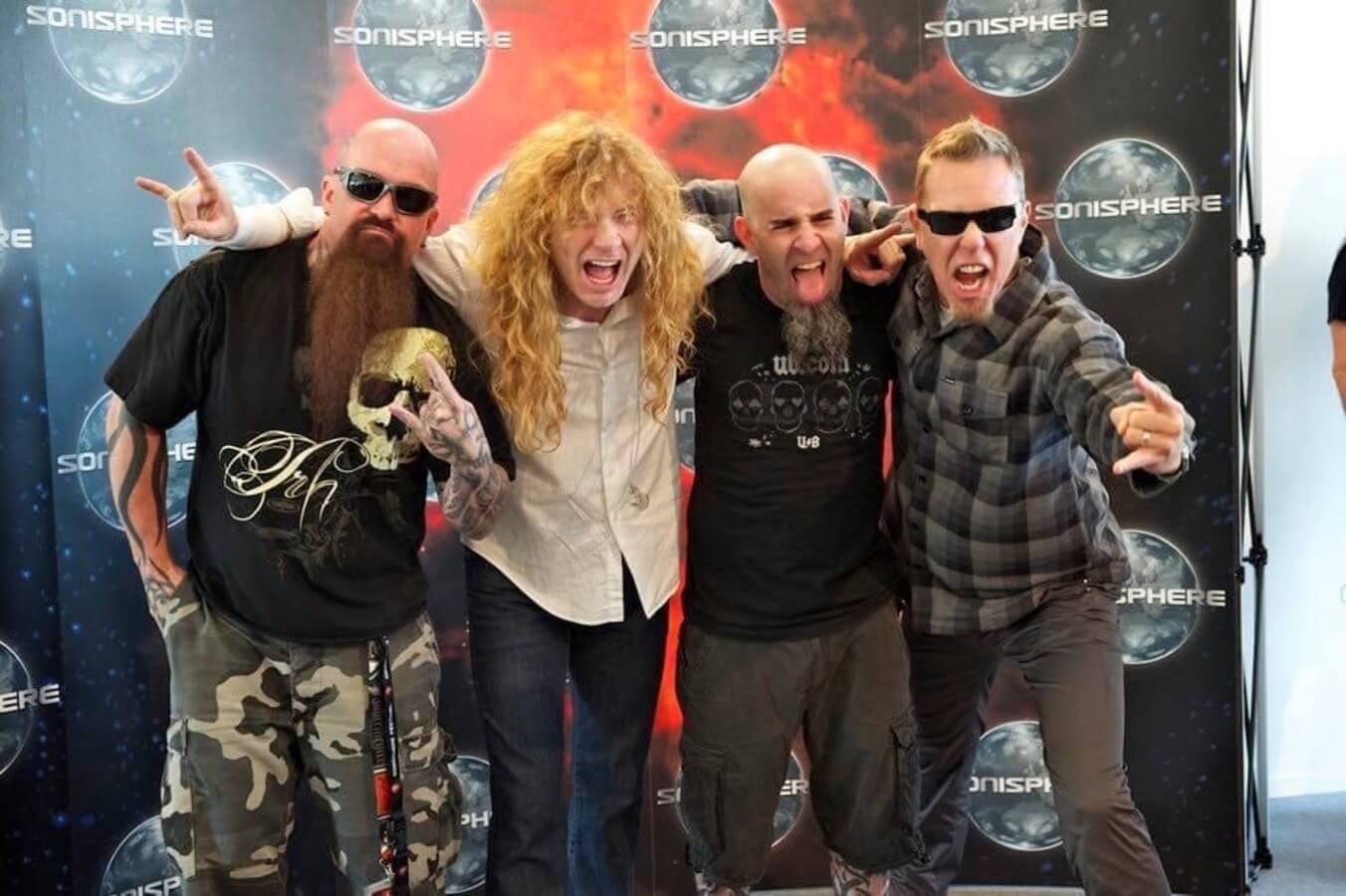 Dave Mustaine says it’s time to step out for another great Big Four concert and tour. If this would happen, alongside fellow-metal titans like Metallica, Slayer, and Anthrax.

Will be another Big Four concert?

During a new interview with Megadeth‘s Dave Mustaine, he stated that “everyone makes fun of the drumming” in Metallica. Megadeth vocalist urged his old comrades to put on another concert with fellow thrash bands Anthrax and Slayer, which would entail luring the latter band out of retirement. Now, the band members Dave Mustaine and James Hetfield get along well too.

However, Metallica, Megadeth, Anthrax, and Slayer haven’t played together as the Big Four since 2011. And Slayer hiatus in 2019. But Dave Mustaine believes he and his colleagues should try to persuade Kerry King and the members of Slayer.

Related: Best Metal and Rock Music Festivals in the USA

Here is the Dave Mustaine interview with Songfacts:

“I really think it’s time for the guys in Metallica to step up and us do one last round. See if we can get Slayer to come out of retirement and do a Big Four passing of the torch to the new Big Four. It would remain to be seen who they are. I think it would be really cool symbolically if we did something at, like, the L.A. Coliseum, even if it’s one show and that’s it.

Slayer is from Los Angeles, so it would probably make it more convenient for them to go home at night. I personally have been hoping for this for a while, and I keep asking and asking and asking. They’re [Slayer] just not into it. But that’s up to them.”

“The last time we talked [Metallica and Dave Mustaine] it didn’t end very well. Because we have some memory of a couple of things that took place when I was in the band. I remember it one way and he is saying that it happened another.

The last time we talked it didn’t end very well because we have some memory of a couple of things that took place when I was in the band. I remember it one way and he is saying that it happened another. But it’s about somebody else – it’s not even him. He’s talking to me on behalf of “you know who” [Lars Ulrich].

They wanted to release No Life ‘Til Leather – 27 songs, posters, flyers, pictures, everything. I said I would love to do this thing, and James said, “Look, we fucked up. The last three things we’ve done failed abysmally.”

He said it was Lulu, something called Orion, and there was one other thing. I think it was a film about a fan or something. I don’t know. I don’t see them as a failure. Yeah, I’d be interested. We would like to get everything right with all the history, the publishing and stuff.” And I said, “Good.” Because part of the reason why we haven’t been able to really reconcile is because I had songs that when I left I didn’t want them to record, and they went ahead and recorded them but they didn’t pay me what my share of the songs were.

James and I wrote “Metal Militia” and “Phantom Lord” – every note. And somehow, on the record [Kill ‘Em All] it says Lars gets 10%. And on “Metal Militia” that Kirk gets some of it, and he wasn’t even in the band!

And I thought to myself, you know what? When you guys did that to me before, it was not cool. I said, “Don’t use my stuff,” and you did it, and then didn’t give me my fair share. So why would I want to willingly enter into something like that? I wouldn’t. So that’s where we stand right now.

I would love to work with James. I’d like to work with Lars again, too, but I think the real talent in Metallica has always been around the guitar – everybody makes fun of the drums.

Lars is a really great song arranger. And believe it or not, I watched him on a piece-of-shit acoustic guitar write the opening riff to “Ride The Lightning.”

According to Dave Mustaine, he hopes that they’ll one day write music together again with Big Four. Watch the Metallica: Am I Evil? (Live w/ The Big 4) in Sofia performance below! 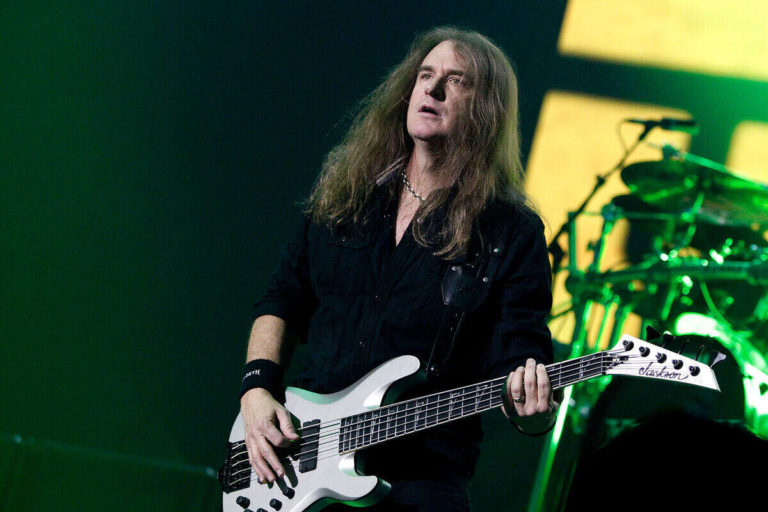 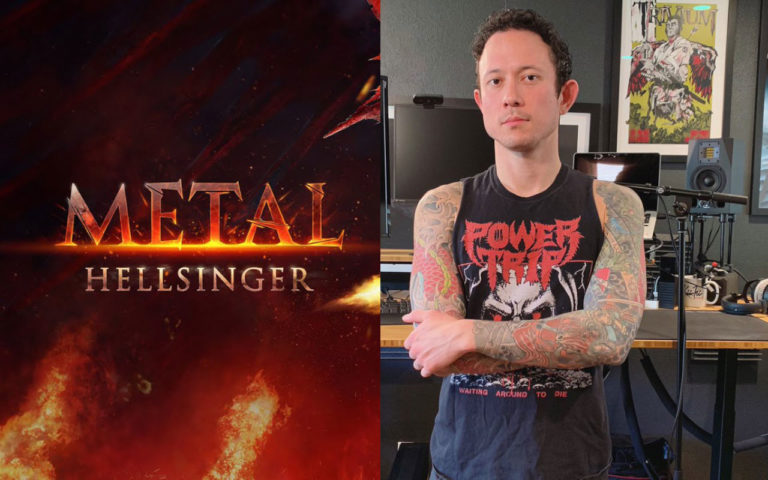 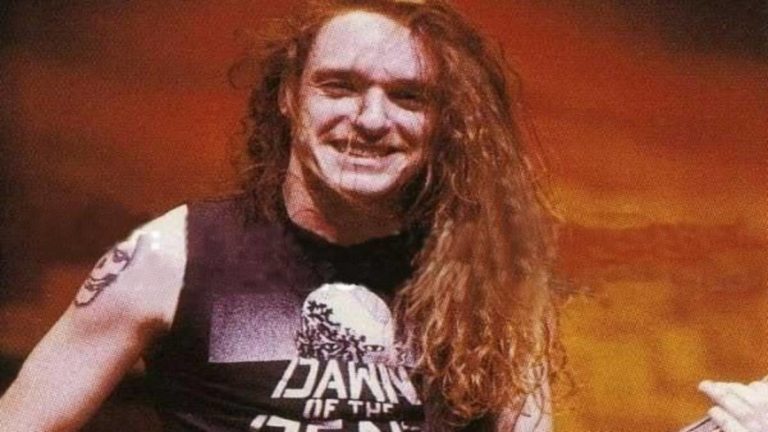 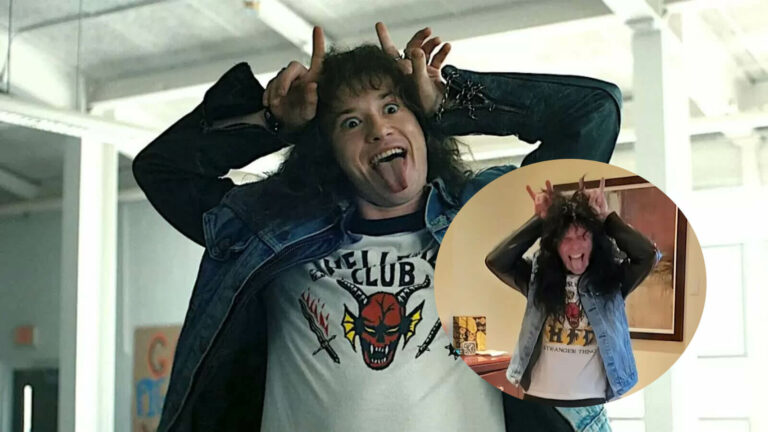 James Hetfield costumed up as a Stranger Things character for the Halloween special. He showed like Eddie Munson, a long-haired, leather-clad character. We also know him from Stranger Things who played an instrumental rendition. The band’s 1986 song “Master Of Puppets” is in season four of Stranger Things. This is also the finale’s main sequence…. 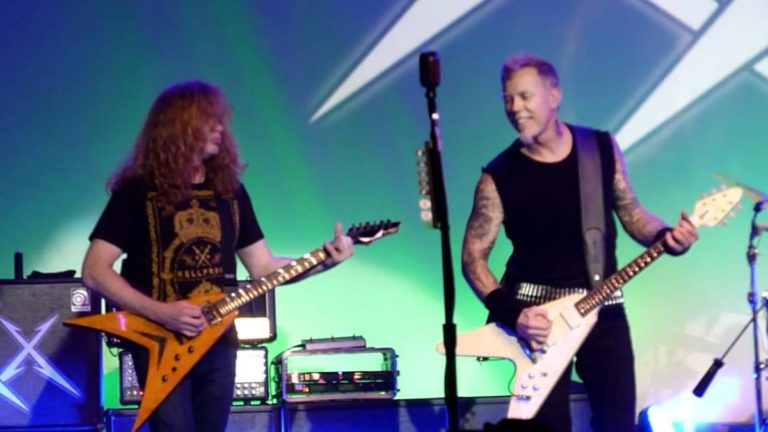