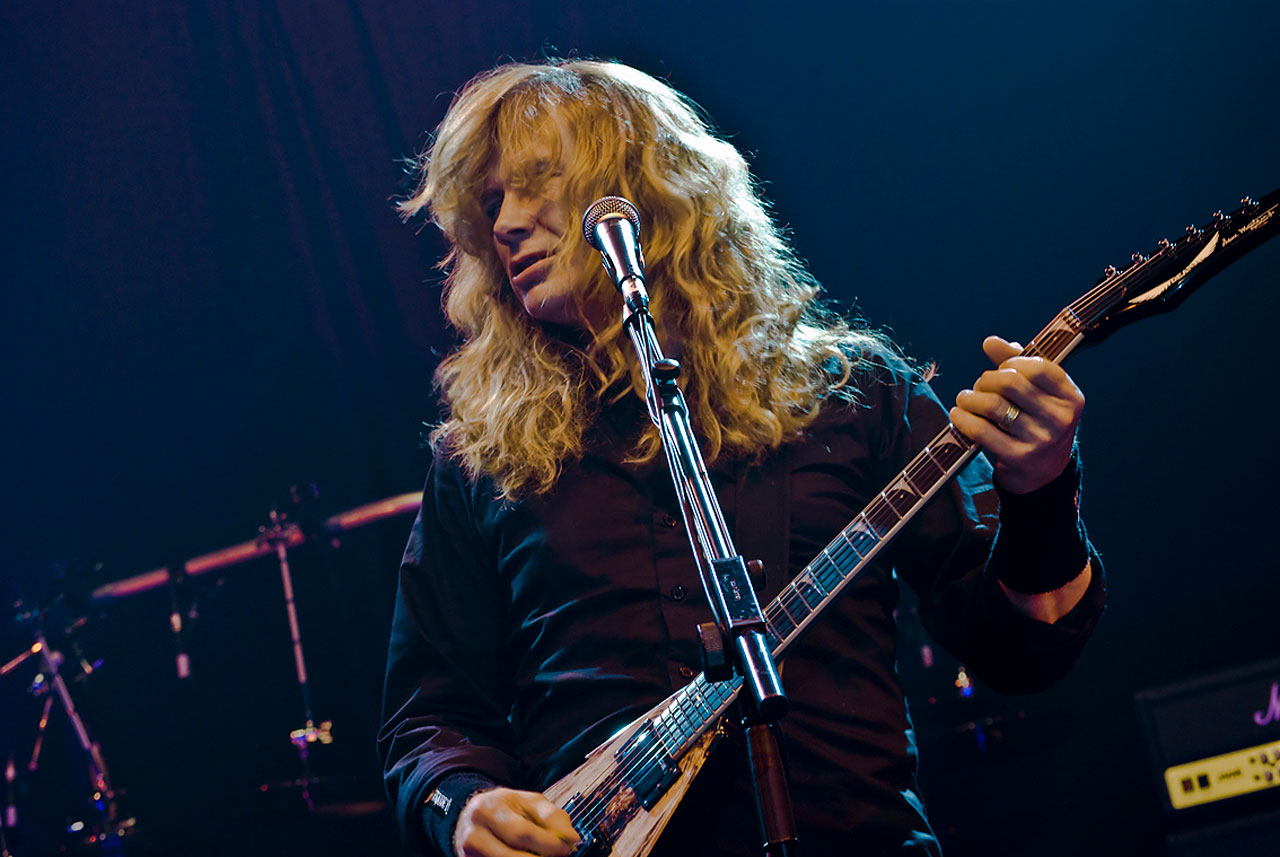 In a recent interview, Megadeth‘s frontman Dave Mustaine reveals that his top Megadeth album is likely to be the 1990’s Rust in Peace or the year 2016’s Dystopia records. Megadeth wants to release their 16th studio album ‘The Sick, the Dying… and the Dead!‘ on July 8th, 2022. He also talked about the differences between writing Megadeth’s debut albums like Killing Is My Business… and Business Is Good! and its follow-up, Peace Sells… but Who’s Buying? and said:

“The very first record we did, I had my whole life to write Killing Is My Business. On my second record, I didn’t have that luxury of time anymore. It was whatever you’ve got and whatever we can learn, and how much time there is between now and when it’s time to record the next record. That’s the scariest thing for me – the time you have to make that record. Taking this [upcoming] record off of the list, I would have to say my favorite Megadeth record up to this one is probably Rust in Peace or Dystopia. ”

He also mentioned the pandemic, fight against cancer, and other stuff in his life:

“I’m sure it could possibly be scooted forward a little bit, but I think that would actually be worse than if it stayed where it was at. We need every little bit of time to let people get everything all set up with all this pandemic shit. It’s been really difficult to ship anything, let alone records. I feel, right now, healthier than I’ve felt since I was diagnosed. I think my singing has improved and I think that’s gonna get way better too because I want it now. Before, I felt like I deserved it. Now, whether I deserve it or not, I fucking want it. I want to play, I want to go out and shred on my guitar and people go, ‘I can’t believe that he’s alive and doing that.’ ”

A few weeks ago, Megadeth‘s Dave Mustaine shared the release date of ‘The Sick, the Dying… and the Dead!’ album coming out on July 8th, 2022. Watch the interview below!

Check out the Megadeth Spring 2022 tour with Lamb of God, Trivium and In Flames:

“‘The Metal Tour of The Year’ is exactly what it sounds like – a night of some of the best heavy metal bands in the world – live and loud. Anyone who came to a show last year knows what I mean, only this one’s going to be even better. Do not miss out. ”