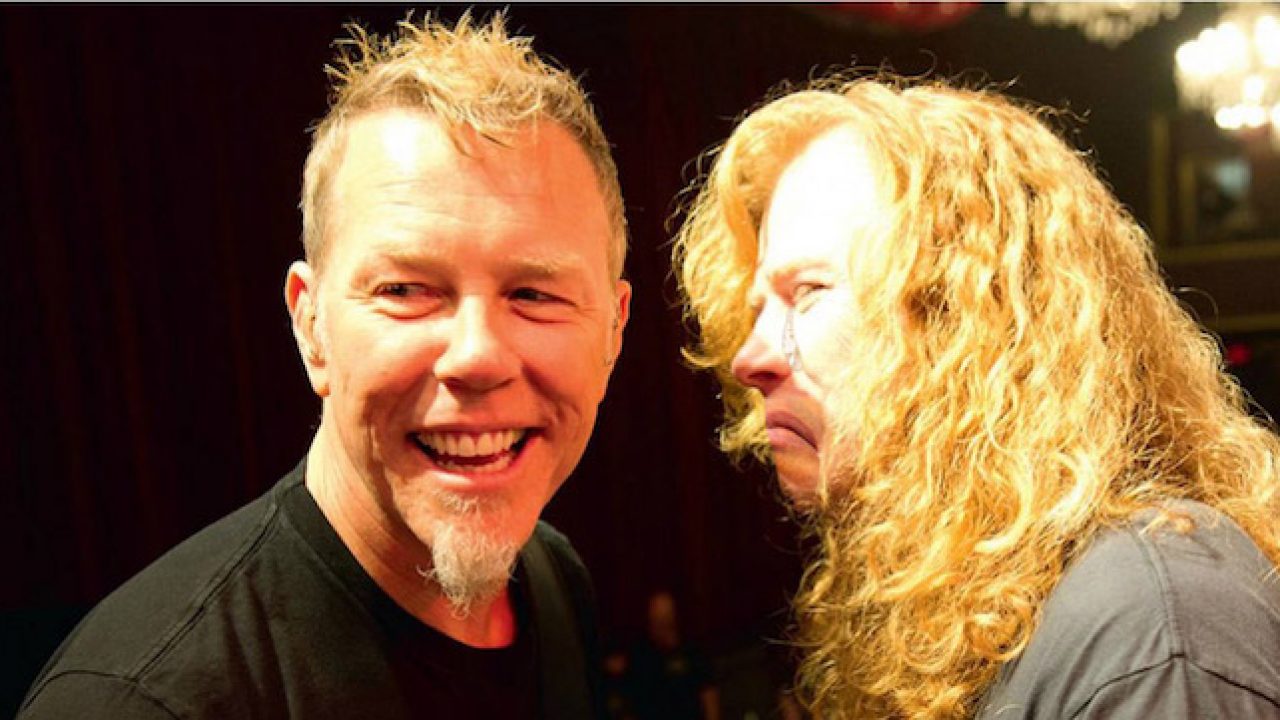 Dave Mustaine shares his thoughts about the early days of Metallica, James Hetfield, and more. After two years doctors gave him the report following treatment for throat cancer. Now, Megadeth released their latest album “The Sick, the Dying… and the Dead!” on September 2nd, 2022.

When we back to April 13th, 1983, with Dave Mustaine, it happened without warning. Metallica was already signing Kirk Hammett as their new lead guitarist. In the early hours of this day James Hetfield, Lars Ulrich, and Cliff Burton were up Dave Mustaine who was suffering from an uncomfortable hangover. He was told they needed to go home.

Dave Mustaine was part of the Metallica band as the lead guitarist for less than two years. However, during that time, he played an integral role in creating a sound that could revolutionize heavy music, namely thrash metal. In the end, his drunken rages proved to be handled by a band that was dubbed “Alcoholica”.

Dave Mustaine was fired in 1983, as Metallica began recording their debut album Kill Them All. His replacement was a stable and stable character, Kirk Hammett. In Dave Mustaine’s absence the first two Metallica albums featured songs that which he co-wrote, particularly The Four Horsemen and Jump In The Fire from Kill ‘Em All and the title track from the 1984 album Ride The Lightning.

Dave Mustaine talks about James Hetfield as insecurity and more:

“Oh no. I am clearly the alpha male between the three of us. Why did I have to do everything when I was in the band? Why did they always ask me talk to the promoters and collect the cash? Why was I the one who had to do the fighting? Why did I have to talk in between songs?

How can you expect a boy who’s twenty and the guitar player in one of the biggest new things in the world to have a grasp on reality? Everything from that point forward was a fucking feud. Everywhere I went it was: ‘So, how’s everything going with Meta… er, Megadeth?'”

His thoughts about Metallica:

No. I really don’t give a fuck. And you know what? I love those guys. I sent a text message to James just a couple of days ago after he’d said that he was insecure about his playing. I said: “James, I love you and I really like your playing.” He didn’t answer. Of course not.

Why would he? The point is I wanted him to know that I’ve had those feelings too, but I don’t now. I must remind you that when I joined Metallica, James did not play guitar. He just picked it up and started playing when I was in the band. But let’s be honest, James is one of the best metal guitar players in the world. So for him to have those feelings, that’s a lie, because he’s a mind-blowingly talented guy.

In the interview, he asked: “Have you achieved all that you dreamed of with Megadeth?”

“I had a plan: to be in the biggest metal band in the world. I don’t know, maybe it’s still ahead of me. But as far as American metal bands are concerned, there’s not many bigger than Megadeth. I would say that’s a great feat.”

Megadeth released their latest album “The Sick, the Dying… and the Dead!” on September 2nd, 2022. You can listen to the album below!