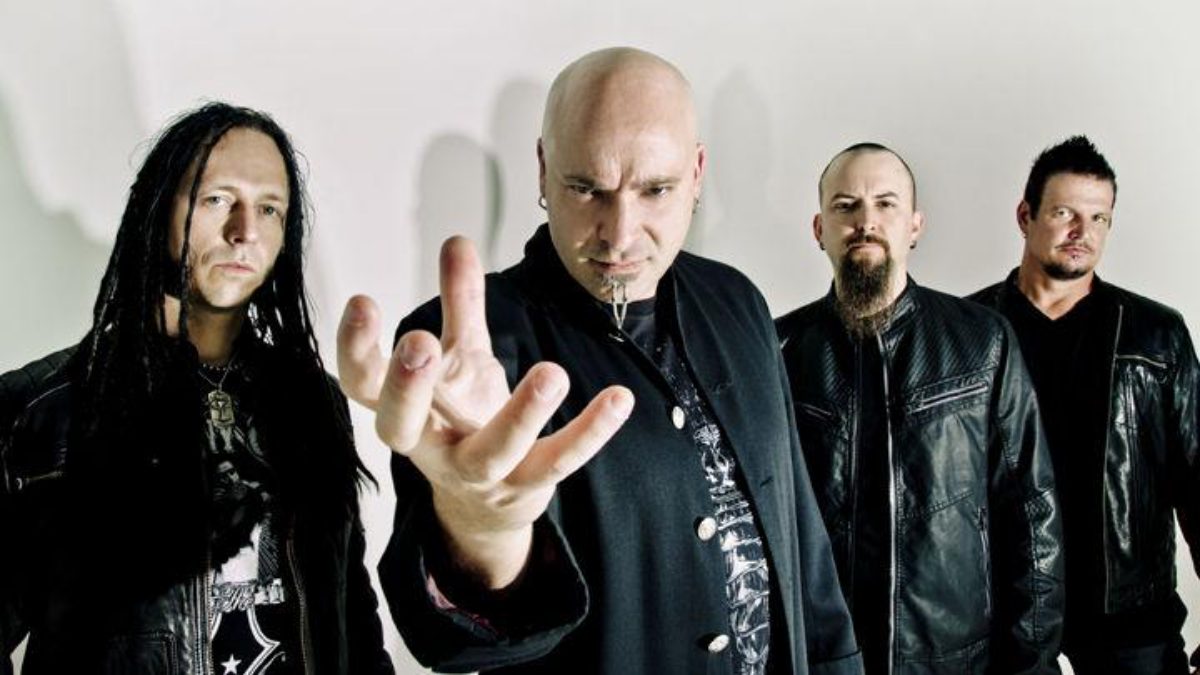 Blending the elements of hard rock and alternative, and nu-metal, Disturbed has been serving its still-growing fan base with its distinct melodic music for a long time. So, let’s see where the hard-hitting, multi-platinum-selling heavy metal band Disturbed has come so far and how, along with the band members net worth, throughout its successful career.

Throughout its successful career, which exploded onto the scene with The Sickness in 2000, Disturbed members also went on a hiatus in 2011, to focus on their side projects. They got back together in 2015, releasing a new studio album, Immortalized, which also topped charts becoming one of the genre’s most commercially successful acts and showing off the regarded band’s sturdy place in the music industry.

So, let’s see more about where and how Disturbed members’ net worth has come so far, as they influence all their fans and the rock industry throughout their ongoing careers.

Debuting in 2000 with The Sickness, Disturbed has met its stardom, selling over 4 million copies in the United States since its release along with peaking at number 20 on Billboard 200, with its debut album. But their actual huge break came with their following second album, Believe, debuting at number one. While the regarded band kept an uncontested run at topping charts, its members decided to go a self-production route again on 2010’s Asylum, there were also conflicts wandering within the group, which led them to go on hiatus after issuing a collection of rarities and B-sides titled The Lost Children.

In 2014, Disturbed started planning its return, as David Draiman and Dan Donegan wrote songs together again for the first time since 2001. So, they came up with Immortalized, which was released in August 2015 and became their fifth consecutive studio album to top the Billboard 200. The regarded band released 7 studio albums, 2 live albums, 1 compilation album, 1 extended play, 30 singles, 3 video albums, and 24 music videos, so far throughout its career.

Let’s continue and also find out about the famous metal band Disturbed members’ net worth in 2022. 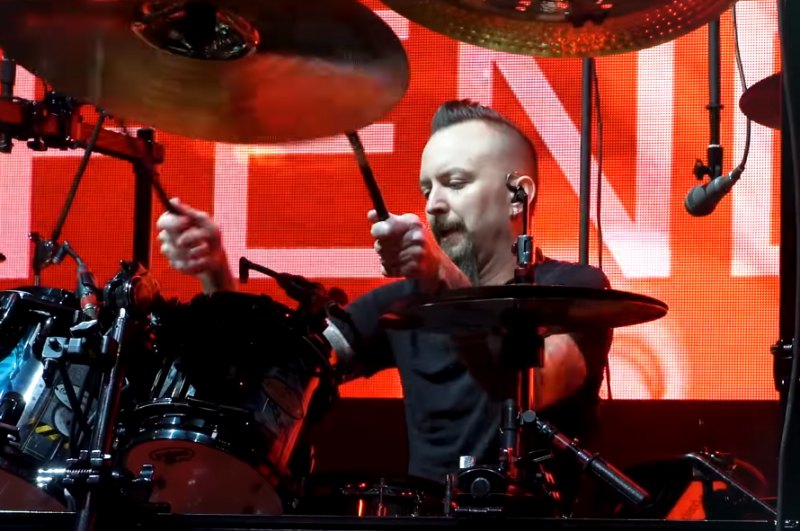 One of the founding members of the band, Mike Wengren is the drummer and percussionist, who is also best known for his bass drum techniques that have become a staple of Disturbed’s music. While the talented drummer of Disturbed has been playing drums since around the age of 10, he revealed his strongest influences as Metallica, Slayer, Judas Priest, Testament, Mötley Crüe, Pantera, Iron Maiden, and Racer X.

Outside of his tenure with Disturbed, Mike Wengren formed a side project band, named Fight or Flight, in collaboration with his bandmate from Disturbed, Dan Donegan.

And today in 2022, Disturbed co-founder and drummer Mike Wengren’s net worth seems to be $25 million. 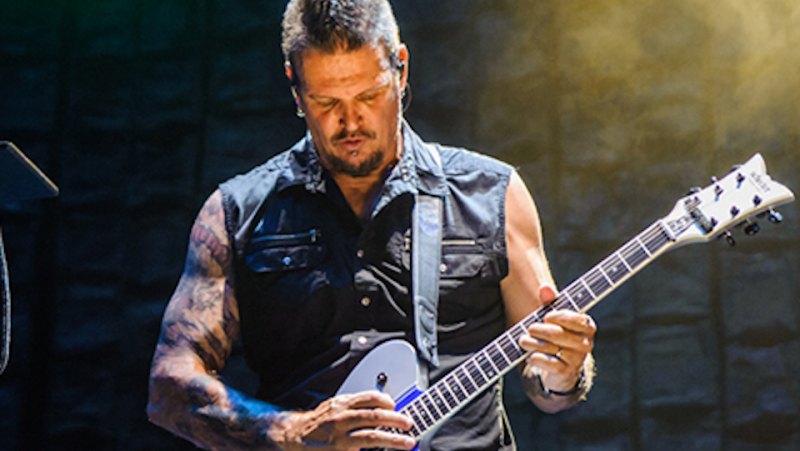 The lead and rhythm guitarist/keyboardist of Disturbed, Dan Donegan began playing guitar all by himself when he was a teenager. The long-serving member of the regarded band had formed a band called Vandal, which was a 1980s-style glam metal band before he joined in Disturbed. Dan Donegan also appeared with Loudmouth as some of the members of Vandal had been playing there.

Outside of his tenure with Disturbed, Dan Donegan formed a side project band, named Fight or Flight, in collaboration with his bandmate from Disturbed, Mike Wengren.

And today in 2022, Disturbed guitarist Dan Donegan’s net worth seems to be $25 million. 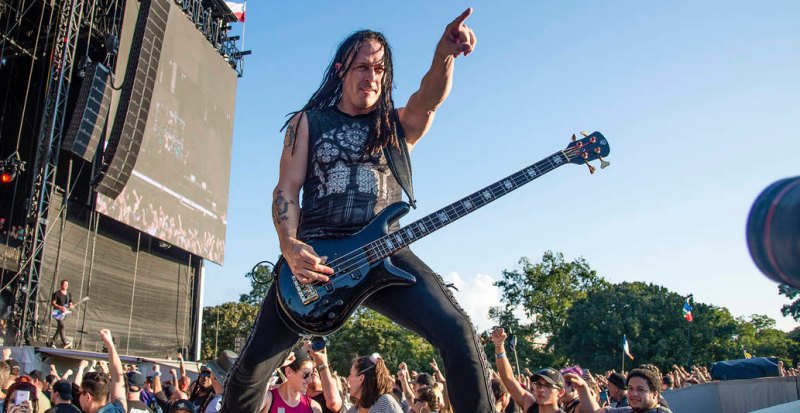 Best known as the bassist and backing vocalist for the heavy metal band Disturbed, John Moyer joined the band as a session member to replace Steve “Fuzz” Kmak in 2004, after he got fired. So, the talented bassist appeared with Disturbed after their third studio album, Ten Thousand Fists, which he played on as a session member. But it also didn’t take long for him to become a full-time member around 2005 during the supporting tour for the album.

Outside of his tenure with Disturbed, John Moyer was also the bassist of Adrenaline Mob, joining in February 2012, and remained with the band until August 2014. And the talented bassist also plays in Stereo Satellite, Art of Anarchy, as he also became a full-time member of the band Operation: Mindcrime in 2015, as well.

And today in 2022, Disturbed bassist John Moyer’s net worth seems to be $40 million. 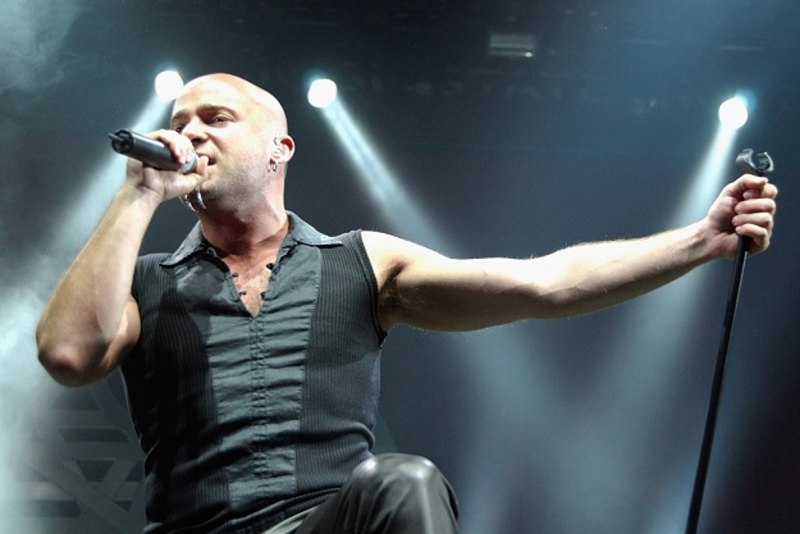 Best known for his distorted and baritone voice and percussive singing style, David Draiman joined Disturbed as the lead vocalist after its original lead singer Erich Awalt left in 1996. The talented singer also contributed to the regarded band by writing some successful singles, such as Stupify, Down with the Sickness, Indestructible, and Inside the Fire, among others.

Outside of his tenure with Disturbed, David Draiman also worked on an industrial metal project with Geno Lenardo, which was later named Device, releasing one self-titled album in 2013. The talented singer has also appeared with other famous names, such as Nita Strauss, Megadeth, Halestorm, Hyro the Hero, and Saul.

And today in 2022, Disturbed lead vocalist David Draiman’s net worth seems to be $8 million.