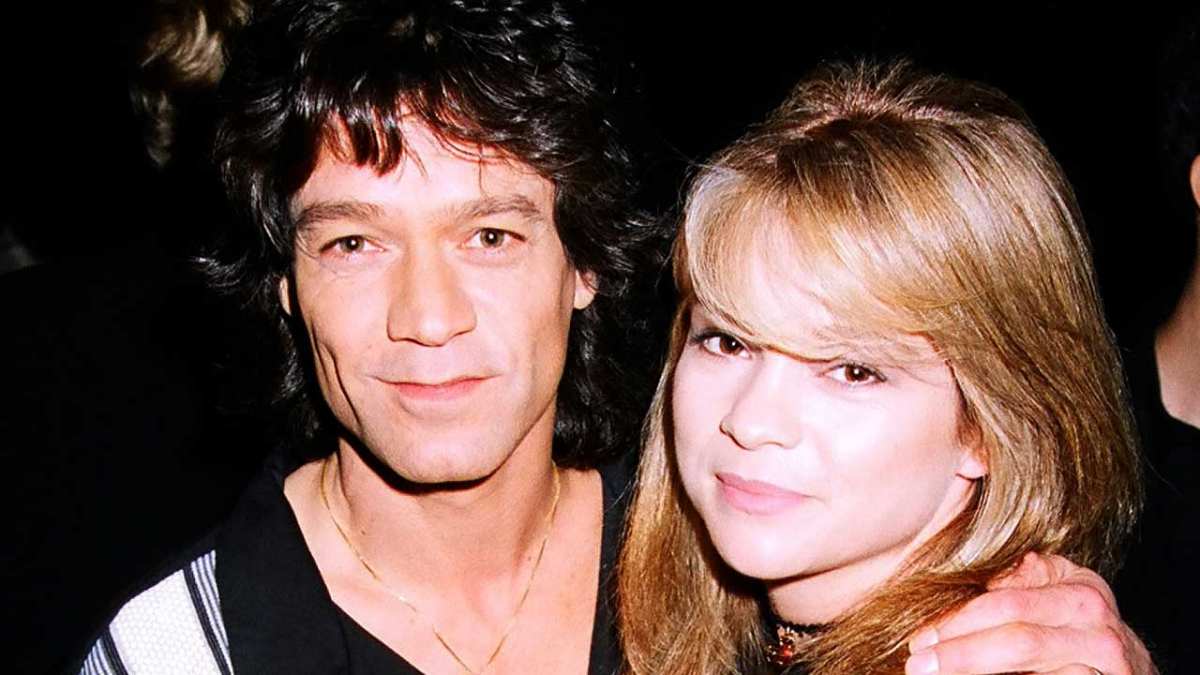 After opening up the death of the legendary guitarist of Van Halen, his first wife Valerie Bertinelli opens up more about their relationship with Eddie Van Halen in her book, admitting she’s “never felt love” like she felt for him again.

The regarded musician Eddie Van Halen has passed away a year ago on October 6, 2020, leaving a huge number of mourning people behind him. In the meantime, the regarded musician’s ex-wife Valerie Bertinelli has been promoting her new book, titled “Enough Already: Learning To Love The Way I Am Today“, which was just released on January 18.

While everyone has been stuck in a huge longing and immense anguish for the loss after the legendary guitarist had lost his battle with cancer, his ex-wife Valerie Bertinelli started to writing her book to ease her pain, Enough Already: Learning to Love the Way I Am Today, just a few weeks after her ex-husband’s passing.

“I wasn’t expecting to write a book about grief when I started it, but I was in the thick of it. It actually ended up being very cathartic to write about it,” said Valerie Bertinelli about her book, while she was promoting it with USA Today, along with admitting she’s “never felt love” like she felt for Eddie Van Halen after they had broken up.

Eddie Van Halen and Valerie Bertinelli had broken up in 2002 after 21 years passed from their wedding in 1981, but their divorce was wrapped up in 2007 as the old couple still kept their relations still on good terms, as well. Van Halen legendary guitarist’s ex-wife also touches on their good relationship more in her book, saying, “I loved Ed more than I know how to explain. I loved his soul. We were portrayed as a mismatch. The bad boy rock star and America’s sweetheart but privately, Ed wasn’t the person people thought he was and neither was I.”

During her conversation, Valerie Bertinelli also recalled their past with Eddie Van Halen, saying “Ed and I grew even closer together.” So, she continued reflecting on how they remained in each others’ lives even though they had separated in 2001.

“We couldn’t live with each other, but we found it impossible to live completely apart. I can’t make people understand this, because it’s so personal, but I’ve never felt love like that. Even though all of the horrible stuff that we did to each other, there were so many more good things. I just don’t feel like I’ve ever been loved like that, in that way, by anybody else. I just feel a connection with Ed that I’ve never really felt with anyone else… Love isn’t a big enough word for the feeling that Ed felt for me, and that I felt for him.”

On the other side, there was also an excerpt from Valerie Bertinelli‘s book that was given and shared recently before the book’s release as well, revealing an emotional moment as well that took its place in the book as the ex-wife of Eddie Van Halen told the regarded musician, “Maybe next time. Maybe next time, we’ll get it right.”

Valerie Bertinelli’s book Enough Already is now also available to be purchased if you are interested in finding out more about Eddie Van Halen and their relationship with his first wife, as well.

However, Valerie Bertinelli has also opened up about the death of Eddie Van Halen, revealing what happened during his last moments between them earlier as she also gives a place for some emotional confessions about his ex-husband’s last moments and more.