Without a doubt, Metallica is the most famous metal band. They are already known by the all-around world. They have played on the world’s biggest stages and continents that too many bands never gonna play there. Fans think that they have to know everything about the Metallica band. Still, there are some facts that casual fans do not know. In this article, we are going to list unknown facts about Metallica.

Have you known Metallica is the first band which played on all seven continents in the same year? They wanted to win the Guinness World record, and because of that, they needed to perform concerts on the seven continents of the world. That’s why the band organized a jam session called “Freeze ‘Em All” in Antarctica. Yet, this was not easy as they thought. To give a concert, they needed to build a transparent dome. Besides, they needed to hire scientists who monitored Metallica members’ and fans’ health status. We gave more details about Metallica’s live concert in this article.

Metallica’s frontman James Hetfield likes organic honey. That’s why he has his beehives in his yard. When he attended Joe Rogan‘s podcast, he defined himself as a bee hobbyist who loves organic honey.

If we look for a band to change official members constantly, we need to look at Metallica. When the band was assembled, there were eight offical members. Those members were: James Hetfield, Lars Ulrich, Dave Mustaine, Robert Trujillo, Kirk Hammett, Ron McGovney, Cliff Burton, Jason Newsted. Although he wasn’t a member, Bob Rock has co-writing credits with the band.

Besides his beekeeper, James Hetfield has a car collection. His collection includes: “1952 Oldsmobile Super 88, a couple of beautiful 1937 Fords, a 1961 Lincoln Continental, a 1936 Auburn Speedster, a 1956 Ford F-100, a 1953 Buick Skylark, an old Model T rat rod, a 1934 Packard, and the Goodguys Custom Car of The Year winner – a 1948 Jaguar he calls ‘Black Pearl.’ Rebuilding some cars from his collection, James Hetfield made calibration with the famous car designer Rick Dore. They rebuilt Black Pearl together.

When members are on stage, fans cannot take their eyes from James Hetfield‘s guitar. Every fan wonders where he bought this guitar. However, he did not purchase it. Ken Lawrence built the guitar for James Hetfield. To make this guitar, he used salvaged woods from the garage. They were using the garage as Metallica’s rehearsal space.

After Metallica recorded the “Kill ‘Em All” album, Kirk Hammet had not shown his best performance during the album-making process. That’s why Kirk Hammet wanted to take a guitar lesson from the Satriani. We can see the effect of that lesson in later Metallica albums. Kirk Hammet showed better performance.

Have you wondered how they created the cover of Load album? While creating the cover, Andres Serrano used pig’s blood and own semen. I agree that this is disgusting. However, we cannot deny that fits with the album.

James Hetfield has a writing credit for every Metallica song ever written, except one song is “Pulling Teeth.” He constantly bought the credits from the ex-band members, and he re-published this song with his record company. In this way, he is increasing his earnings.

Have you ever known Metallica to run a charity? Not only this band is the most well-known metal band in the world, but also one of the most charitable. They established a charity called “All Within My Hands.” This charity has been helping out thousands of people in the world since 2017. The charity recently donated 1.6 million dollars to community colleges.

Besides their charity, they also make donations to some other charities. They donate some money to food banks and the Hamilton Foundation. This foundation gives single mothers and their children a place to live. To the California Wildlife Relief Efforts, they founded 550,000 dollars. Moreover, while making the tour in 2018, they donated 10,000 dollars to local foundations where they stopped.

In 2020, they donated 750,000 dollars to NSW Rural Fire Service, the biggest volunteer firefighting organization, because of the fires in Australia. The band also donated more than one million dollars for bands and their crew because of the negative impact of pandemic. 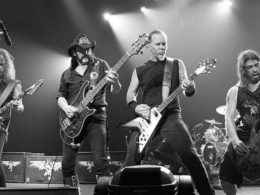 Metallica is planning something big to celebrate a very important anniversary for the band’s career. A couple of…
byBatu Demirbas
14 shares
14
0
0
No comments 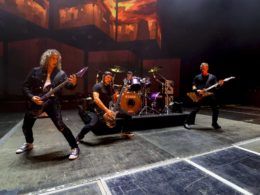 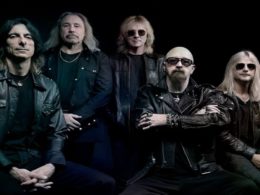 As one of the oldest and famous heavy metal bands in the music industry, Judas Priest has been…
byYaren İlayda
1 share
1
0
0
No comments 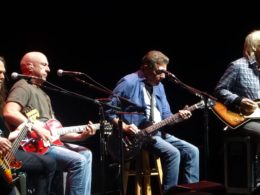 Who is richest member of The Eagles member?

Who is the richest Eagles band member? The grammy-winner American rock band, The Eagles was formed in Los…
byOmer Kaan Ayvaz
No comments