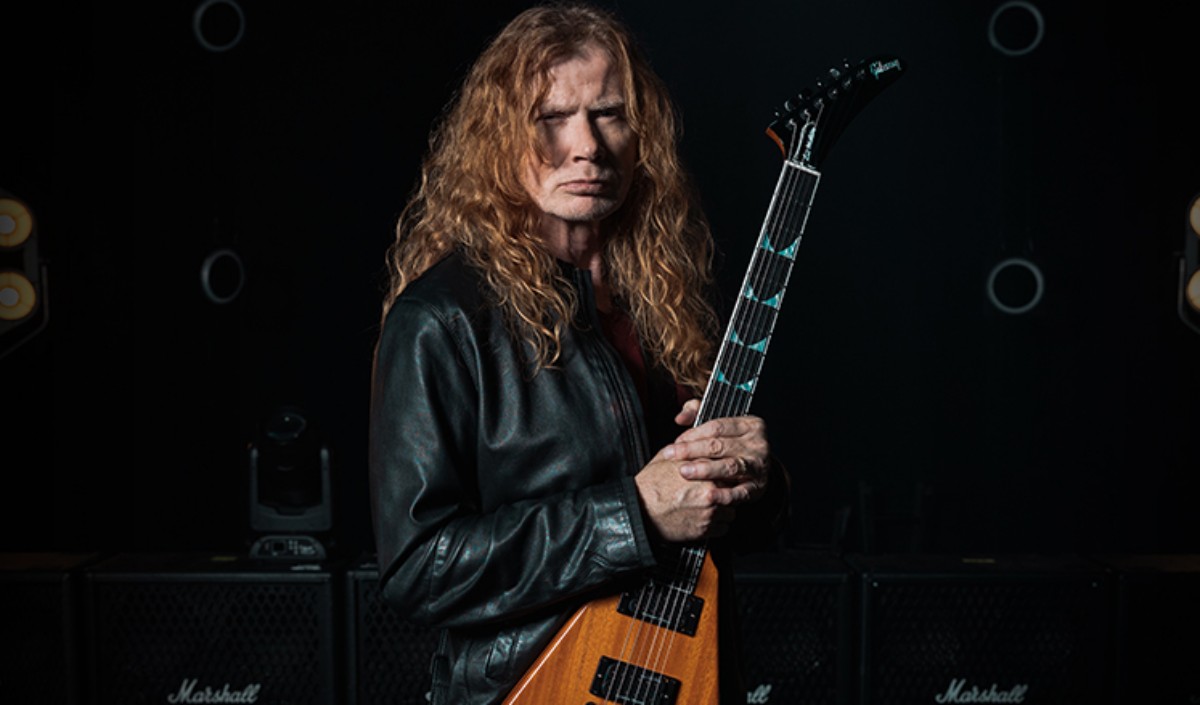 Megadeth guitarist Dave Mustaine had teamed up earlier with Gibson on a quartet of new signature guitars, which are released on December 14 and sold out in just two days!

The talented guitarist of Megadeth has revealed that he had switched his electric guitar allegiance, teaming up with Gibson, earlier this year. As everyone had been waiting eagerly ever since the company has finally released its first-ever Dave Mustaine model: the Gibson Flying V EXP‘s limited run of the debut model. And not shockingly at all, the pre-sale product already ran out, while it was listed for $2,799.

The debut signature model of Dave Mustaine was released as a really ultra-exclusive limited run, which it could only be ordered directly over the phone from the Gibson Garage in “very limited quantities.” But still, there are still more to come following the Flying V EXP, scheduled to be released with wider stock in February 2022. So, the ones who couldn’t make it to get one, may not be sorry, after all.

The Flying V EXP was presented earlier with its three other upcoming signature models, which are a green Rust in Peace edition Flying V, the Mustaine Flying V Vanguard, and the Mustaine CF-100 acoustic. You can also see the two released versions of the Flying V EXP down below.

Throughout its almost 4-decades-lasted career, Megadeth has been preparing to release its new album, titled “The Sick, The Dying And The Dead“, for a while. And finally, the regarded band’s talented guitarist and vocalist Dave Mustian has recently come bearing good news, as he revealed that their upcoming album has been mastered and is “super close” to being released, as well. And this “super close” has apparently meant spring 2022, Dave Mustaine also revealed during one of his recent interviews.

And ultimately, here are also the icon guitarist’s new signature guitars, designed and released by Gibson, commercial video, and press release, down below.