Red Hot Chili Peppers bassist Michael Peter Balzary aka Flea appeared in a new interview and talked about how it was to jam with the band along with John Frusciante after a long time, and more.

After releasing their new single “Black Summer” along with heralding that their twelfth studio album “Unlimited Love” is set for an April 1st release, Red Hot Chili Peppers has been making their fans happier than ever, lately. But one of the very reasons why all fans are so eager is not only the regarded band’s new album after six years, it is also that their upcoming album “Unlimited Love” will be marking the first RHCP album to feature their most widely popular lineup, Anthony Kiedis, Flea, Chad Smith, and John Frusciante, in sixteen years.

So, after being away from Red Hot Chili Peppers for nearly a decade, John Frusciante‘s return in 2019 made all fans smile as the band also received great acclaim afterward with the release of “Black Summer” as well. As Frusciante has brought his unique guitar tone to the band, RHCP’s magic sure came back along to present their signature style all over again. And “Black Summer” was just the deal of showcasing those among all.

Considering how their comeback affected all of us, it also became a matter of question what the band felt after finding themselves together in the studio once again. And gladly, the band’s regarded bassist Flea appeared in a conversation with K-ROQ’s Kevan Kenney and talked about John’s return and the effect of his return on Red Hot Chili Peppers as he was the one behind the idea of getting John back to the band. Flea said:

Really, the big thing is that we all speak the same language, and when he is in the band we are able to communicate with each other without speaking and create a lot of music in a really fluid way,” said Flea.

LIKABOUT is a new alternative social media network, and it’s attracting thousands of users around the globe. You can find the app in Google Play or Apple Stores, but with our own servers in the U.S. and Europe, Likabout has full autonomy and doesn’t depend on big tech.

Describing it as much more like old friends coming together after a long time of absence, rather than just professionals gathering around to make the next record, Flea continued expressing how it was to jam with Red Hot Chili Peppers most popular lineup after a decade:

“The day of our first rehearsal was – wildly – exactly 10 years from the day he announced he was leaving the band. Instead of just getting back into trying to write songs right away, or going to play old Chili Peppers songs to get in the groove, it was fun to just play covers, to do it in a really gentle and easy way, to just have fun, play songs from bands that you love – and it was more to loosely get back into what we were doing without feeling like we had to go to work.

We started writing and when we opened that tap it just didn’t stop. We wrote so much music, man. We have a lot of songs we recorded and our hearts are in every one of them.”

Formed in 1983 in LA by high school friends, Anthony Kiedis, Hillel Slovak, Jack Ironsi, and Michael Peter Balzary, the band’s lineup had been through some changes during its career, though. As the band and its members run from one success to another with no-stop, Red Hot Chili Peppers band’s current members are vocalist Anthony Kiedis, bassist Michael Peter Balzary, drummer Chad Smith, and guitarist John Frusciante, as the band’s actual and most beloved lineup.

Evanescence Members Net Worth in 2022 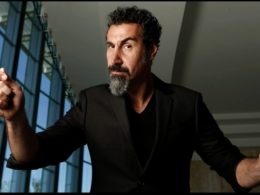 System of a Down Frontman Will Release Piano Concerto

From time to time, we see musicians do solo works that are slightly different from what they do…
byBatu Demirbas
11 shares
11
0
0
No comments 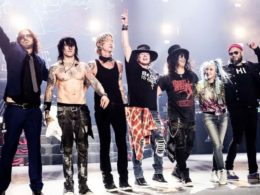 While Guns N’ Roses has been preparing for a deluxe reissue album to celebrate its 30th anniversary, there…
byYaren İlayda
No comments 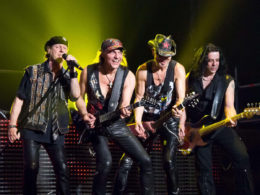 Scorpions band now working on their upcoming studio album. Their LP is now under mixing process. For mixing,…
byBatu Demirbas
2 shares
1
0
1
No comments 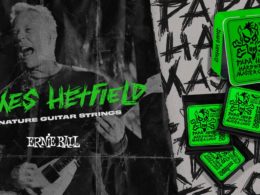