As the regarded band has been preparing for their upcoming 2022 tour in North America, Foo Fighters had to cancel its show in Formula 1 race due to “unforeseen medical circumstances.”

As 2021 is almost wrapped up, Foo Fighters have already given a start for its upcoming 2022 tour in North America. The famous rock band has recently released its 2022 North America tour dates, followed by an update due to some planning changes, as it still has several shows also left for 2021, including their Formula 1 show. And unfortunately, the famous rock band announced that they wouldn’t be performing at the Formula 1 race’s event as expected, through their social media.

This year, Max Verstappen won the Formula 1 race, as it was taken its place at the Yas Marina Circuit. And just a day before, it was announced through social media that the regarded rock band Foo Fighters wouldn’t be performing at the Formula 1 championship race in Abu Dhabi, which was scheduled for December 12. The famous band also apologized to their fans, for ‘any inconvenience or disappointment caused by this unexpected turn of events.’ And also the organizers announced that the regarded band was unable to travel for the event, confirming.

As the event was canceled at the last minute, it was alleged that one of the Foo Fighter members had to be hospitalized while they were set to board a plane in Chicago to fly to Abu Dhabi. The famous rock band’s promoter John Lickrish also made a statement about the unlucky situation of the band, saying,

“It was the band’s management telling me that once the plane landed a member of the band had to be rushed to a hospital in Chicago. My immediate reaction was to see if the person and the band were okay. Then the situation really hit me because the advance team from the Foo Fighters were already here in Abu Dhabi. The show was being set up, even the band’s gear had arrived.”

But still, there hasn’t been an official statement of the band about those unforeseen medical circumstances of Foo Fighters, as well. So, after their apologies, it is still a matter of curiosity that what happened to the band member after being hospitalized. In the meantime, EDM artists Martin Garrix and DJ Snake got on the stages at the Formula 1 race, replacing Foo Fighters in the last minutes.

Here is the announcement of Foo Fighters’ show cancellation at the Formula 1 race, down below.

Due to unforeseen medical circumstances, the @foofighters will not perform at the #AbuDhabiGP #Yasalam after-race concert on Sun. 12 Dec.

A statement from the Foo Fighters: The band apologizes for any inconvenience or disappointment caused by this unexpected turn of events. pic.twitter.com/6r5BruX23B

Ultimately, you may also want to see the regarded rock band’s upcoming tour agenda, as Foo Fighters had also made several changes on the upcoming concerts of their 2022 North America tour. 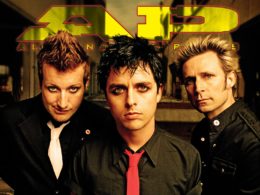 Today we have some good news for Funko Pop! collectors. American rock band Green Day is now getting…
byBatu Demirbas
No comments 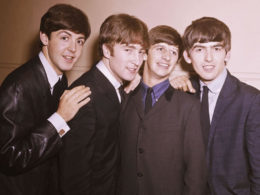 The Beatles Members Net Worth in 2022: Life, Albums and Most Earning Member 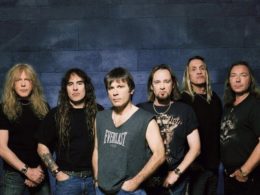 Iron Maiden Members Net Worth in 2022 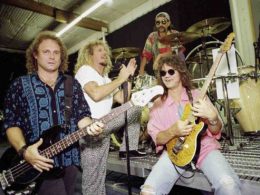 Restoring hard rock to the forefront of the music scene, Van Halen had always stormed the stages up…
byYaren İlayda
No comments