Megadeth recently part ways with David Ellefson, now the former bass player. The reason behind that was a sexual video of Ellefson. Megadeth’s former producer Max Norman talked about this decision.

Why did Megadeth part ways with David Ellefson?

Earlier this month, David Ellefson was involved in a video scandal. These videos were about Ellefson and an underage fan. His text messages and explicit FaceTime videos took place on the internet after accusations. After that videos, the girl in that videos also shared her part of the story saying she was never underage. During that process, Megadeth stated that they were following the matter closely. A couple of days after that statement, Megadeth shared the information that they separated their ways with the bassist David Ellefson. You can check the band’s statement on that matter below.

The famous heavy metal band worked with Max Norman in the ’90s for their albums. Norman mixed Megadeth’s 1990, 1992 and 1994 albums “Rust In Peace”, “Countdown to Extinction” and “Youthanasia”. During his interview on The Metal Voice, he talked about David Ellefson. On this topic, Norman says that he can understand Dave Mustaine for the decision to separate ways with the bassist. He also says that he can’t “unsee it now”. Norman shared his thoughts on that topic as below:

“I feel sorry for David, he made a mistake, it was a silly thing to do, I feel sorry for him. I also have kind of mixed feelings about this. I understand Mustaine removing him from the band. The one thing that Dave Mustaine will not tolerate is being made fun of because of his upbringing I guess and because of the way he is. I think he thought about this and thought about it. It’s a brand he has to protect.”

After mentioning that he has mixed feelings on this, he also mentions David Ellefson’s part of the story. Norman touch upon the allegations about David Ellefson being pedophilia. He also describes Ellefson as a nice guy and gives him some friendly advice.

“I certainly don’t think he is a pedophile. He’s guilty of probably what 90 percent of the other musicians out there have done at one stage or another. But when you have that position and responsibility… It feels a little weird because he’s a pastor, and so you’ve got this religious thing there as well.

If David sees this, maybe he’ll do this — but I do think that he should apologize publicly to his wife and his family for the embarrassment. And maybe to MEGADETH too”

Even though this is the latest conversation from the band or someone close to the band, we may see some others in the upcoming time. Megadeth is going to take part in the upcoming event “The Metal Tour Of The Year” on August 20. They are also expected to be on stage in Iowa for Knotfest in September. After the dismissal of David Ellefson, Megadeth still hasn’t released the name replacing Ellefson.

Jason Newsted Is NOT The New Megadeth Bassist 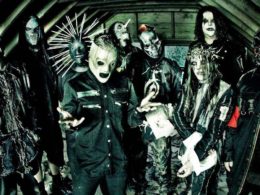 Slipknot’s Clown Talks About Their Fights During Iowa Album 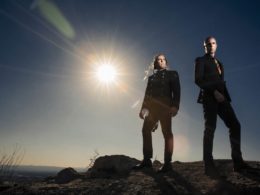 A Perfect Circle’s Billy Howerdel Interview and Thougths about Maynard 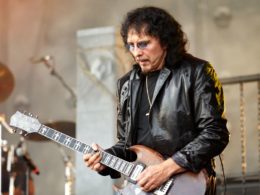 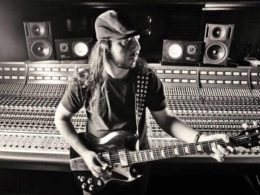 As the lead guitarist and vocalist of the famous metal band System of a Down, Daron Malakian is…
byYaren İlayda
1 share
1
0
0
No comments