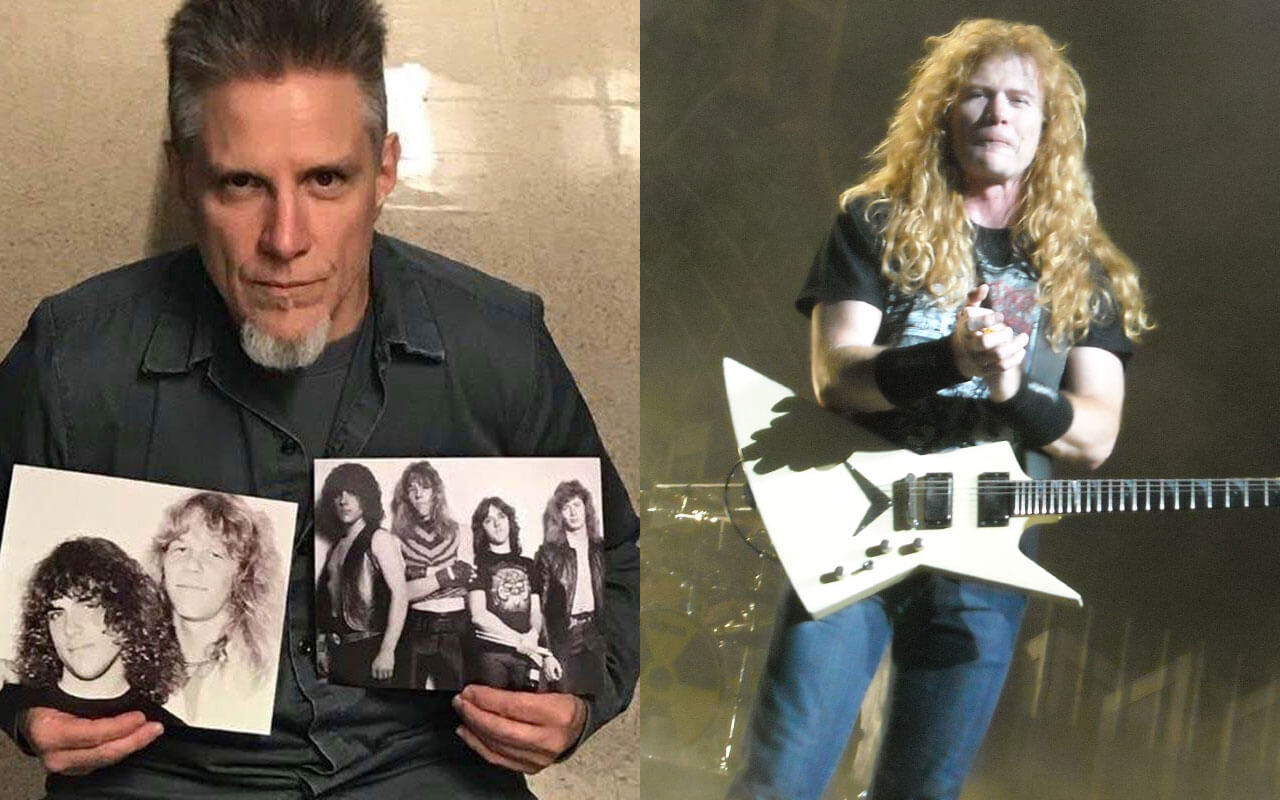 Former Metallica bassist Ron McGovney reveals his thoughts about Dave Mustaine‘s latest ‘Alpha Male’ comments and interview. Because Megadeth frontman Dave Mustaine points out some comments regarding his days as a Metallica member.

Ronald J. McGovney is an American musician, best known as the original bass guitarist in Metallica between October 1981 to December 1982. After that, his place changed with Cliff Burton. He also knows Dave Mustaine when he played for Metallica.

In his most recent interview on Classic Rock, Dave Mustaine remembers James Hetfield as insecure. Also, he plays in the former friend of his (James Hetfield) recent struggles with mental health. But, Ron McGovney does not agree with him.

“Oh no. I am clearly the alpha male between the three of us. Why did I have to do everything when I was in the band? Why did they always ask me talk to the promoters and collect the cash? Why was I the one who had to do the fighting? Why did I have to talk in between songs? How can you expect a boy who’s twenty and the guitar player in one of the biggest new things in the world to have a grasp on reality? Everything from that point forward was a fucking feud. Everywhere I went it was: ‘So, how’s everything going with Meta… er, Megadeth?’

No. I really don’t give a f**k. And you know what? I love those guys. I sent a text message to James just a couple of days ago after he’d said that he was insecure about his playing. I said: “James, I love you and I really like your playing.” He didn’t answer. Of course not. Why would he? The point is I wanted him to know that I’ve had those feelings too, but I don’t now. I must remind you that when I joined Metallica, James did not play guitar. He just picked it up and started playing when I was in the band. But let’s be honest, James is one of the best metal guitar players in the world. So for him to have those feelings, that’s a lie, because he’s a mind-blowingly talented guy.

However, this interview remains different things for former Metallica bassist Ron McGovney. And, on Twitter, Ron McGovney, who played in the group between 1981 and 1982 prior to when Cliff Burton joined the band in 1982, posted a comment on a different article about the same subject in which he said:

“Dave [Mustaine] talked to the promoters? Collected the cash? James [Hetfield] didn’t play guitar before Metallica? That’s not how I remember those days. Just the opposite actually.”

Dave talked to the promoters? Collected the cash? James didn't play guitar before Metallica? That's not how I remember those days. Just the opposite actually.