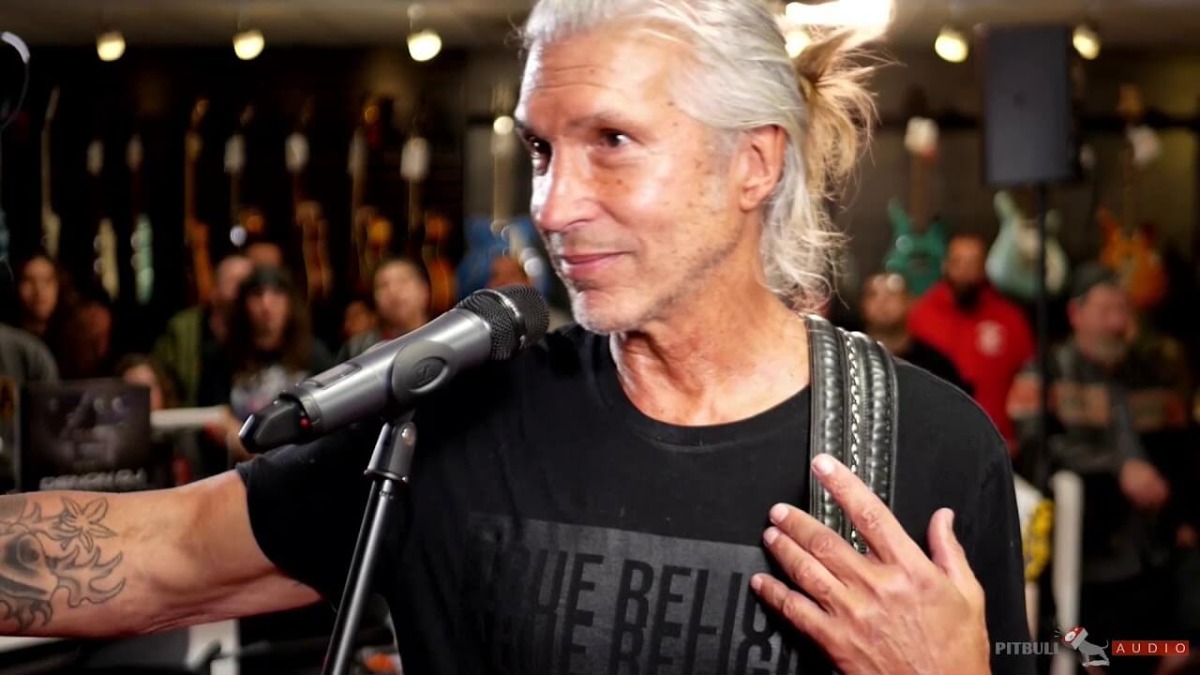 George Lynch revealed he doesn’t know music theory. He also explained why he doesn’t need to learn music theory on his recent appearance on The Jasta Show.

Recently, George Lynch attended The Jasta Show. The Jasta show’s Brian asked  Gorge Lynch, a former Dokken guitarist, various questions. However, the most eye-catching question is about the importance of knowing music theory as a guitar player. This answer has waited for a long time. When George Lynch heard the question, he answered it without hesitation:

“I’ve come to think that that depends on if you’re inclined to think that way. The point is that I’m not capable of learning that stuff. And I’ve tried probably half a dozen times in my life seriously to apply myself. Initially enrolled in GIT and hired teachers and tutors and studied this and that. Every kind of studying thing you could think of – books and DVDs. And I just cannot put it down, I can’t learn it. And I don’t need to, I guess. Even though I’m convinced I’d be a better player if I could. And other people live in that world and thrive off of it. I think it’s just a different way, they’re wired differently, and that’s what they need to do to get there. It’s wherever you need to do to get there.”

At the end of the interview, they talked about how it gets more difficult to learn things when you get older. Gorge Lynch said about this situation:

“Our brains aren’t adapted to learning new stuff as easily as we get older. And music is just another language. And it’s like math, too. My oldest son wanted to be a guitar player like his dad when he was a kid. And then he was my roadie in Dokken for a while. And he was very excited. And he had sort of my same style and everything. But I didn’t want him to do that. Because it’s not anything you can depend on for very long. laughs It’s a hard way to make a living. Could be, anyways, to be making a consistent living with family and all that kind of stuff. And he had two kids and a wife and family. But he went to GIT.”

“The company that owns ESP also owns MI (Musicians Institute). And so I worked it out with him. And he went for a couple of years, I think. And it opened up math aptitude and his brain because it’s intervals it’s math. And he became a mathematician. And he plays guitar on the side in his church band on the weekends for fun with his friends. And that’s all he needs to do. And he loves it. But the theory correlated to this aptitude for math skills and he’s a chemical engineer at Siemens Corporation. Which is awesome just because the name Siemens Corporation is awesome.”

If you want to learn more about George Lynch, you can watch the entire interview below.

What do you think about this situation? Should guitar players learn music theory? You can share your thoughts below.