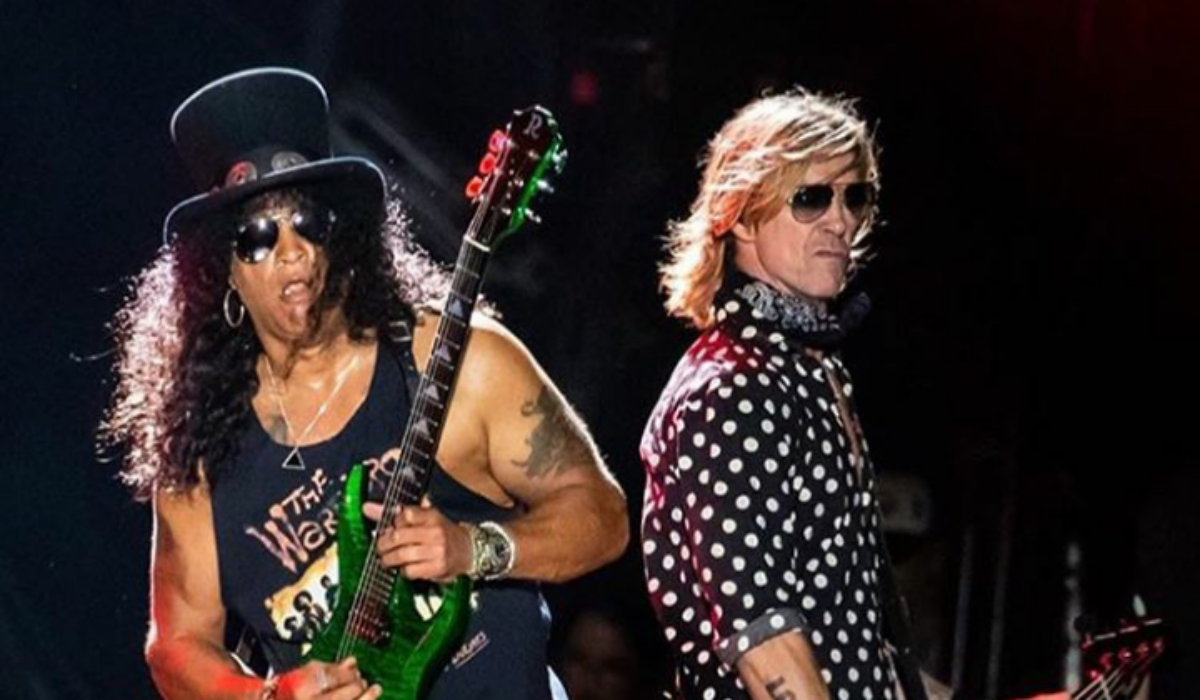 While Guns N’ Roses has been preparing for a deluxe reissue album to celebrate its 30th anniversary, there has been an old interview of the regarded band that came along amusing all the fans. Who said one of the most hard-rocking bands of all time can’t have a great sense of humor, right?

During the Use Your Illusion albums‘ support tour in Australia back in 1993, apparently Slash and Duff McKagan were guested in a press conference by Norman Gunston. And we assure you that seeing the talented members of Guns N’ Roses struggling to make it through the rest of Gunston’s sweating question is just hilarious to watch, as you will also be able to see its video shortly after, down below.

After Gunston stands up to ask Guns N’ Roses’s Slash and Duff McKagan question, Slash immediately starts taking on the interviewer, pointing out his repetition, and says Oh we heard about you.”

So, Slash replies that they don’t wear bandanas, which Gunston rejected saying Axl Rose actually does that. So, Slash accepts while laughing and says, “Oh, it’s gonna be one of those things, right. I just woke up man, I’m not ready for you.”

On the other side, Guns N’ Roses guitarist Slash has revealed some exciting news during a recent interview. During his appearance, the regarded musician heralded that “There’s new Guns material coming out as we speak,” giving fans the news that they have been waiting eagerly for a long time.

Many of us know that Guns N’ Roses went through little tempestuous times in the past when Slash had parted his ways with the regarded band back in 1996. So all fans had started waiting hopefully for a long time for them to reunite as a rumor showed up back in 2015, kindling all fans fire up. Eventually, they didn’t come out that wrong from the situation as somehow Guns N’ Roses revealed that they would be headlining 2016’s Coachella Festival in California along with Slash and also fellow original member Duff McKagan, too.

In the meantime, there has also been new progress for the upcoming 2022 Australian tour of Guns N’ Roses announced that the band will be receiving more financial support in rescheduling assistance from the Australian government’s Restart Investment to Sustain and Expand (RISE) program. Originally scheduled to kick off last month, Guns N’ Roses Australian tour was pushed back to November 2022 due to the ongoing pandemic.

Guns N’ Roses guitarist Slash also revealed earlier that the regarded band has also rolled up its sleeves to put together a deluxe reissue of the “Use Your Illusion” albums for a tentative summer 2022 release for their 30th anniversary while Slash has also been promoting a new album, titled “4”, with Myles Kenedy and The Conspirators, which also is super close to the land on February 11.

Ultimately, you can watch the whole amusing interview of Guns N’ Roses witty duo, Slash and McKagan, as they also are known for being quite an entertaining duo during the interviews.