Halestorm band is set to release a new single, ‘Back From The Dead’ on August 18.

“It would be much easier to sink into the hole I’ve dug for myself, the grave this world, broken trust and toxic relationships, anxiety, depression, pressure, pressure, anxiety, and guilt have helped me create. This is not me. Do you find it more difficult to get up from the blackness in my head? Yes. However, no one said that being your best self was easy. Self-love is a full-time job. Music is always there to help.

My empowerment is in the words and messages I have written for others. It is my life light. I get my nutrients from a high-powered muse, a fickle, but gracious muse that allows me to balance my emotions and create my destiny. It is a reminder of how to love and who I look back at in this house full of mirrors. Sometimes a reflection is bent but never broken. Music is a way to heal and we can rock on, knowing we are not the only ones going through this. We march together through the fasts and with our horns raised. Hell cannot stop us.”

HALESTORM spent the last few weeks recording its new album in preparation for a tentative release in late 2021.

Lzzy Hale talked about progress in recording sessions for Halestorm’s follow-up album to 2018, “Vicious”, during a SiriusXM “Trunk Nation Virtual Invasion” on June 11. She stated, “It’s going great. It’s actually kind of at the eleventh hour. All is beginning to congeal and reveal itself. We are now at the tail end. Already, we have the first single selected. That just happened. You’ll hear music soon enough.

Hale then went on to reflect on the songwriting process of the new Halestorm album. Some took part in the tour after it was halted due to coronavirus precautions. She stated, “I think many of us have been questioning, over this past year and change about why I am still doing it? Without touring, who am I? Without all the things that make my daily life normal, who am I? We took it, or at least I did — I can’t speak on behalf of the guys, but I started writing when there were no schedules. Because we didn’t know what was going to open up, so I began writing to have that be my escape, my stage. This record contains a lot more of that. It’s a lot about me putting myself in that spot, being surrounded by people who love the same music as I do.

She said, “He’s so passionate about music and he’s just an avid fan.” And I know that sounds strange — oh yeah, a music producer who isn’t a lover of music. There are many of them. They aren’t fans of your music. It’s great to work with someone who loves the same music as you and knows how we can achieve it.

She explained that she’s written so much material for the record and ended up throwing it out, rewriting, or whatever. People don’t realize that you need to be willing and able to put in so much effort to make sure it’s perfect. “Cause you don’t want to look back and say, ‘Oh! I should have said that.’

HALESTORM‘s most recent release was “Halestorm Reimagined” from last year. It features a mix of original songs and a cover version of “I Will Always Love You”, which Whitney Houston and Dolly Parton made famous.

Lzzy and her brother Arejay started the band while she was in middle school. In 2003, Joe Hottinger was joined by Josh Smith, who was then followed by Josh Smith in 2004.

Halestorm won a Grammy Award in December 2018 for “Uncomfortable”, their song. Six years prior, the band won their first Grammy in the category “Best Hard Rock/ Metal Performance” with “Love Bites (So Do I). According to Grammy’s website Lzzy was the first woman to win a Grammy in this category. 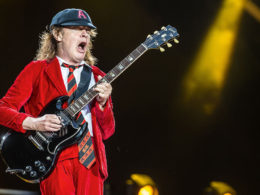 Jimi Hendrix is one of the greatest musicians and guitarists of his time. And some people even consider…
byBatu Demirbas
No comments 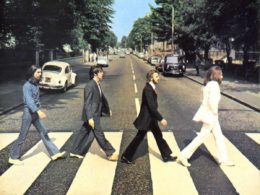 All The Beatles core albums in order according to chart ranks 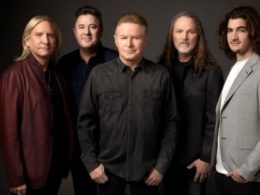 No one can turn face to a little nostalgia, especially if it comes from one of the most…
byYaren İlayda
No comments 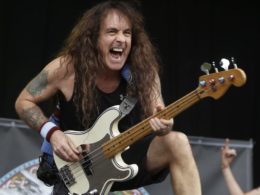 It’s not very rare to see musicians reacting to other bands’ and musicians’ work. And when the reacting…
byBatu Demirbas
20 shares
20
0
0
One comment