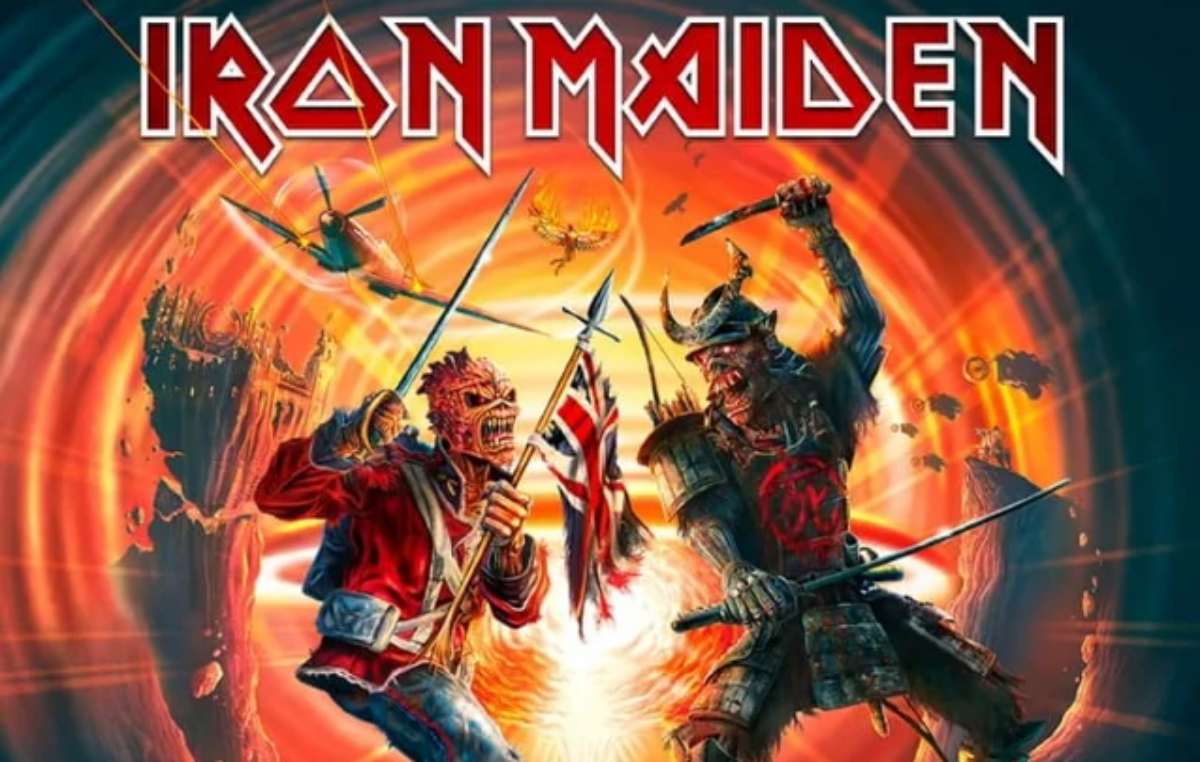 One of the greatest heavy metal bands of all time, Iron Maiden is finally coming back with the 2022 tour to North America to meet its fans in 2022, after a long time.

Formed in 1975 in London by Steve Harris, Iron Maiden started playing live gigs in the mid-1976. The legendary group recorded its first demo in 1978 before it had a recording contract with EMI in 1979. As the group’s initial members consisted of vocalist Paul Di’Anno, drummer Doug Sampson, guitarist Dave Murray and Harris himself. And after some changes during the years, the last situation of the group’s members includes Steve Harris as the bassist, back-vocal and keyboardist, Dave Murray as the lead and rhythm guitarist, Adrian Smith as lead and rhythm guitarist, back-vocal, studio keyboardist, Bruce Dickinson as the lead vocalist and the pianist, Nicko McBrain as the drummer, and Janick Gers as the rhythm guitarist.

And finally, the beloved band announced that they’ll be bringing the Legacy Of The Beast world tour, whose production and setlist are inspired by Iron Maiden’s award-winning mobile game with the same name, also to the cities they haven’t performed for a long time. The upcoming 2022 tour of Iron Maiden will be produced by Live Nation, as it also will have several songs from the regarded band’s new studio album, Senjutsu. And this is one of the real points that makes fans more eager to meet Iron Maiden after a long time, as the band will be performing their new album live for the first time. In addition to all, the Legacy Of The Beast Tour 2022 will guest special names as well, which are Trivium, and Within Temptation.

Rod Smallwood, the manager of Iron Maiden, made the announcement:

“Next summer we will finally get to play the huge European stadium tour for the ‘Legacy Of The Beast’, and the new show will be even more spectacular. So after our visit to Rock In Rio in early September 2022, we decided to take it back to our fans in North America too, but in cities or venues, we didn’t play in 2019, including some we haven’t visited in many years, like El Paso, Spokane, Sioux Falls, Columbus, Hamilton, Ottawa, and Greensboro.

We’ll be making a couple of additions and changes to the production and setlist to include some songs from our new album, ‘Senjutsu’, and are making the 2022 version of ‘Legacy Of The Beast’ even more spectacular than the acclaimed original show. You can be sure that we will still be featuring all the ‘hits’ and the key elements of the original tour like the Spitfire, Icarus, Hell, flamethrowers and pyro, and the rest — but we will shake it up a bit and Trooper Eddie will have serious competition in the new ‘Senjutsu’ ‘world’ we are adding.”

MAIDEN vocalist Bruce Dickinson adds: “We’re really looking forward to our return to North America so we can bring the ‘Legacy Of The Beast’ show to places we didn’t get to in 2019 and to other cities we’ve not played for many years. I’m really excited about the new additions and changes to the stage production and we can’t wait for everyone to see what we’ve got planned. The whole band has really enjoyed the ‘Legacy’ tour and now we just can’t wait to get back out on the road to play live, have fun and see everyone again.”

As the registration for first access to tickets is already opened via Ticketmaster’s Verified Fan platform, the deadline for this access will remain until 10:00 p.m. ET on December 5. In addition, also a Trooper VIP hospitality upgrade is on its way to be announced closer to the tour dates, while Verified Fan pre-sales will be beginning on December 8 at 10 a.m. local, and end December 9 at the same time. Ultimately, the rest of the tickets will be able to be purchased after December 10 at 10 a.m. local time.

And before we finish, here are the announcement poster of the regarded heavy metal band Iron Maiden, along with the Legacy Of The Beast North American tour dates down below. 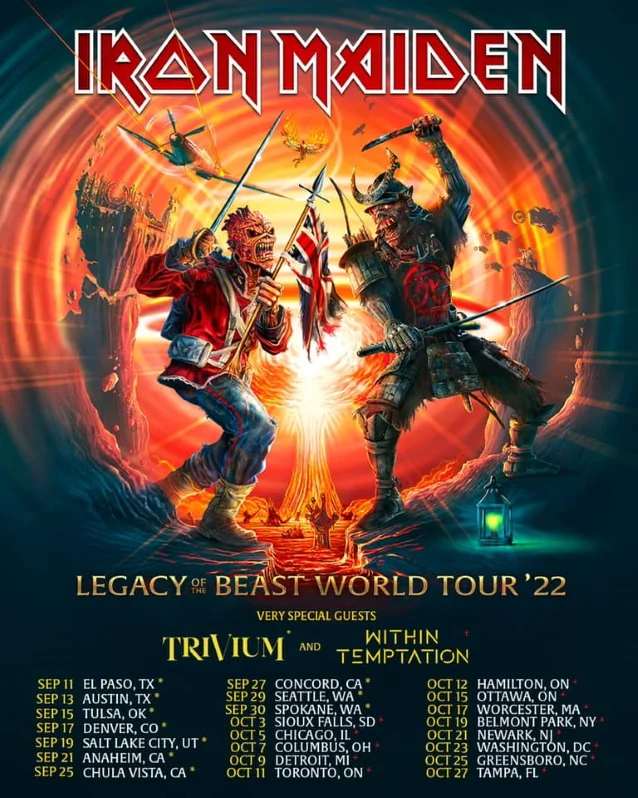