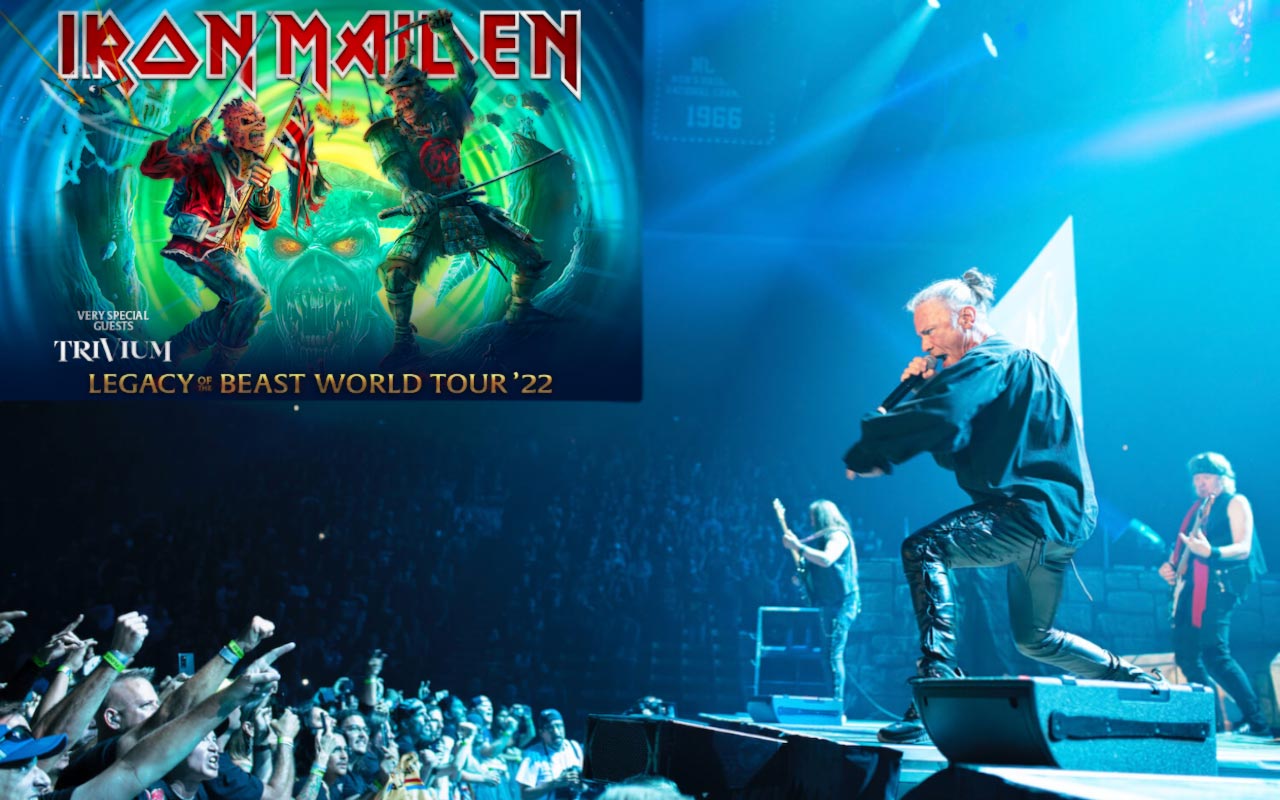 For this first concert, also special guest Trivium staged the show. But the night belonged, of course, to the NWOBHM titans and their zombie mascot Eddie the Head, now in samurai and Senjutsu set.

Iron Maiden band is already touring across 2 countries and has 23 upcoming concerts this year (2022).

Is Legacy of the beast the last Iron Maiden tour?

The Legacy of the Beast World Tour is a concert tour by the British metal band Iron Maiden. This is not the last Iron Maiden tour more tours are coming next year.

Yes, Iron Maiden is kick-off on tour, and Trivium is the opening act for them. You can check the upcoming Iron Maiden 2022 North American tour dates below!

Bruce Dickinson also talked about the Legacy Of The Beast World Tour 2022: “I’m really excited about the new additions to the stage production and we can’t wait for everyone to see what we’ve got planned. The whole band has really enjoyed the Legacy tour and now we just can’t wait to get back out on the road to play live, have fun and see everyone again.”

The tour manager of the band added:

We’ll be making a couple of additions and changes to the production and setlist to include some songs from our new album Senjutsu and are making the 2022 version of Legacy of the Beast even more spectacular than the acclaimed original show.

You can be sure that we will still be featuring all the “hits” and the key elements of the original tour like the Spitfire, Icarus, Hell, flamethrowers and pyro, and the rest. But we will shake it up a bit and Trooper Eddie will have serious competition in the new Senjutsu ‘world’ we are adding.”

Check the tour photos below!

This is the first time of songs from their most recent studio album, “Senjutsu” which includes the title track as well as “The Writing on the Wall,” along with classics from the past like “The Trooper”, “Run to the Hills” and “The Number of the Beast.”

What is the name of Iron Maiden’s latest album?