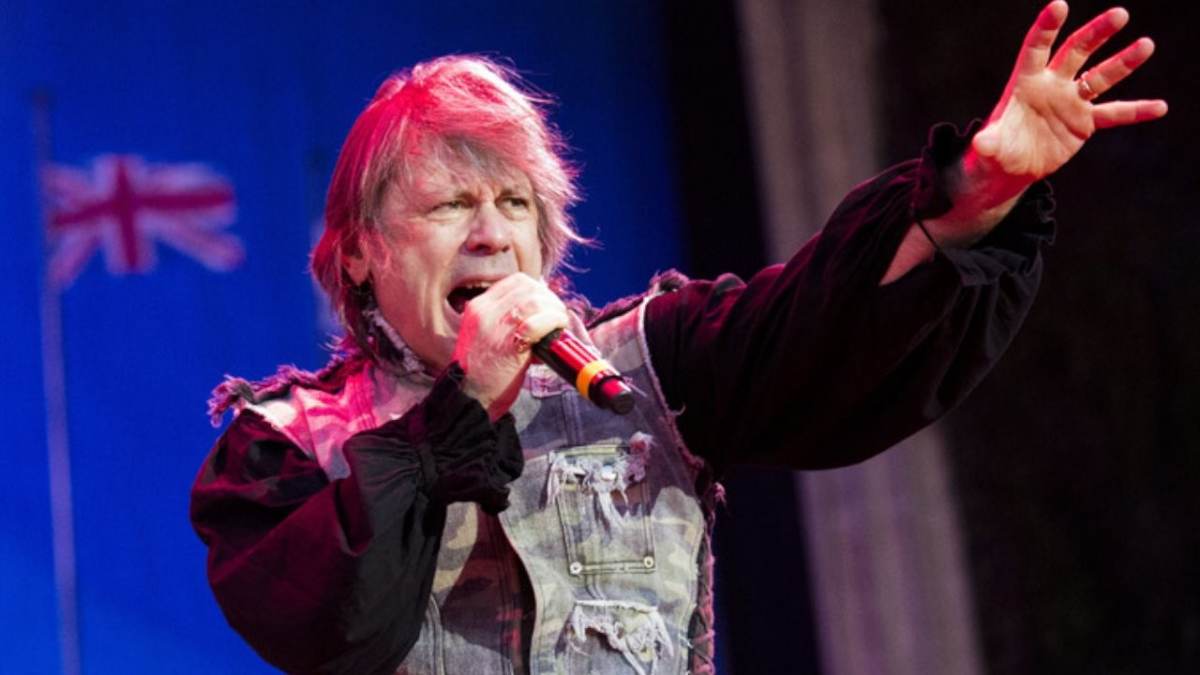 After reflecting on his thoughts for Iron Maiden fans, the regarded band’s frontman Bruce Dickinson has already appeared in another interview, talking about his plans for a new solo album, and more.

After being asked if he got any plans to work on a new solo album to follow up 2005’s “Tyranny Of Souls,” Iron Maiden frontman started explaining his plans for 2022 in addition to his plans for a new album, as well.

“I am obviously coming over to America to do the one-man (spoken-word) show,” started talking Bruce Dickinson.

“When I get to the end of the one-man show thing at the end of March, then the idea is I’ve got about three weeks cooling my heels somewhere. I’ll lie down in a darkened room for a couple of days and recover from the tour and then put my singing head-on and go and have a chat with Roy (‘Z’ Ramirez. ‘Cause, we’ve already got a bunch of material, but we need to organize it a little bit.

We have demos and everything, but we need to organize it a bit more properly and be a bit more serious about it — maybe write a few more tunes. And then basically leave it down to Roy. Once we’ve got what we wanna do, he can go off and start doing backing tracks and things like that. Obviously, I’m gonna be going out on tour with Maiden, but we made ‘Tyranny Of Souls’ that way.

‘Tyranny Of Souls’ was done not exactly remotely — well, kind of remotely in that I wasn’t physically present when some of the backing tracks were done but he sent me the backtracks and I listened to them and went, ‘These are cool.’ And some of them I wrote the words to the backtracks, and the tunes and everything. And some of them we had already done. So mixing and matching like that sometimes gets great results.”

You can also hear the whole conversation of Bruce Dickinson as he talks about his 2022 along with more stuff, down below.

Iron Maiden frontman also revealed earlier that his next solo LP would probably have a new version of “If Eternity Should Fail”, which was the regarded band’s opening track of 2015 disc “The Book Of Souls.” Bruce Dickinson also mentioned he already had “half” of his seventh record already written along with confirming “If Eternity Should Fail” was actually written for his solo track in the first place, back in that time, as well.

During an interview in 2015, Bruce Dickinson also talked about “If Eternity Should Fail,” explaining how the song was passed onto the Iron Maiden album as their bassist Steve Harris heard the frontman working on that song.

“Steve went, ‘That’s a really cool song. Can we use that? That’s gonna be the opening song on the album. And I went, ‘Yeah, okay.’ And he was already writing, I think… He was already thinking of ‘The Book Of Souls‘ as being the title, so he told me about the Mayan thing. And I’m, like, ‘Yeah, that’s cool. Okay. Yeah, I see where you’re going.’ But in my case, that song was written as part of a story.

So the spoken word at the end is the beginning of a story that goes through the whole album. And one of the characters is Dr. Necropolis; he’s the bad guy. And the good guy is Professor Lazarus; he raises people from the dead. So that introduces Necropolis in the spoken-word thing.

And I asked Steve… I said, ‘Look. Okay. I get having the song…’ ‘Cause it opens up with, ‘Here is the soul of a man.’ ‘Yup. Get that. But what about the end?’ I said, ‘Will people understand what this is about? Because this is nothing to do with the Mayans or anything. This is to do with… I’d come up with a concept album that doesn’t happen.’ And he went, ‘No, no, no. It’s just talking about souls and everything, and it sounds great.’ I went, ‘Okay.'”

Ultimately, while Iron Maiden has finally started to prepare to meet its fans back with the 2022 tour to North America, Bruce Dickinson also appeared in another interview recently, where he reflected on his thoughts about Iron Maiden fans and how they managed to earn such regard and dedication from the fans. You can see what the talented frontman also said about their fans if you are interested, here.