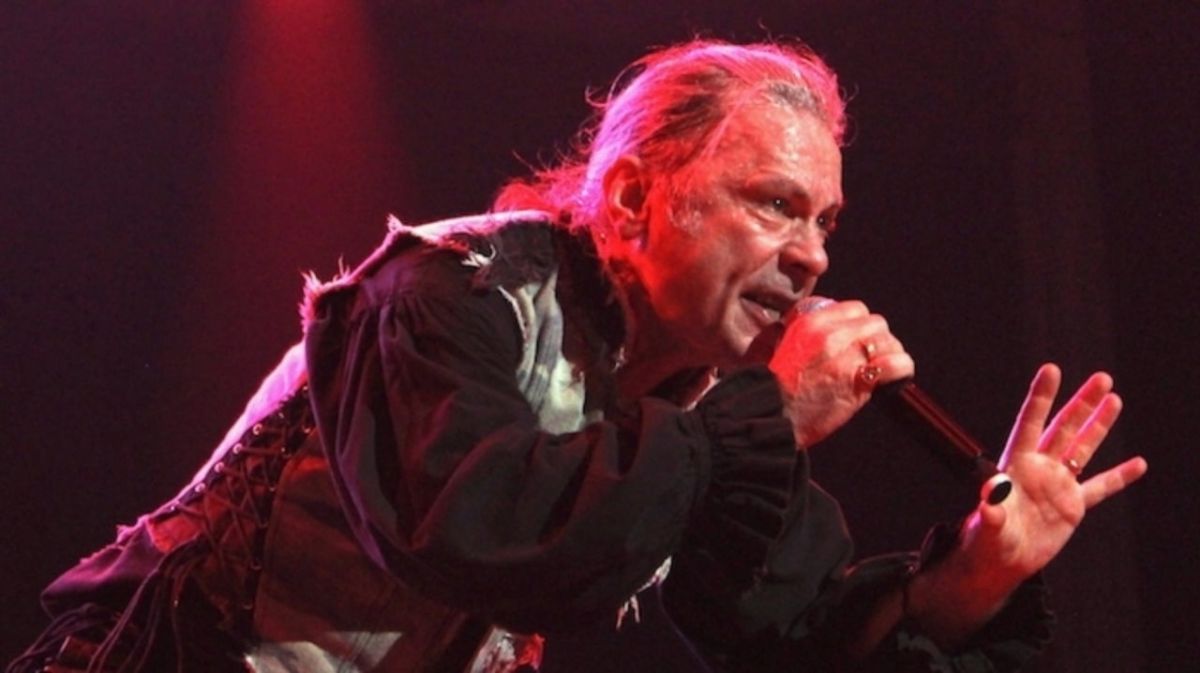 Iron Maiden has finally been preparing to meet its fans back with the 2022 tour to North America in 2022, after a long time. In the meantime, Iron Maiden lead singer Bruce Dickinson recently appeared in an interview, where he reflected his thoughts about those fans.

One of the greatest heavy metal bands of all time, Iron Maiden has become one of the bands that changed rock and roll music in another way, along with still growing its fan base even after all those times. While the regarded band’s fan base is also seen as one of the most loyal fan groups, the talented singer of the band Bruce Dickonson has recently shared his thoughts on how they managed to earn such regard and dedication from the fans.

“I can’t speak for every individual Iron Maiden fan, obviously, and I can’t imagine what each of them is individually thinking and what kind of nuance they get out of what we do. Because I think people get different things out of different parts of what we do,” started Bruce Dickinson explaining during his conversation.

We’ve retained the identity because we are commercially independent. We don’t ever change what we do in response to external pressure. Everything we do is developed internally, and therefore even if we screw up, at least we screwed up for the right reasons. What that means is people trust you. So, some albums are better than others. Fine — I’m gonna let other people comment on that, ’cause I’ve got my opinions; other people have other opinions. And we know that — we’re not stupid. But nevertheless, we don’t go in there trying to make a rubbish album. We make the best album we can do that’s in front of our face on the day, on the week, in the month of that period of our lives. And that’s like a document for us, and it’s where we were at when we did that right then. And I think for a lot of Maiden fans, albums work like that for them too. So the album becomes like a document for their life as well at the same time. And in order for that to work, you don’t necessarily have to agree with what the band is doing at the time — and frequently, obviously, some people do and some people don’t — but you’ve got to believe that the band is sincerely doing it for the right reasons, and therefore you still keep that loyalty.”

Iron Maiden lead singer also continued,  giving more details for what he has been thinking about the fans.

“To put it superficially, I would say that Iron Maiden fans are a little bit like plywood,” Bruce Dickinson started. we get a new layer every year, and they all just stick together, so eventually, we get a table that’s, like, ten feet thick. And people are going, ‘How did you end up with a table ten feet thick?’ I said, ‘We just never lost a layer.’ And, of course, we’ve got people that started in 1983, ’84, and we’ve got people that started in the year 2000, 2005, 2015 — generations and generations. People whose first album was ‘The Book Of Souls’. And then they went, ‘Ah, I like this band. ‘The Book Of Souls’. Cool. Yeah, yeah, yeah.’ ‘Oh my God. They did another bunch of albums. What’s this thing? ‘The Number Of The Beast’. I never heard about that. Oh, this is cool.’ And you go back and you get a chance to rediscover all the discography.”