Joe Satriani answered, “I’m spaced out… Total space cadet. And I should probably work things out before I start playing. But because my nature is to skirt danger when music is involved, I always wanted to try and stuff that maybe I should have worked out ahead of time. laughs I always think about that. And the funny thing about that is that, for some reason, knowing that about myself, I put together G3 where I stand next to two other guys who will shred me to death and do it every night. I mean, you think I would like to do the opposite if I knew that I had that issue. But glutton for punishment maybe? I don’t know. But that’s the only way you learn, you know? You stand next to John Petrucci and you go, ‘Okay, now that’s a guitar player.'”

Don Jamieson said about this, “perhaps you want to walk the tightrope a little bit more.” Then he added an element of danger that Rock ‘n’ Roll is supposed to have.

Joe Satriani said, “Yes, I think so. And probably I need to be psychoanalyzed, I bet the psychiatrist might say it’s a classic case of repressed personalities, that that is extroverted. Because basically, I always feel shy. And then I don’t want to walk out on stage. And then as soon as I walk out on stage, I would become somebody else. Afterward, I go, ‘Who was that guy?’ [laughs] I don’t know, you may be on something.” 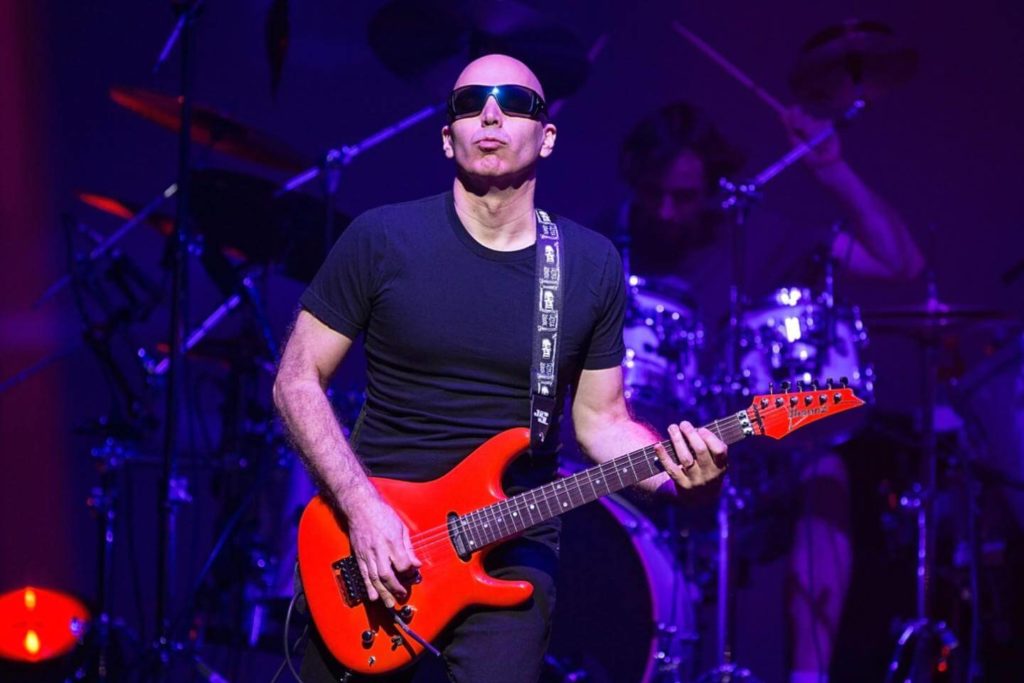 Joe Satriani continued, “I think, sometimes, if you prepare too much, when things go wrong, as they always do, it’s too jarring. It’s somewhat an interesting protective mechanism not to be too well planned. So that when things go wrong, you go, ‘Okay, I will just play with that,’ you know? The pedal didn’t work, somebody threw something at me, bass player’s amp blew up… Whatever it is, you go, ‘Okay, I can deal with that.’ And that’s an important part, I think.” Certainly, I would say even if you’re at home recording by yourself, you have to relax and forget about what you thought might happen. You have to get into the idea of not being judgmental while you’re doing it. Otherwise, you just really. You’re somewhat hindering yourself. You have to try to be free.”