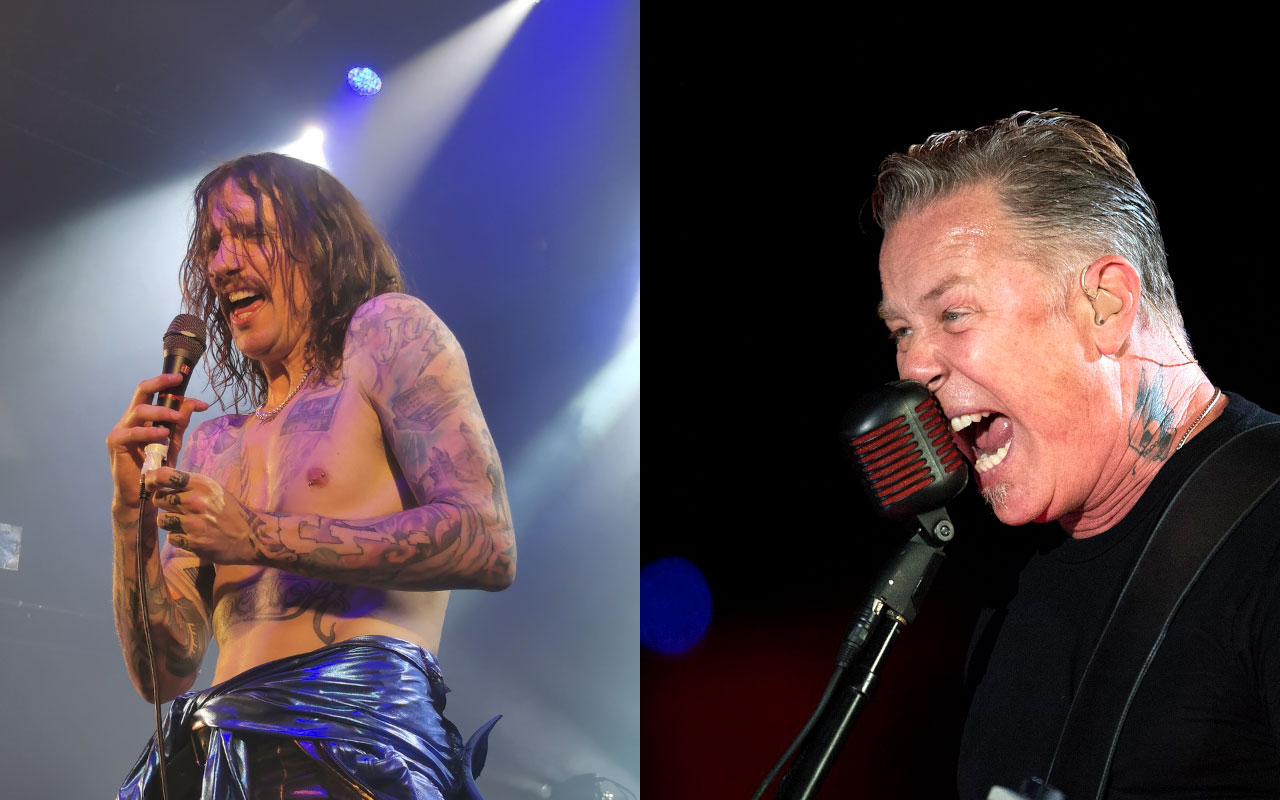 He is talking about James Hetfield’s remarks about self-harm he delivered at the Metallica concert. They also focused on the way the legendary frontman showed his support while Hawkins himself was experiencing an emotional time.

On May 2022, the concert happened of this moment occurred during Metallica’s performance at Belo Horizonte, Brazil, in which Papa Het took a break from the show to talk about his current struggles with anxiety After which he was given an emotional hug from the band, as well as an overwhelming round of applause from the crowd.

Everyone here’s been touched by it one way or another. We all struggle, we all know what darkness is. And if you are feeling like you need to take your own life. Please do not. Please wait. Please talk to somebody. Somebody loves you always. There is someone who will listen.

Many years ago, The Darkness was on tour with Metallica. And James Hetfield took me to one side and gave me his number and offered some emotional support. Because he could see that I was ‘burning the candle at both ends.’ And he was worried about me. He’s lovely.”

He also talked about legends like Chris Cornell and Chester Bennington:

“So the fact that he’s saying these things is particularly important. Because we must reflect on the passing of other male singers of note, like Chris Cornell and Chester Bennington. And this issue is particularly prevalent among middle-aged men.

He’s 59 years old, so he is in the age bracket that is considered the most at risk. I really hope that this isn’t some sort of a cry for help. If indeed it is, come to Switzerland James, I’ll look after you. The message that James is trying to put across is that you must wait. And don’t act on the impulse, just wait for it to pass. It’s good advice, I think.”

“So James Hetfield [METALLICA] operates in the metal sphere. And that’s a genre that often talks about aggression and sadness and despair and the darkness, in general. Not the band, but, you know. Just the darkness, and it touches it all the time, just as James Hetfield has said.

But when he stops the show and says ‘People are sad and you’ve gotta watch for, then that’s a moment of note. Because you can’t actually talk about these things.”

In addition, James Hetfield‘s favorite Metallica song ever is ‘The Unforgiven II’ and also ‘Fixxxer’, ‘Bleeding Me’ and ‘The Outlaw Torn’ following the tracks.

You can watch the Justin Hawkins video below!