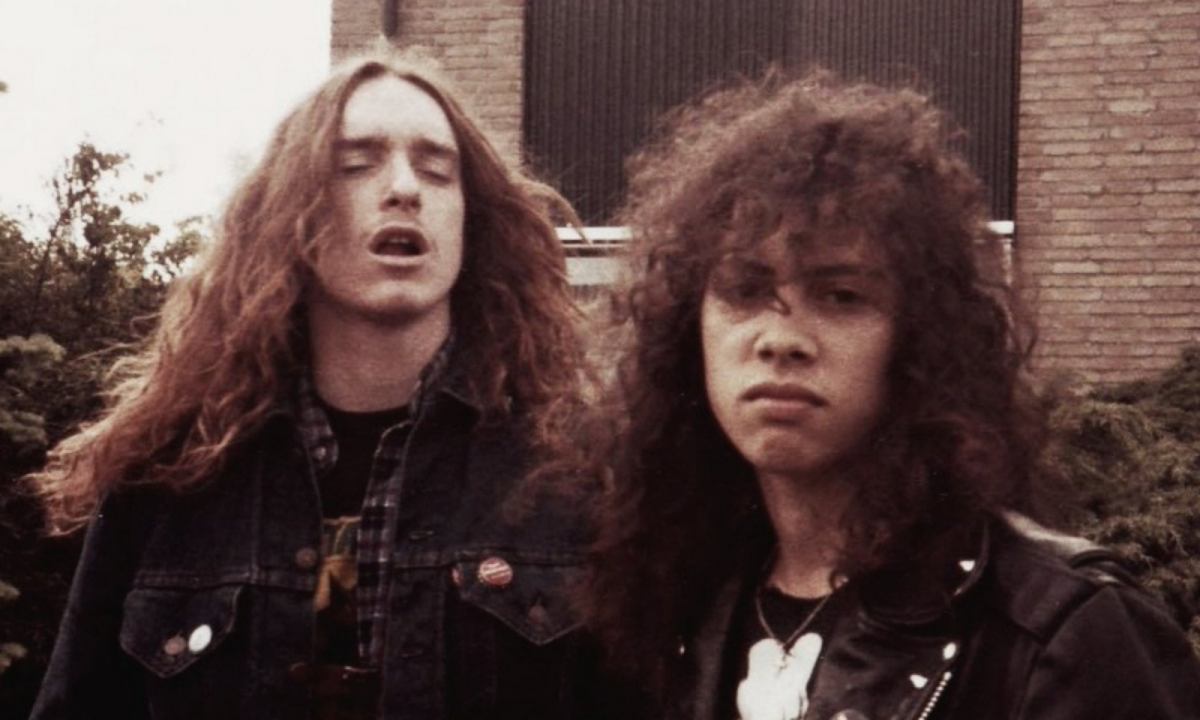 The long-time photographer of Metallica, Ross Halfin appeared in a 90-minute Q&A conversation for a part of the 40th Anniversary of the regarded band, while also Kirk Hammett joined among them for a chat, too. During his conversation, Hammett revealed how their late bassist Cliff Burton reacted after hearing Geddy Lee was about to visit them backstage.

The 40th Anniversary celebrations of Metallica might be over already but as a part of it, So What! Editor Steffan Chirazi guested Ross Halfin to discuss his documentary book, Metallica: The Black Album In Black & White, along with his long-serving career as the regarded band’s photographer, recently. During their conversation, also Kirk Hammett joined among them, while the audience also asked some questions on their own, as well.

During his conversation, Kirk Hammett also talked about the past tours of Metallica along with touching on the long-time rumor about Rush’s Geddy Lee and Cliff Burton.

“Geddy Lee (Rush) showed up at one of our shows on the ‘Ride The Lightning’ tour,” started looking back at past Metallica guitarist Kirk Hammett. “We played Toronto and all of a sudden we got a message backstage that Geddy Lee was in the audience. And Cliff Burton just freaked out. He started pacing, he started smoking pot, and he was, like, ‘Oh my God! Geddy! Geddy Lee!’ He could not settle down; he was so nervous and just happy at the same time that Geddy Lee was there. And then Ross tells him that Geezer Butler (Black Sabbath) is out there one night. The same thing – he starts pacing around, super nervous, grabs a beer.”

As for Geddy Lee, there was also a rumor about him wandering around for a long time, which was claiming that Lee almost produced the classic 1986 album of Metallica, Master Of Puppets. And in 2015, the lead vocalist of Rush confirmed that rumor saying “it’s sort of true,” during one of his past interviews.

“There was some discussion with (Lars Ulrich), back in the day, about working with them. This was before ‘Master Of Puppets’ came out, I think. There was talk, you know. I was friends with their management, and I met Lars back in England. I remember going to see them here in Toronto when they played at the Masonic Temple. That’s when the original bass player [Cliff Burton] was still happening. You know, before that tragedy. And, you know, we talked about it, and I liked their band a lot at that time. But it just never came together,” explained Geddy Lee as he also continued adding that he isn’t much of a heavy metal fan.

“I don’t listen to a lot of metal. Even though there’s an aspect of our sound that can be quite metal, I sort of attribute it more to early metal, in the way that (Led) Zeppelin were metal and in the way that Black Sabbath were metal, and Blue Cheer were metal. And that’s the sort of tradition of metal that we took on.

I like Metallica. I’ve got great respect for them. But you won’t hear too much speed metal or death metal in my house,” reflected Geddy Lee in the end.

Best known as the lead vocalist, bassist, and keyboardist of Rush, Geddy Lee joined the band to replace the band’s original bassist and frontman Jeff Jones back in 1968.

Cliff Burton was the bassist of Metallica from 1982 to 1986, appearing on the regarded band’s first three studio albums before his tragic death. Metallica was on the European leg of the Damage, Inc. Tour when they lost their regarded bassist Cliff Burton due to the crush of the band’s tour bus. The talented bassist was also inducted into the Rock And Roll Hall Of Fame as a member of Metallica on April 4, 2009.

However, you can also watch the whole 90-minute Q&A conversation of Metallica guitarist Kirk Hammett and photographer Ross Halfin while they are talking many more things as well, down below.