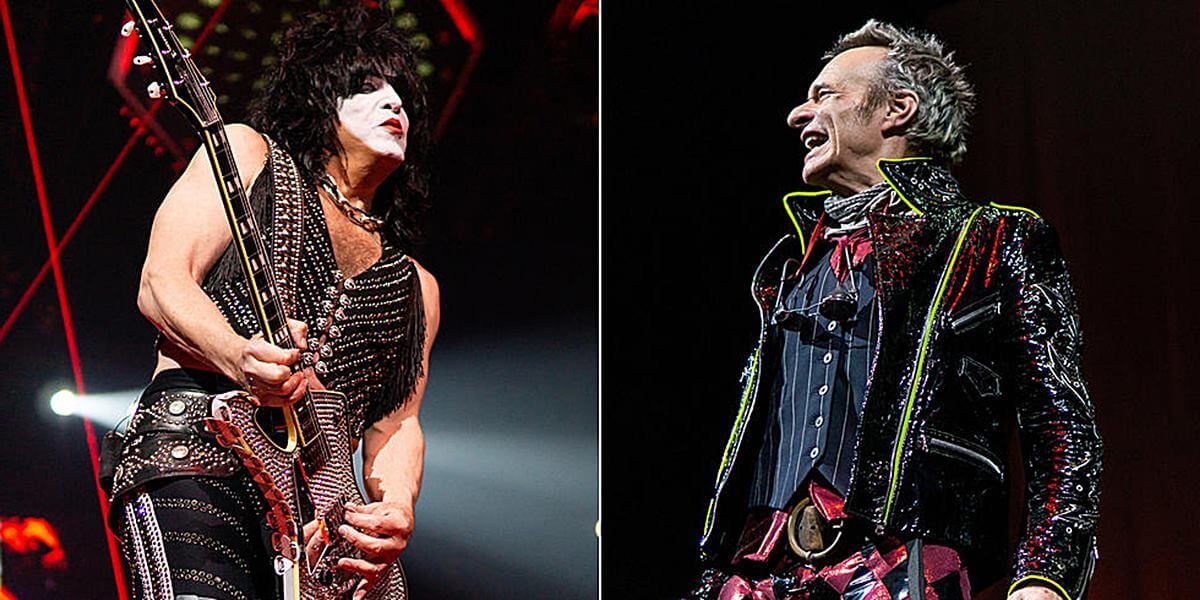 It seems Gene Simmons was pretty much satisfied with the performance of David Lee Roth, who opened the shows of KISS before the pandemic started.

As you all probably know, David Lee Roth was a hell of a frontman. The energetic lead singer of Van Halen, Diamond Dave is also popular for opening for the popular band KISS. He used to show his energy and passion to the fans who were watching him on the stage. Well, not only the fans were impressed by his performance, as we can understand from the remarks by Gene Simmons. However, Diamond Dave is not as energetic as before. Here’s what the bassist had to say about David Lee Roth during his interview with RollingStone.

Gene Simmons: “Nobody did what he did”

When Simmons was asked whether David Lee Roth was back or not, as the opener for KISS is now a performance artist, he replied by saying no. According to the bassist, “something” happened to Roth, who is not as good as he was.

“Not. But it bears noting that during Dave’s heyday, nobody did what he did. He was the ultimate frontman. Not Plant, not Rod Stewart, nobody.

He took being a frontman way beyond anything.

And then, I don’t know what happened to him… something. And you get modern-day Dave.

I prefer to remember Elvis Presley in his prime. Sneering lips, back in Memphis, you know, doing all that. I don’t want to think of bloated naked Elvis on the bathroom floor.”

KISS bassist Gene Simmons wants to remember the frontman at his prime when he was better than Plant or Rod Stewart, instead of right now.

Gene Simmons on Music From ‘The Elder’

The bassist of KISS also touched on the band’s controversial album Music From The Elder. When he was asked about the 40th anniversary of this not-very-much-liked piece of work, the bassist said:

And when [producer] Bob Ezrin came back into the fold, he said, ‘What have you got there?’ I said, ‘I’m developing this motion picture. It’s called ‘The Elder,”… A mythological fantasy, which I’ve always been drawn to. And he said, ‘OK, we’re going to do a concept record and we’re going to write songs based on your various premises.’

The decision was Bob Ezrin. And in hindsight, it was an interesting mistake. We all were sort of [thinking], ‘The Who are the threat, and they have ‘Tommy’? Why can’t we have ‘The Elder!’ The Beatles had ‘Sgt. Pepper.’ This will be ours.’

Yeah, it definitely wasn’t. The movie of this album went to development hell, it was never released. The album, on the other hand, pretty much sucked according to many. Even though the album is pretty much hated, some fans like it and occasionally want it to be on a tour.