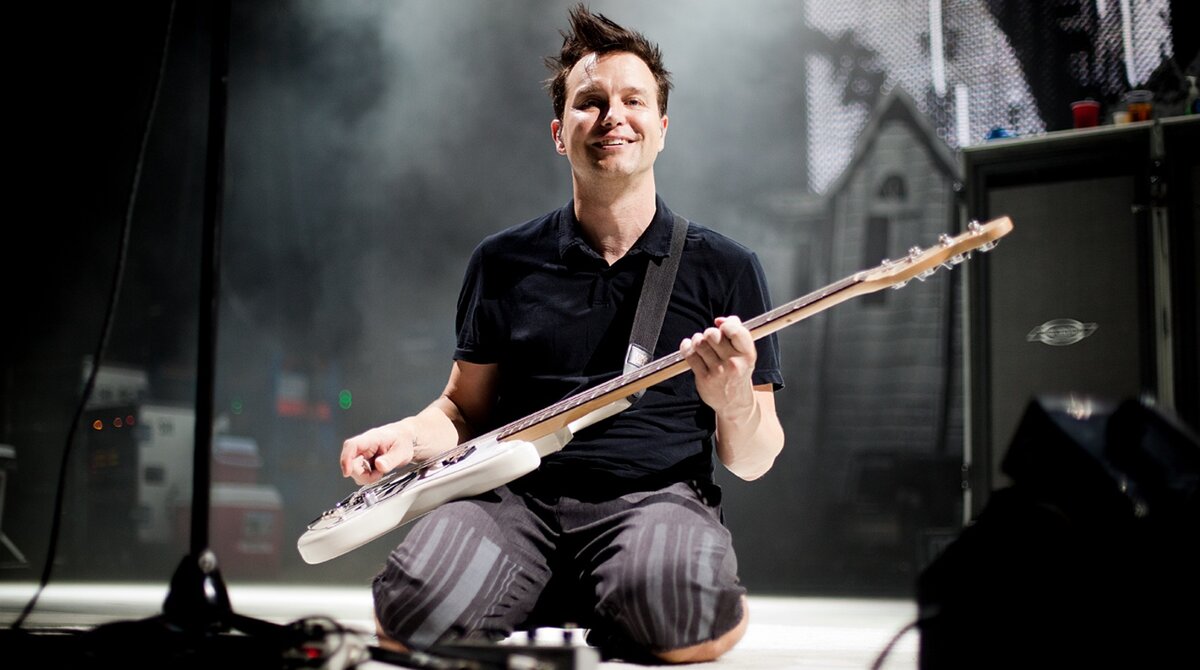 We’ve talked about Blink-182’s Mark Hoppus a couple of times in here, Metal Shout. Last month he confirmed that he is battling cancer, which got his fans pretty worried. He first posted a photo, then deleted it. That made Blink-182 and Mark Hoppus fans so much worried so they’ve started talking about it online. After so many questions and comments, Hoppus shared the sad news with his fans via his social media accounts. Ever since he is updating his health status from his social media accounts to inform his fans about his recent medical condition. He even did that on a live stream once. Even though he is fighting cancer he is finding a way to be together with his fans and share photos, tweets updates from all his social media accounts to inform his followers and fans.

Recently Mark Hoppus shared another update about his recent condition. He started his words by saying “Apologies if I’m oversharing”. He then described his status and even posted a photo from one of his medical imaging.

Apologies if I’m oversharing but it’s so surreal to think that this week I’ll take a test that may very well determine if I live or die. Thanks to everyone for the positive thoughts and encouragement. I read all your replies and it means the world to me. Thank you. I’m going to beat this through chemotherapy or through bone marrow transplants, but either way I’m determined to kick cancer’s ass directly in the nuts. Love to you all. Let’s. Heckin. Go.

to beat this through chemotherapy or through bone marrow transplants, but either way I’m determined to kick cancer’s ass directly in the nuts. Love to you all. Let’s. Heckin. Go. pic.twitter.com/6ih3AEJq7y

Even though he is going through some hard times, it is very good to see Blink-182’s Mark Hoppus still having a good and hopeful mood. He even used that time to create something, a garden which he called “cancer garden”. He doesn’t look bothered with it and even refers to himself as “Cancer Have” Here’s what he said about his garden and some photos from it:

‘I put together a little cancer garden in the yard with mutated varieties because I feel connected to them through my own cells’ mutation. I sit here in the morning with them, drinking my coffee, and we’re like “well this is weird…”’

As we always say, we hope Mark Hoppus wins that battle against cancer and return back to his normal life where doesn’t need to deal with chemo and all other stuff. We wish him a quick recovery and good luck in this battle.