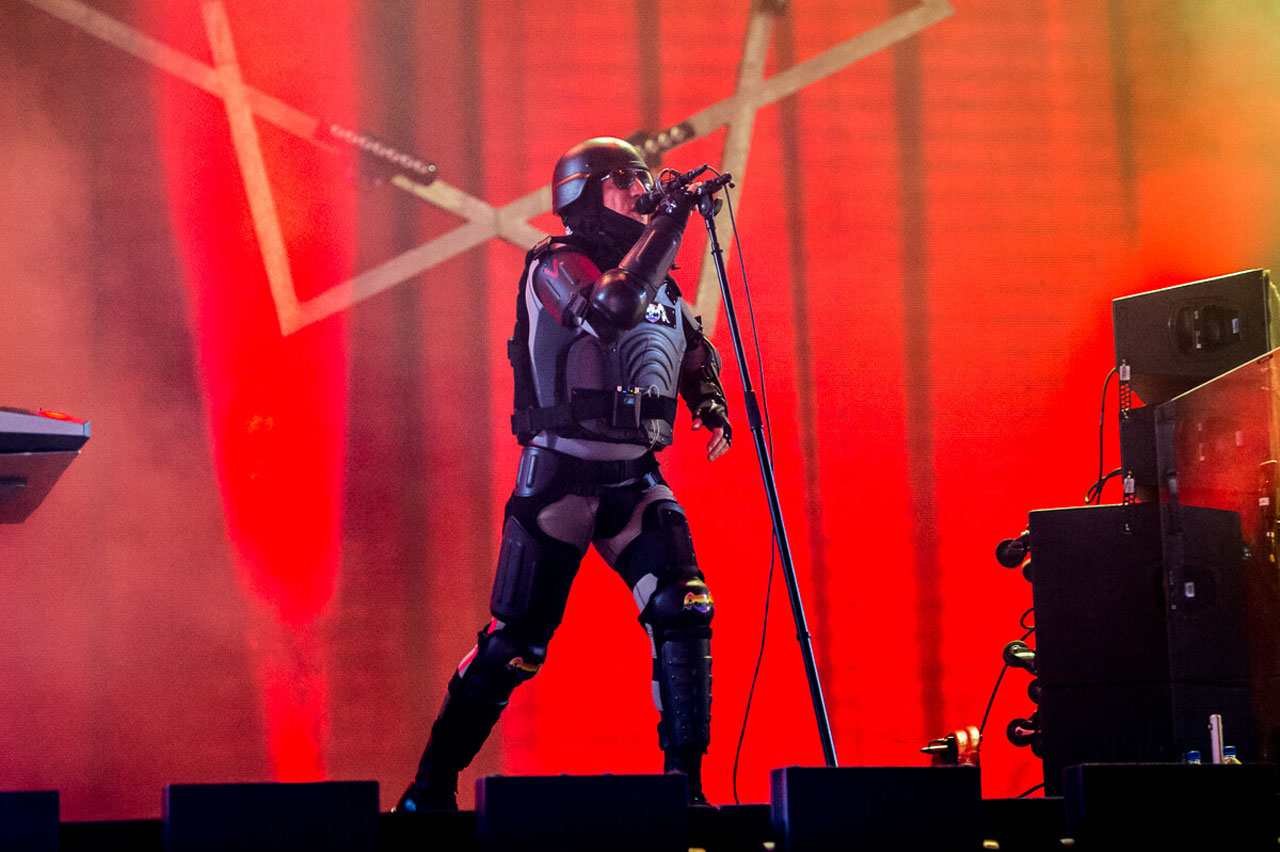 Maynard James Keenan talks about the main differences between TOOL and Puscifer concerts and the about entertaining the fans. There are almost three decades of existence, TOOL band is still considered to be among some of the greatest bands you can experience live.

We already know, TOOL isn’t Maynard James Keenan‘s only band. The other band is A Perfect Circle and also Puscifer doing amazing albums and songs. In a recent interview led by none other than actor David Cross, Maynard revealed the differences between performing Tool and Puscifer performances live. A group named Puscifer and TOOL vocalist Maynard James Keenan appeared on the premiere episode of “Mr. Show’, the popular HBO sketch comedy show starring Bob Odenkirk and David Cross. Twenty-five years ago, Puscifer is going strong just about to start the troupe’s first tour in the next six years.

TOOL and Puscifer frontman Maynard talked about the differences for the band’s live concerts:

“Tool shows… You’ve got four top-notch operators on point for the most part. We’re all getting older and things are creaking a little bit more. But you have this insane production and those guys are so loud already. Just their individual stage volumes are big and so, for me, Puscifer is actually a nice break, because of the subtleties that we work through with Puscifer, it ends up being far more Kraftwerk control over levels. Just easier space to navigate and for the cabaret nature of some of the things we do. A lot of it is just staying present in what is the thing. But that gets you in the right headspace your character’s attached to. It’s not just the music and Matt [Mitchell] lays down a beautiful bed of sounds for me to play with vocally and then work with Carina on melodies and things.

But the thing that kind of separates Puscifer from other things is also the characters the other dimensions that are attached to it. So just in that way, you’re switching characters. You put on this different wig and this different outfit and now you’re kind of taking on that character for that scene. So you have to adjust yourself to the scene, you have adjusted yourself to the script, you adjust yourself to the music. Because I can’t be prowling around like a fucking maniac in Puscifer. Because it doesn’t fit. It’s just not the same vibe.”

Then he talked about AC/DC and KISS:

“You have been around the block. So you’ve seen what celebrities can do to people. But I think it goes before that. Why do you need to be up there? Why do you need to be doing the thing you’re doing? And for me, I was an only child playing dress-up pretend singing to fucking AC/DC records and Kiss records in my bedroom. And whatever, ‘Wah wah, woe is me’ damage that you experienced in your adolescence and your childhood… Part of that’s why you’re going to end up getting up on a stage and doing a thing. So for me, it’s always been a very selfish thing. I need to do this, but I don’t need you to be in the room while I’m doing it. So I’m just going to do it. Right? I’m going to do it up there. I can’t see it. I don’t care. I just need to do this. I don’t need to do it for you. I need you to do it for me.

Then you have other people that need to be upfront, running around. And they’re up in front back and around the fucking sound is awful because their mic’s feeding back everybody else’s monitors like. That’s because they need to be up there, they need you to look at them. You realize, somewhere in the middle of all this there are people here and you have to entertain them. Over time, I’ve been able to adjust that to bring the theatrics, to bring the entertainer, to project from that area wherever I am prancing around like an idiot. You figure out a way to balance those things. But I think, especially with Puscifer, having all the other things going on takes the pressure off me. Sure, I happen to be the only clown on stage. The last we went on we had an entire Lucha ring. A 14-foot ring, we had five luchadors jumping off the top rope while we’re doing songs, and then running around in between songs, doing things during songs.”

David Cross to interview with Maynard James Keenan and the results are as bizarre funny, insightful, and hilarious as we’d hoped. You can watch the entire interview below!