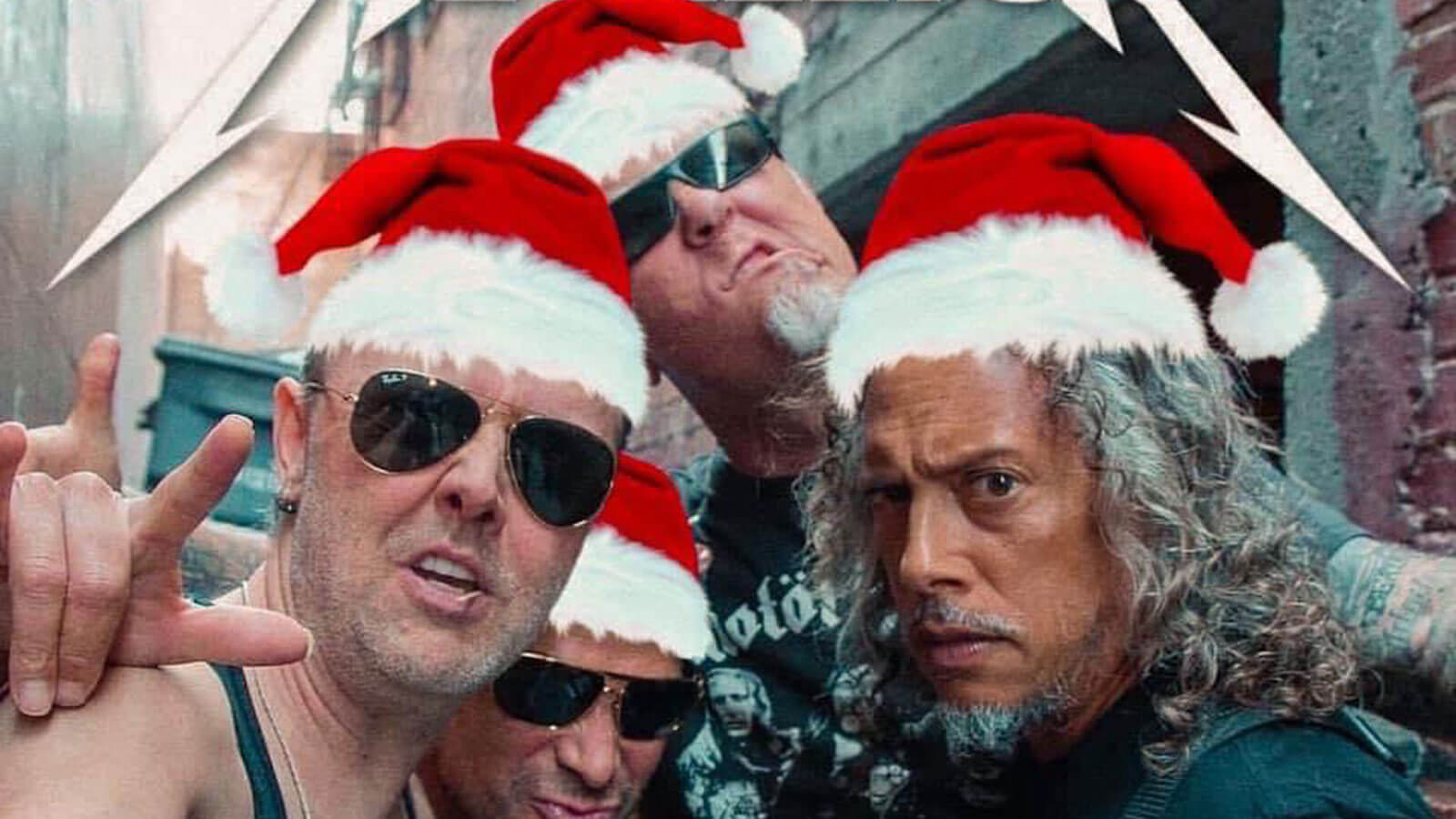 After all those good and bad memories of metal music, 2022 is finally ending. As the new year closes and 2023 begins soon. We decided to compile a list of metal songs that reflect this year for you to listen to on new year’s eve and Christmas time.

After the recent Christmas holidays, the New Year is also practically here and knocking on our doors. Regardless of whether such days should pass quietly and peacefully, that may not be the case. Since everyone had a lot going on, even the well-known bands and musicians, those things also impacted our life in addition to what we were listening to and what our favorite musicians gave us.

Given that everything on this list expresses how we feel as of the beginning of 2022. It could also be helpful for us to remember this year meaningfully before moving on to a brand-new year’s eve. We are also ready for 2023 to bring us new metal and rock songs. Check our metal Christmas music list below!

We congratulate everyone — including ourselves — for somehow making it until 2022. Due to the fact that the new music was truly unique.

Our daily activities have eventually turned into listening to music more than ever, if possible. And indeed, it turned out that it was feasible after all, as we have all discovered some happiness in our life, thanks to our beloved musicians who have been working tirelessly and releasing even more attempts to make it even somewhat easier to get along with.

Here are some of the songs that got us through 2022 and 2023, and in our opinion, they all deserved to be on our new year’s eve and Christmas playlists.

Fear Inoculum is the first single and title track from Tool‘s fifth studio album. They also continuously surpassed David Bowie’s “Blackstar” as the longest song to chart on the Hot 100.

The Chapeltown Rag has undoubtedly evolved into one of our lists’ most essential tracks. However, we can’t really comment on its quality because it is what drives all fans to wait impatiently for new Slipknot music, regardless of the circumstances.

The fact that this song made our list is one of the reasons it may also be seen as a new year’s wish for Slipknot to begin another massive success in 2023.

3. Metallica – “The Day That Never Comes”

The Day That Never Comes, from Metallica‘s ninth studio album, Death Magnetic, has emerged as one of the band’s most powerful ballads. Because it addresses issues of bitterness and forgiveness. Kirk Hammett added to Lars Ulrich’s explanation of the concept of the video, stating that it deals with humanity and the relationships between human beings and how your fundamental sense of humanity can overcome any politicized situation. Lars Ulrich stated that a father-son relationship inspired the lyrics.

In the Court of the Dragon song of Trivium’s ninth studio album, What the Dead Men Say, which was released in 2020. It was also noted that the respected band’s most recent record was “very pissed-off.” This is mostly due to the pandemic’s explosion shortly after What the Dead Men Say’s publication, which left the record unfunded and prevented the band from going on tour to meet their fans and promote their new work.

5. King Diamond – “No Presents For Christmas”

King Diamond, a Danish heavy metal band, recorded their live album In Concert 1987: Abigail in 1987, but it wasn’t published until 1991. The song also released with this album.

Planet Shit song is the opinion that once everything has been destroyed, nothing will remain. Therefore, Every Time I Die didn’t only create a song; the group also created a legacy that would be relevant in any timeline and really everywhere. In the end, this song may be one of the key songs to start the new year with a fresh outlook or consciousness.

Based on an idea by the band, the artwork shows lightning striking an electric chair as it emanates from the band’s emblem. The term “execution via electric chair” is used by a character in Stephen King’s book The Stand, from which the title was borrowed.

The sixth track on the 1990 album “The Razor’s Edge.” Angus Young said in an interview with Guitar World from February 1991:

“I think the funniest song on this album is ‘Mistress For Christmas.’ That song’s about Donald Trump. He was big news at the time, so we thought we’d have a bit of fun and humor with it.”

TOOL is an American progressive-rock band, and their fourth studio album, “10,000 Days”, contains the promotional single “The Pot” (2006).

When it reached the top of the Billboard Mainstream Rock chart in 2007, it became Tool’s first number-one single. In 2008, it was nominated for a Grammy for “Best Hard Rock Performance.”

The “Panopticon” is a concept used in discipline that takes the shape of a central observation tower surrounded by a circle of jail cells. The convicts cannot look into the tower, but the guard can view every cell and inmate from the tower. Nobody in prison will ever know whether they are being observed. It was created in the 18th century by the English philosopher and social theorist Jeremy Bentham.

The band’s smash song “We’re Not Gonna Take It” was significantly influenced by the Christmas classic “Oh Come All Ye Faithful,” which is recorded similarly. Since their 1980s heyday, Twisted Sister’s version of the carol has grown in popularity. The band even made a humorous music video for it, in which the band members interrupt a holiday party in the house of a quarreling couple.

Korn wrote the song “Jingle Balls” while working on their third studio album, Follow the Leader. In 1999, it was made available only in Australia on a sampler that included the song “Wake Up.”

This article was produced by Metalshout.