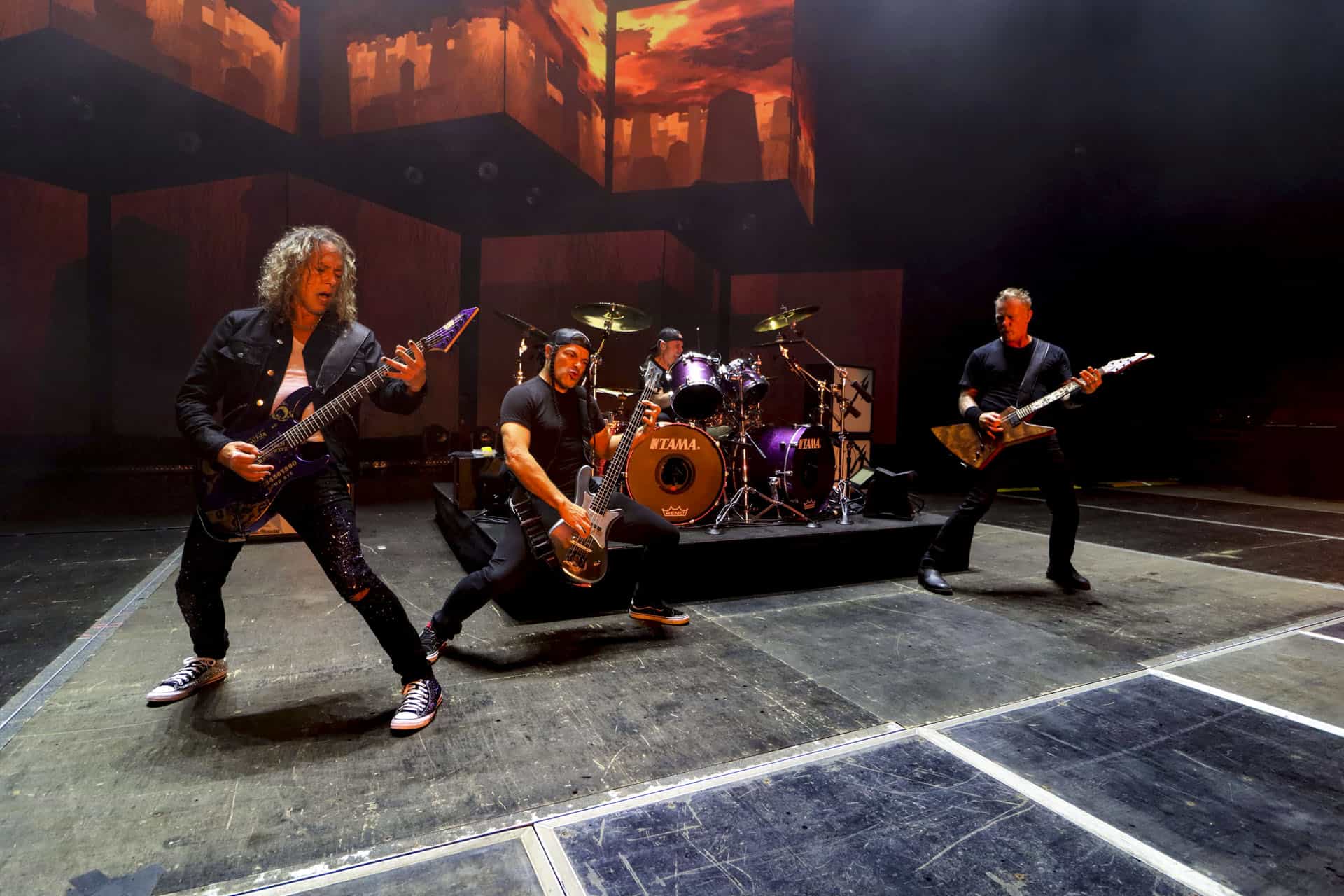 Metallica is one of the best-known metal bands of all time and they will come back to the stage in 2022 for more concerts and festivals. We will help you in finding tickets to any upcoming Metallica tour and concerts in 2022!

Metallica is an American heavy metal band from the United States. The band was founded in the year 1981 in Los Angeles by frontman James Hetfield and drummer Lars Ulrich and has been in San Francisco for most of its time. Metallica also is one of the first “big four” metal bands, thrashing together with Megadeth, Anthrax, and Slayer.

Metallica had 11 studio albums in their whole life and has received many awards. Check our previous article for Metallica 2022 tour dates here.

They also confirmed that they will launch a 2022 European tour 2022. It’s “The Return Of The European Summer Vacation” tour that will see the metal giants performing seven shows across mainland Europe between June and July 2022. The first show will take place at the Copenhell festival on June 15th, 2022 in Denmark and will continue until NOS Alive in Lisbon on July 8th, 2022.

They shared the statement about the upcoming European concerts:

“We have waited far too long to say these words – we’re getting back out there and are finally announcing our return to Europe in 2022! Needless to say, we cannot wait to see all of you once again as our European Tallica Family will finally have a chance to reunite in June and July of next year. We can’t wait to once again take the stage as part of the time-honored tradition of summer music festivals and we’re excited to see some of our friends, both new and old, at Copenhell, Pinkpop, Firenze Rocks, Prague Rocks, Rock Werchter, Mad Cool, and NOS Alive.”

It will update automatically when the band adds dates to their schedule this is a fantastic source. For those hoping to see James Hetfield, Lars Ulrich, Kirk Hammett, and Robert Trujillo performing live. Metallica has returned with their new album The Metallica Blacklist, and they’re eager to share their latest music with their entire fan base.

Most tickets for Metallica’s 2022 shows are on sale now. And there are plenty of packages available for fans to pick the most suitable choice that is compatible with their budgets. There are eight fan packages that have been identified for the shows that are coming up, comprising Silver, Diamond, Diamond Deluxe, Gold, Diamond VIP, Gold Deluxe, Gold VIP, and Deluxe Hotel at a cost of around $865. These prices rise based on the package you choose and deliver the best deals to meet your requirements.

The regular tickets for the upcoming concerts from Metallica in 2022 start at about $300, and the lowest price is reported $287. Prices will increase depending on the seats and the levels you’ll be purchasing. Except for the earlier concerts. The concert ticket prices aren’t determined, except for their regular ones. The tour is likely to increase revenues for Metallica’s net worth.

Here are all the scheduled Metallica shows. If the schedule for the concert isn’t correct, you can contact us and we’ll add a concert by Metallica from 2022 to our database.

Metallica is now touring across 11 countries and has 16 upcoming concerts.

Their next tour date is at Harvard Athletic Complex in Boston. After that they’ll be at an Unknown venue in Napa.

“The Return Of The Summer Vacation” 2022 European tour dates