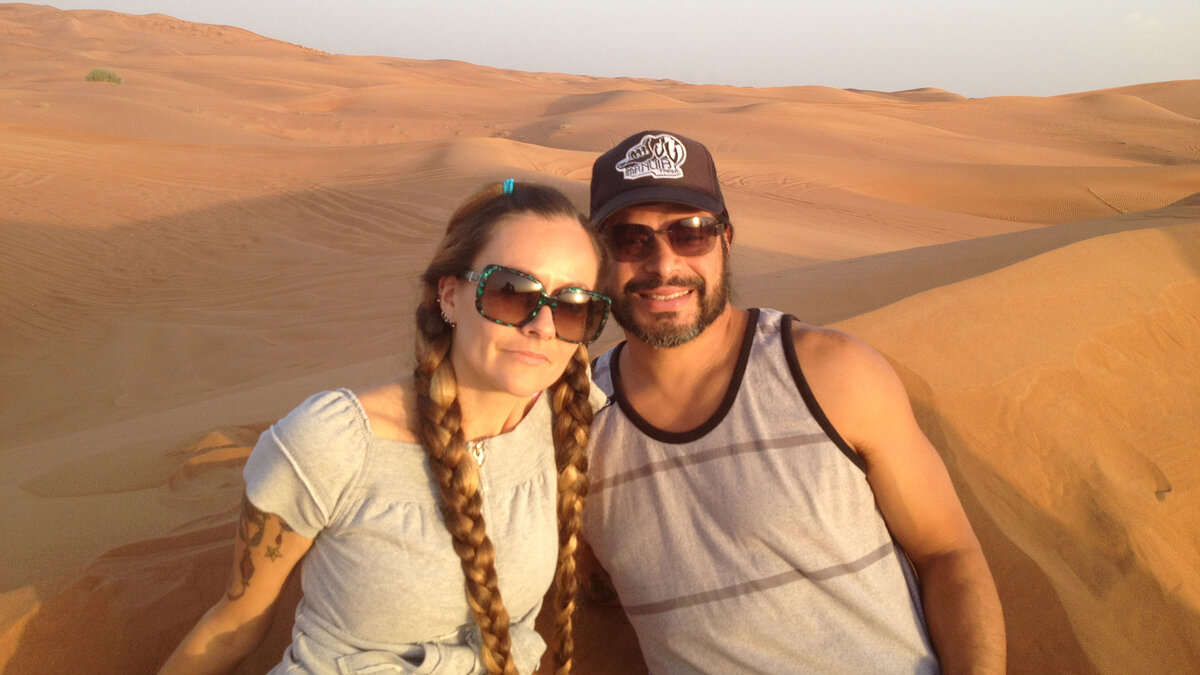 Metallica bassist Robert Trujillo and Chloe Trujillo is married for a while now. During her guest appearance at “Honest AF Show”, she shared some information on their relationship. She talked about how they’ve met and how they started their relationship.

Robert Trujillo is now playing with Metallica for a while. He started playing with Metallica in 2003 and took his place in the Rock And Roll Hall of Fame. Besides his successful music career, he is also married for a while with a son and a daughter. His wife, Chloe Trujillo is also an artist, has lots of work in painting. She normally is on news with her artwork but recently she shared some information on her relationship with Robert Trujillo.

During her guest appearance at  “Honest AF Show”, Chloe Trujillo got some questions on how she met with Robert. She answered that question as below:

We met in the ’90s. I was still in high school. It’s funny, because I was always part of that punk rock, metal scene — ever since I was, like, 12, 13 — and I would go to a lot of shows. We met in Paris. I became really good friends with a guy — I’m still friends with him. He’s older. He was kind of a big-brother figure to me… And he was really good friends with all the SUICIDAL guys. And they played a lot in Paris. I became really good friends with Rocky George and Mike Clark. This was before cell phones. They would call me up every time they would come into town: ‘Let’s go out.’ And Robert would always be there. But it’s so funny, because I was just hanging out with those two guys. Robert would be kind of there, but I never really talked to him except for just random things, but not really hang out.”

NOT Love At First Sight

After that story, she moved to L.A from New York and lost connection with Robert at the time. After a while, a friend of hers called her and said “Hey, I told Robert you were in L.A. now. He wants you to call him.” She was a bit surprised because she left him a voicemail and hasn’t heard anything. After that, she said “Robert called me. He was in Tahiti surfing. And he was checking his message from a payphone, and he mistakenly deleted your message. So he wants you to call him back.’ And I’m, like, ‘Is this a joke?’ And I’m, like, ‘Okay. I’ll call him back.’ And then we kind of got together.”

She adds that she was on a period of her life that she wants to focus on her career but suddenly Robert asks her on a date and yeah, that is it. She says that she didn’t want to hurt his feelings and said okay for that. Later in the interview, she got the question of if she attracted to him at the first sight. Her answer was like that:

“Not really. I always thought, ‘Oh, yeah, he’s cute,’ whatever, but I never really thought of him like…  It’s not like, ‘Oh, I saw him and I fell in love’ — it was not like that at all. So when he asked me on a date, I was almost, like, ‘I don’t wanna hurt his feelings.’