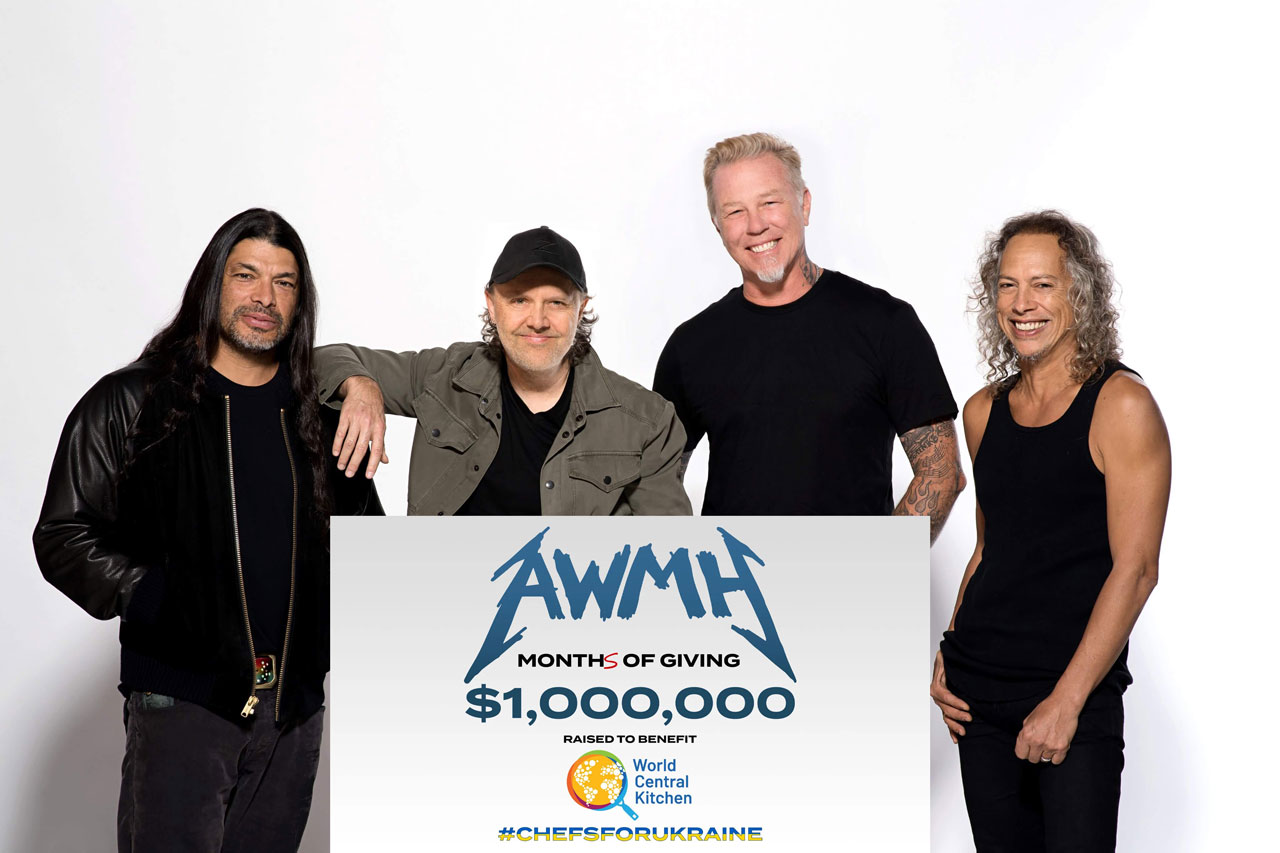 Metallica just donates over $1,000,000 for Ukraine with World Central Kitchen. They started the campaign in April 2022. Since the beginning of the campaign, the band put a target to match donations of up to $500,000 and asked Metallica fans as well as AWMH contributors to come along.

For this campaign famous thrash metal band, Metallica worked together with World Central Kitchen. During the partnership with World Central Kitchen, they have provided eight million pounds of meals to people in poverty across the region. The delivery was made up of donations directly by the band and fan-led fundraising, auctions for items and other experiences, and much more! The band announced the news through a post via the band’s All Within My Hands charity foundation.

Before that, the band also donated lots of money to the colleges. Metallica Scholars Initiative, the All Within My Hands Foundation will expand its reach from the 15 community colleges to 23 nationwide. Metallica Scholars Initiative announced their work in 2019 and helped 10 community colleges support Metallica during her tour. These colleges were chosen through an open competition and got $100.000 from the Foundation. The number grew to 15 by 2020. The final reports of the 15 schools showed the effectiveness of the donations. 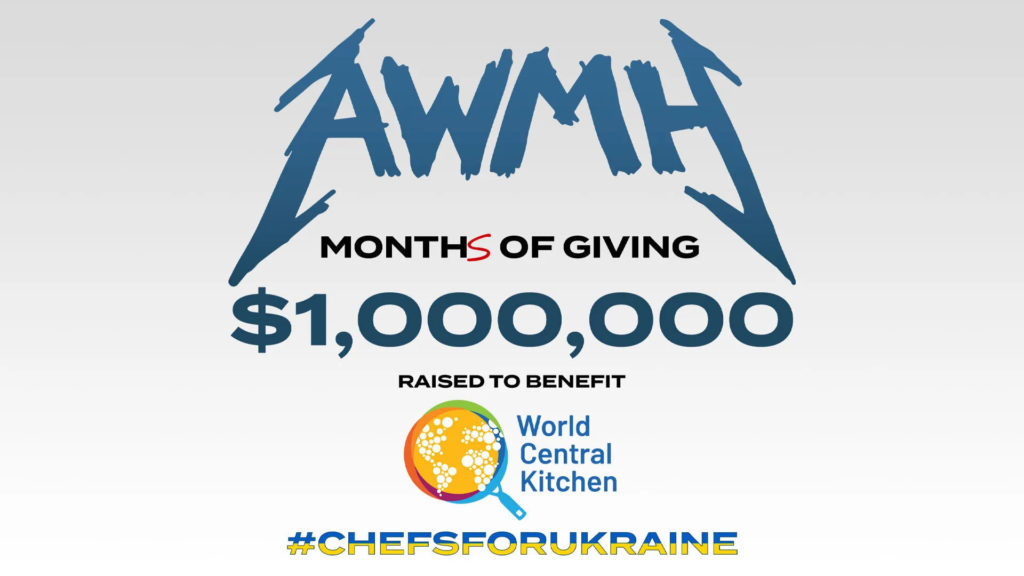 “It’s been just over three months since WCK first started supporting people displaced inside and outside Ukraine, serving nourishing meals and food kits to families throughout the region. We are so grateful to the incredible Metallica Family for supporting our efforts.

Food and community are at the core of our efforts, and our work is only possible with friends like Metallica. There is still a lot to do – the destruction is immense. But WCK will keep showing up for those who need us.”

And Metallica shared this statement:

“Thank you to everyone who participated, whether through our auctions, sweepstakes, local events, or limited edition Month of Giving merch offerings in the Metallica store. Thank you to artist and Metallica fan Andrew Cremeans for donating his time and talent to produce the design used for our official Month of Giving 2022 t-shirt. Thank you to the AWMH Boards of Directors and Advisors for matching dollars and ensuring 100% of donations go directly to WCK. And of course, thank you to the 35 incredible Local Chapters of the Metallica Fan Club who came together for a friendly fundraising competition and, alone, raised $60,000! A very special shout out to MASSter of Puppets – who topped the list with $21,150.58 raised – and OVERKILL.PL – whose contribution of $1,236.42 entered them into the raffle, where they were drawn at random for a second prize! The Metallica Family’s collective effort is truly inspiring.

This war on Ukraine has made us feel helpless and devastated for the people fleeing their homes. As we watch the work of WCK on the ground in Eastern Europe, we can see the impact of our gift. WCK has served over 31 million meals, reaching more than 230 cities and towns thanks to 4,300 team members – cooking in restaurants, stocking warehouses, delivering meals, driving trucks – working tirelessly to feed their neighbors in need, even while under attack themselves. Their delivery logistics network includes vans, trucks, trains, and warehouses throughout the country, providing over 8 million pounds of food to families, sometimes in areas completely cut off due to fighting and proximity to the Russian border.

Although this information might not be leading the nightly news as frequently as it did in months past, we cannot forget what is at stake or deny that the need is still strong. This is why we are honored to be joined by you to provide support for hungry refugees and double the impact we would have made on our own.”