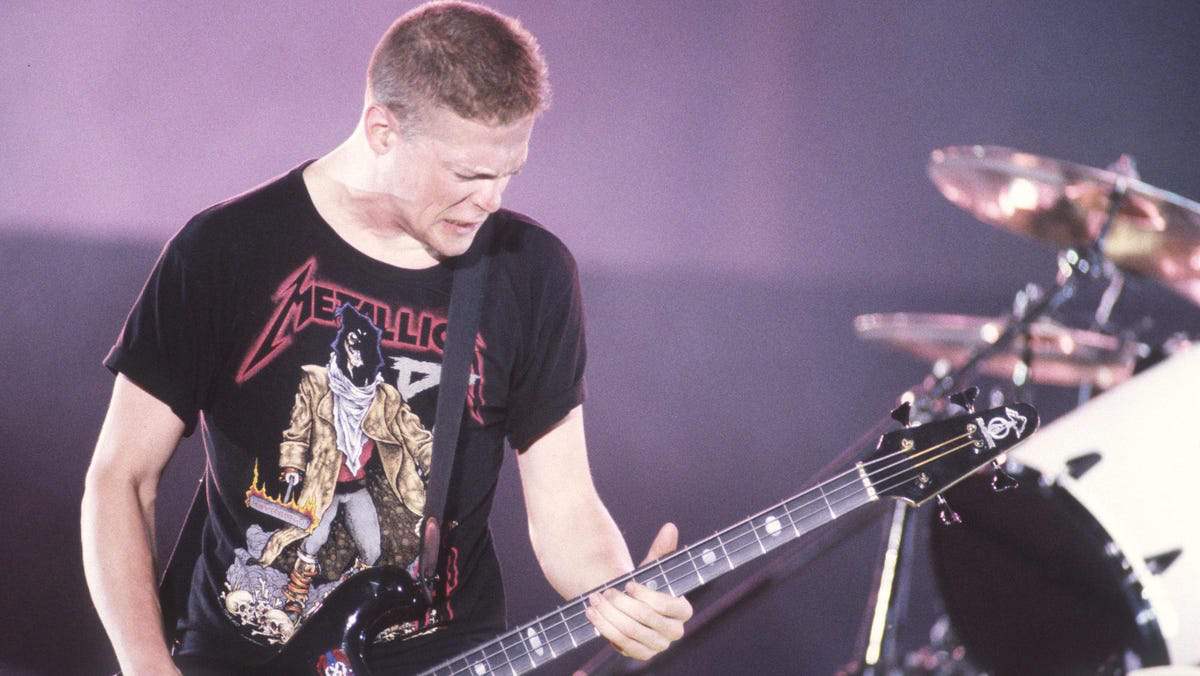 Appearing in a conversation, the former bassist of Metallica, Jason Newsted recalled his journey through joining the widely regarded metal band as he talked about his audition and the following days, during 1986.

As the regarded band Metallica celebrated its 40th year anniversary just recently, its former bassist Jason Newsted talked about his process of landing the band, which was thirty-five years ago from now. Back in those days, Metallica was on the European leg of the Damage, Inc. Tour when they lost their regarded bassist Cliff Burton due to the crush of the band’s tour bus. So, with a need of searching for a replacement, Metallica started auditioning over 50 musicians, including David Ellefson of Megadeth and others, as well. And even though he was last in the line, the talented bassist Newsted ended up winning and landing on the band above all those names.

During the auditions, Metallica had also called their former bassist Burton’s parents upon to help them to choose.

So, when Jason Newsted was invited back by the regarded band to give him the news, they were still there, supporting him. Burton’s mother hugged him tightly and said, “You are the one. Please, be safe,” when Newsted found out that he got chosen as the band’s new bassist.

And recalling those days, the talented former bassist of Metallica, Jason Newsted talked about how he prepared and how his process of joining Metallica went back in 1986.

“Just to be amongst them was very special. I went in totally prepared and confident,” Newsted started recalling.

“That evening, it was the third day that I played with the boys, I think I stayed overnight in San Francisco for the first time. That third night, they had ‘the elders’ come in for their blessing. So Torben Ulrich, – Lars Ulrich’s father- the Burtons, a couple of the crew guys, people that had been there from the get-go. We got through about six tunes: Master of Puppets, Fade to Black, Bell Tolls, the masterpieces!

So I am just composing myself for a second, putting my bass down, turning off Cliff’s amp – I’m playing fucking Cliff’s amp, dude!,” reflected his thoughts during those moments, the talented bassist, and then continued telling how Cliff Burton’s mother reacted right after his audition had ended.

“Jan comes walking in the room by herself, and she grabs me, and gets my attention. She says, ‘Great job, son,’ and I’m like, ‘Oh fuck!’

She embraced me, and it seemed like it was quite a while, and she said, ‘You’re the one, you must be the one. Please be safe, we love you,’ and she gave me a kiss,” said the former bassist Jason Newsted, and finished expressing how he actually affected by that moment, saying,

The talented bassist quit the band back in January 2001, as he announced his departure while plans were being made for the band to enter the recording studio to record its eighth studio album. Back then, Jason Newsted stated his departure from Metallica was based on private and personal reasons, which are to be come out light clearly later. It turned out that the talented bassist chose to quit the band after his bandmates rejected his proposal for taking a year hiatus as Newsted had been wanting to use that time to focus on his side-project Echobrain.

Ultimately, the former bassist of Metallica fronted his own heavy metal band Echobrain, which remained from 2012 to 2014. Throughout his career after leaving Metallica, Newsted also toured with  Echobrain and Voivod as a member of them, along with also touring with Ozzy Osbourne.