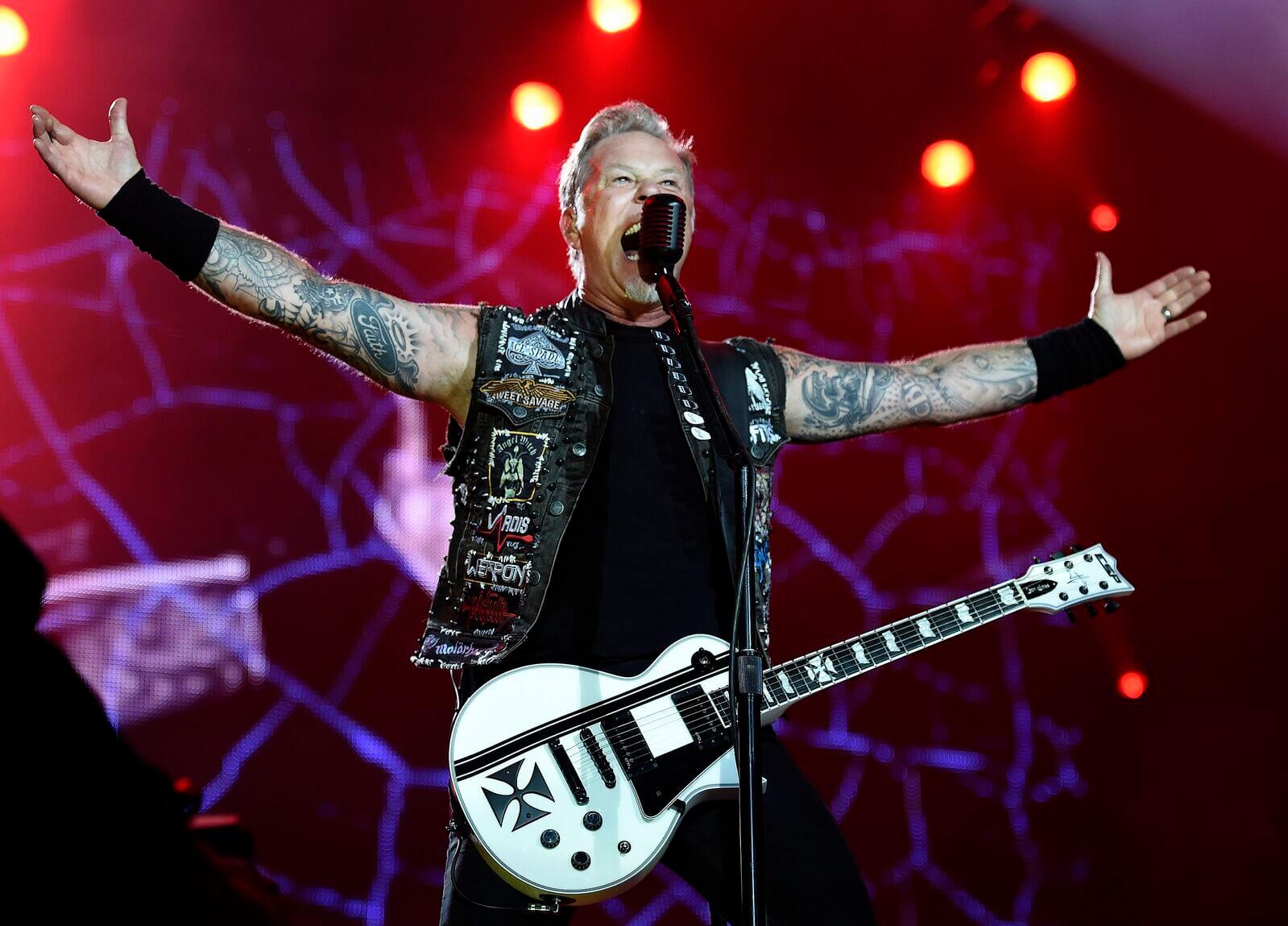 Metallica will release their upcoming album ‘72 Seasons‘ on April 14th, 2023 after 7 years. Metallica’s vocalist and frontman James Hetfield talked about their first single “Lux Æterna”, from the new album.

“’72 seasons.’ The first 18 years of our lives form our true or false selves. The concept that we were told ‘who we are’ by our parents. Possible pigeonholing around what kind of personality we are. I think the most interesting part of this is the continued study of those core beliefs. And how it affects our perception of the world today. Much of our adult experience is a reenactment or reaction to these childhood experiences. Prisoners of childhood or breaking free of those bondages we carry.”

During the interview with ALT 105.1, James Hetfield talked about the insight of the new album:

“‘Lux Æterna’ is an upbeat, kind of fast and joyous song, I would say… really indicative of New Wave Of British Metal stuff, so kind of a harkening-back-to-’80s kind of riff. It’s just fun and makes me move. It was fun making the video, fun recording a song that comes out really easy, that was a real easy song to write and to perform, like I said, very much like the early ’80s for us. ’72 Seasons’ came out of a book I was reading about childhood, basically, and sorting out childhood as an adult.

’72 seasons’ is basically the first 18 years of your life. How do you evolve and grow and mature and develop your own ideas and identity of self after those first 72 seasons? Some things are more difficult than others… You know, some things you can’t unsee and they’re with you for the rest of your life, and other things you’re able to rewind the tape and make a new tape, you know, in your life. So that’s the real interesting part for me, is how you’re able to address those situations as an adult and mature.”

“There’s been a lot of darkness in my life and in our career and things that have happened with us, but always having a sense of hope, always having the light that is in that darkness, and without darkness, there is no light, and being able to focus a little more on the light in life instead of all of the… how it used to be and how horrible it is. There’s a lot of good things going on in life, focusing on that instead. And it helps to balance out my life. And there’s no one meaning to it, you know, everyone has some sense of hope or light in their life. Obviously, music is mine. And the song specifically talks about gathering of people at a concert. Able to see the joy and the life and the love that comes out of music and the family and the kinship in that, and just a sense of uplifting.”

He also commented on details of the ’72 Seasons’ album:

“Yes, you read that correctly… we have completed recording at HQ, and our 12th studio album is coming your way! It’s been six years since Hardwired…To Self Destruct. So we think it’s about time for some new music. With 12 tracks totaling over 77 minutes, 72 Seasons hits all the places you can consume music on Friday, April 14, 2023.”

“Anticipation
In domination
A sea of hearts beat as one, unified
Magnification
All generations
Approaching thunder awaiting the light