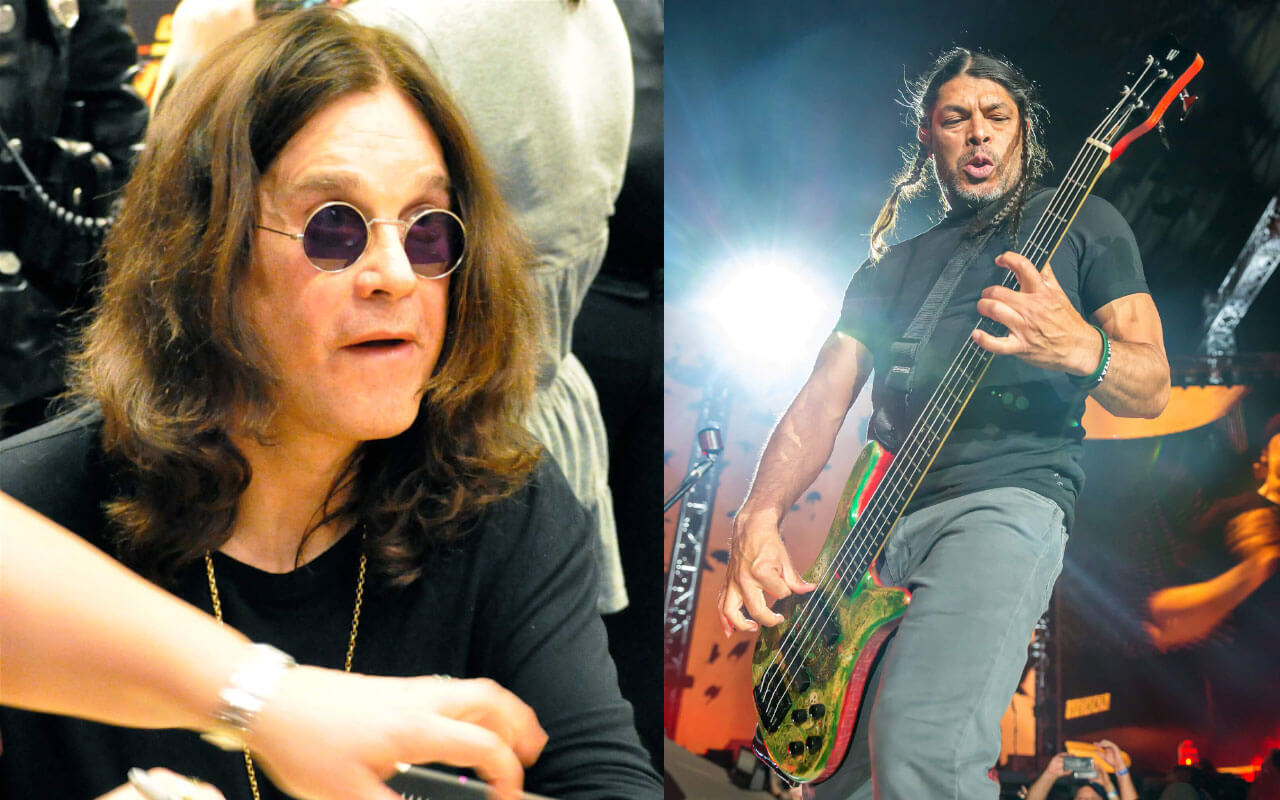 A lot of famous artists and musicians in rock-metal history working with Ozzy Osbourne for his latest album. In latest appearance on the SiriusXM program, Ozzy Osbourne’s Boneyard to advertise the album producer Andrew Watt mentioned how the duo of Ozzy Osbourne and the guest guitarist Jeff Beck also raise the quality of the ‘Patient Number 9‘ album. The title song on their own improvisational skills and commitment to their work.

In the early 2000s, the average radio-listening, MTV-watching “Enter Sandman” song Metallica fans likely first heard about Robert Trujillo’s interesting style of guitar playing, unstoppable energy, and undying positivity after seeing his performance in Metallica’s fascinating Some Kind of Monster documentary. However, metal pioneers had been recognizing Trujillo as a straight-up low-end slayer for a long time.

During the years with Suicidal Tendencies along with Mike Muir’s supergroup funk-metal spin-off Infectious Grooves. Before joining alongside Ozzy Osbourne in the late Nineties for a string of tours and to contribute to the 2001 album Down to Earth.

If you’ve heard the “Patient Number 9” title single song. There’s going on in the introduction that sounds like many voices and conversations that are layered over the opening minutes prior to Ozzy Osbourne’s vocal sessions.

“Ozzy’s been an important part of my life. I mean, it’s safe to say, Suicidal Tendencies and Ozzy Osbourne, I would’ve never got the opportunity to be in Metallica. You know what I mean? Ozzy’s been a really important human being in my life and I’m grateful for him.”

He also talked about when he discovered Ozzy Osbourne and how:

“Oh, that’s a good one. So back in the day when I was in elementary school, all of my best friends back then – who would’ve been anywhere from 10 to 12 – their older brothers were die-hard Sabbath fans. And we were introduced to Sabbath in a very theatrical way… meaning that our friends’ older brothers would have candles and lava lamps and they would play the first Black Sabbath album.”

What my friends and I would do, we would sometimes sneak in their room and listen on their turntable and, you know, light up the lava lamp. We would scare the shit out of ourselves by listening to tracks while staring at the album cover trying to figure out what these guys were all about … We’re just like, “Oh my God, that’s so scary.”

So that was my first introduction. Then I started playing in a backyard party band on the Westside of L.A. called Oblivion, and we actually covered “War Pigs” and “Iron Man.” We also covered “Crazy Train,” as well … and maybe a little bit of “Sweet Leaf.” So that was my playing introduction to him, and I must have been about 16 at that time.”

It’s just got a balance of everything. I love what the rhythm section’s doing on there and the counterpoint or sort-of pulse rhythms. The dynamic range of that song is really, really powerful.”

Which Black Sabbath song is a favorite of Robert Trujillo?

“It’s gonna always be “War Pigs” for me, because I love the vocal arrangement, the groove and the free-form sort of playability. Butler and Bill Ward are just kind of dodging and weaving. It’s almost like they’re doing this dance as a rhythm section. And then you got Tony Iommi there and he’s in it, too. It’s almost like they’re surfing together. You know, it’s just such a powerful moment in rock & roll, those jams, and then how it all comes back together and it just breaks down. Kirk and I have a cover band called the Wedding Band, and whenever we play that song every single person is singing.

It’s just the lyrics, the vocal melodies, the groove and the powerful statement that the drums are making: It almost feels like sort of jazz and metal cause it’s swinging, you know, it has the balance. So “War Pigs” would have to be my favorite song. That’s my jam.”

Oh yeah. You know, I remember when I was a teenager being at Guitar Center. I think I had ditched school and I snuck over to Hollywood by myself — and I saw Randy. I think he was in Quiet Riot at the time. He wasn’t even in Ozzy’s band yet. There was nobody else in the store, just him and these guys that worked there handing him guitars. He was this small little skinny kind of dainty guy — and he was ripping! He seemed very shy and I went up and, you know, nerded out on him for a second, like, “Hey man!”

Some of the stuff he was doing reminded me of John McLaughlin, like Mahavishnu Orchestra. In fact, if I remember correctly, I feel like he was playing the chord progression to “Diary of a Madman.” And I was like, Wow. … And he looked up at me and kind of smiled. Again, he seemed very shy, but he was just ripping. And I was like, Who is this guy? And then when I discovered Quiet Riot, I realized who he was…

And then all of a sudden he’s the guitar player for Ozzy. And the rest is history.”

How Ozzy influenced Robert Trujillo in writing and recording sessions?

“Well, I was fortunate to be able to work with Ozzy for many years, and, you know, Zakk and I played together in the Nineties in Ozzy’s band. I was always really inspired by the bass playing of Bob Daisley and the rhythm section.

You can listen to and watch Ozzy Osbourne – ‘No More Tears’ song below!