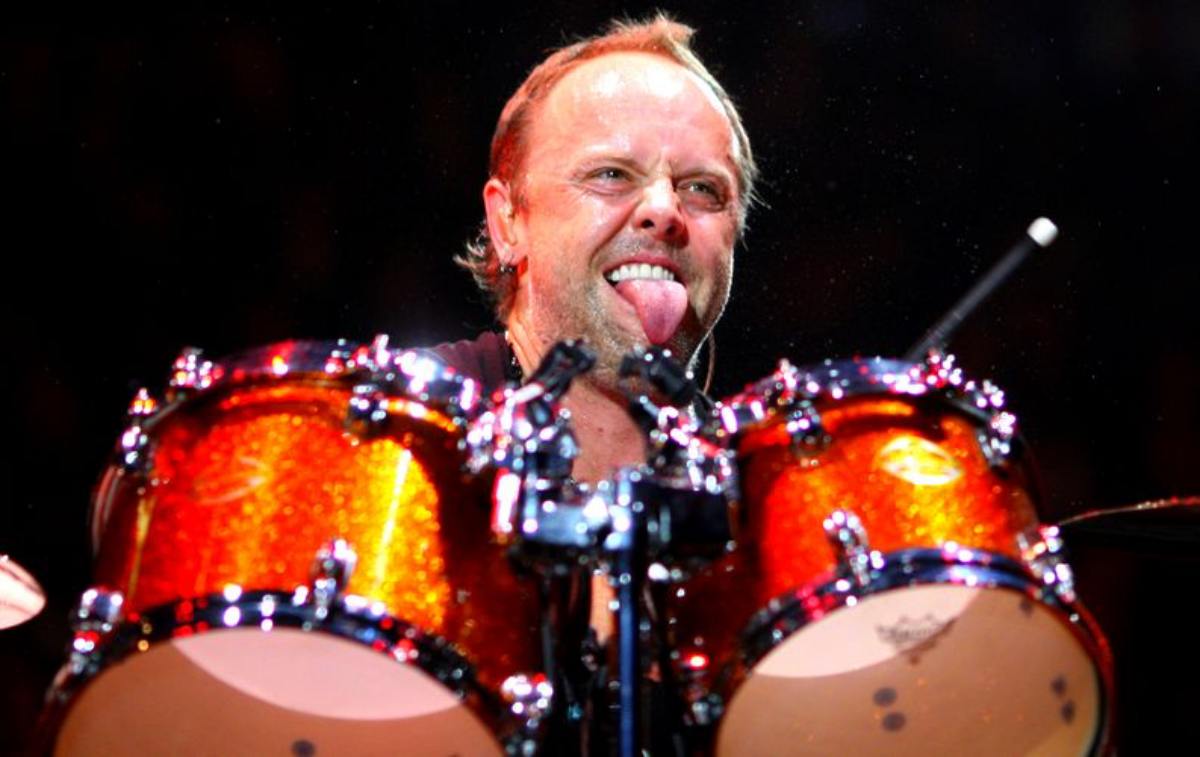 It’s been a really busy month for the regarded band, for sure! And now, Metallica has also been celebrating its talented long-serving drummer, Lars Ulrich, birthday as many other famous names join among them.

While many of us have been watching Metallica passing through a really busy month before wrapping 2021 up, there are still big matters left to celebrate, apparently. After the regarded band Metallica had celebrated its 40th year anniversary just recently with a historic pair of 40th-anniversary shows, it seems now its drummer Lars Ulrich‘s turn to be celebrated as he turned 58 a few days ago.

Alongside the fans all around the world celebrating their favorite drummer Lars Ulrich’s birthday, other famous and regarded names have also joined among them, wishing the talented drummer of Metallica their best wishes! And among all, Anthrax guitarist Scott Ian and Satyricon frontman Sigurd ‘Satyr‘ Wongraven have become the most notable names so far, as they attached touching messages to their celebration for their old and dear friend.

Anthrax guitarist Scott Ian shared a post through his social media account to celebrate his old friend, Lars Ulrich, birthday with a photo of him with Metallica drummer taken nearly 38 years ago. Right down of their photos, Scott Ian attached those words, writing:

“Two 20-year-old kids on the Tennent’s and Special Brew probably talking about how much we loved Van Halen‘s 1984. This pic was taken in March of 1984 at a flat in London that Metallica were staying in. They’d left the studio in Denmark (they were recording Ride The Lightning) to come to the UK for the Hell On Earth tour with The Rods and Exciter but the tour was canceled due to a lack of ticket sales! Metallica couldn’t go right back to Denmark as the studio had been booked for the time they’d be in the UK. The label, Music For Nations got them a flat and set up some press as well as their first show in the UK at the Marquee. I was in London to do some promo for the just released Fistful Of Metal. I was only supposed to be in town a few days, but when my hospitable friends Metallica got the flat they ‘twisted my arm’ to crash with them for a week or two – we got up to some awesome shit. And yes, it was during this shenanigan filled time that Cliff [Burton] and I got arrested, but I digress. The point of this post is to say HAPPY BIRTHDAY LARS!!! I hope you’re having a great holiday my friend and I also hope you still have that DIAMOND HEAD sweatshirt! Cheers! @larsulrich @metallica #tennentssuper #carlsbergspecialbrew”.

In the meantime, also Satyricon frontman Sigurd ‘Satyr’ Wongraven shared a photo of him and Lars Ulrich, which was seemingly taken at an empty restaurant or something. Also, a message attached thanking Metallica drummer for his friendship, helping him to stay strong and all. Satyricon frontman Sigurd ‘Satyr’ Wongraven wrote those while praising his friend and celebrating his birthday:

“There’s always something to be said for the individual who is confident enough to be aware of his or her accomplishments while at the same time being down to earth. Gene Simmons once described Lemmy‘s greatness by saying he was an unassuming type of person. Throughout the twenty years I have known Lars as the pivotal figure he is in the world of heavy music, he has only proved his nay sayers wrong. Because he is one of those unassuming type of persons while being a lot of fun at the same time. He is genuinely interested in YOU, he is warm and generous and he’s got an immaculate taste when it comes to art and music. The pandemic has been rough on a lot of us, but my sms exchanges with this fella, has been very helpful in keeping my head up high. Thank you for being you, brother and HAPPY BIRTHDAY”.

On the other side, after the celebrations of Metallica’s 40th year anniversary had slowly come to an end, its talented drummer Lars Ulrich has posted a few photos from the incredible two-night weekend, reflecting his gratefulness to fans that have supported their way through this very day for 40 years.

The celebration shows were held at San Francisco’s Chase Center on December 17 and December 19. During the shows, Metallica played at least one song off each of their studio albums to honor its 40th anniversary, including the ones that have never been played on stages as well, while tons of fans from all around the world also flocked to the concerts in San Francisco all weekend. The shows were also aired exclusively on The Coda Collection for a limited time, as they also returned for an unlimited time after, only for the members this time, along with enhanced bonus footage and additional exclusives besides them. You can check out the details, here.

And before we finish, we also want to celebrate the birthday of the precious drummer Lars Ulrich, especially offering our appreciation for him for forming Metallica and giving endless efforts to provide great and qualified music for a very long time without resting. Happy birthday!