As always, it seems Metallica has no intention of getting down from its throne, which is also proven by its streaming results on one of the digital music services. Marking the third year of its row of being streamed more than a billion times, the regarded band has shared that they were being listened to 1.3 billion times through Spotify during 2021.

There is no doubt that 2021 provided lots of things to celebrate for Metallica, while they have never stopped running through much more success like they always do. On December 31, 2021, the regarded metal band has revealed their 2021 streaming glory with its fans through their social media account, also adding the capture that says:

“With all the ups and downs of 2021, one thing remained consistent – you listened to a lot of Metallica on @spotify! Just when we thought you couldn’t possibly listen to anymore, you went and proved us wrong. Clocking in at 112.2M hours of streaming, we were the top artist for 1M of you! Honestly, we don’t even know what to say. But a massive THANK YOU, ‘TALLICA FAMILY feels pretty appropriate right about now. Happy New Year to you all; we’ll see ya in 2022! #2021ArtistWrapped”.

Many of us know that the regarded metal band had been passing through a really busy month before they wrapped up 2021 finally. After celebrating its 40th year anniversary with a historic pair of 40th-anniversary shows, Metallica also continued celebrating as its talented drummer Lars Ulrich turned 58. While the legendary drummer’s birthday was also celebrated by many other famous names, Lars Ulrich didn’t stay put like his band at all, having much more staff on his plate. During the band’s celebrations, the legendary drummer has also made donations to three charities in his hometown, after he won an award from a foundation.

On the other side, San Francisco also celebrated the regarded band, as it has declared December 16th for one of the “big four” bands, calling it ‘Metallica Day‘, holding a ceremony to commemorate the honor. After a long time, Metallica had got on the stage at Chase Center, during the celebrations, while there were tons of fans from all around the world flocking to their concerts in San Francisco.

During the celebrations, Metallica got on the stage at Chase Center after a long time, as their last performance occurred on the September 2019 S&M² concerts. And tons of fans from all around the world flocked to the concerts in San Francisco all weekend. Afterward, the regarded metal band also curated other events all around the city, after the long four-day weekend of celebrations started on Thursday, December 16.

In the meantime, Metallica has also expanded its huge achievement catalog, while also proving its pretentious is not only in music but also in other industries. The regarded band announced that it has become an investor of one of the biggest media brands, TrillerNet, which is a parent company to Triller, VERZUZ, Triad Combat, Triller Fight Club, FITE, and other leading media brands.

So, there are of course lot more than we could mention in this article, as Metallica had worked really hard during 2021, like many other years. From releasing more new efforts to continuing to meet its fans on stages, the regarded band has sure proved one more time its unstoppable speed and power with the works and success it achieved, as it also showed off again by its 1.3 billion hits on Spotify.

Ultimately, we also gathered some of the best songs of Metallica from each album of its, as the regarded band wrapped up 2021 with completing its 40th year in the music industry and still rocking. And here is the post of Metallica, giving its gratefulness to all who have been stood by them for all those years and supported their journey filled with achievements and strengthen their place on the throne.

Gary Holt Discusses the Bandmates and How Exodus Affected by Pandemic 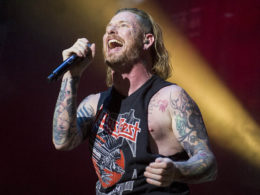 While the Covid-19 restrictions easing up all around the world, we started to see bands and musicians starting…
byBatu Demirbas
No comments 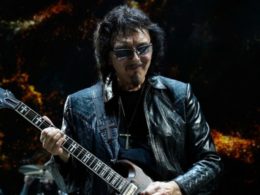 Tony Iommi Declares the Pleasure for Collaborating with Ozzy

Black Sabbath‘s vocalist Tony Iommi has celebrated the new year, while also summing up some of his important…
byYaren İlayda
No comments 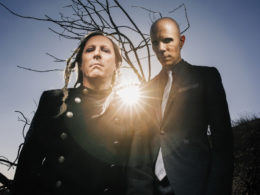 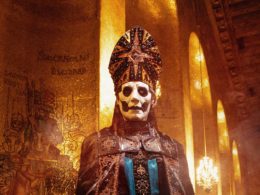 Ghost was formerly called Ghost B.C. in the US, and they are a Swedish rock group founded in…
byYunus Emre
12 shares
12
0
0
No comments