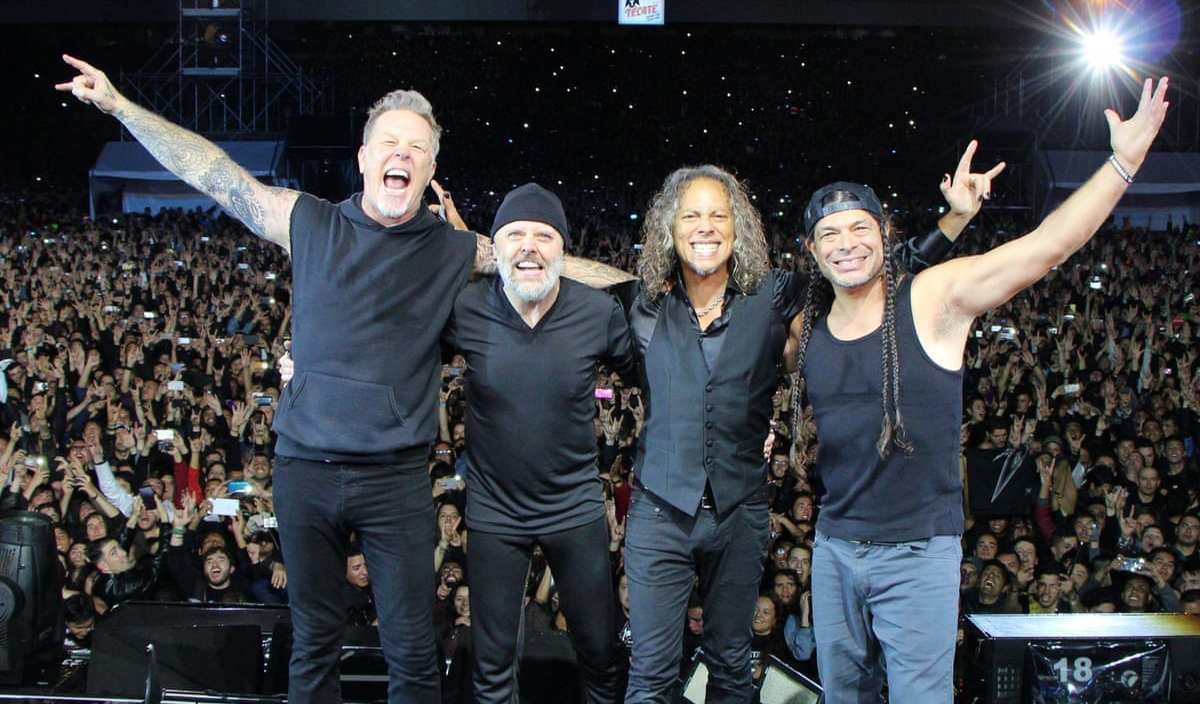 After wrapping up 2021 with lots of achievements and work, Metallica will hit the road all around the world again in 2022 without even resting. So, here is the list of the regarded band’s already scheduled concerts for its 2022 tour, down below.

Many of us know that 2021 has been a really busy year for Metallica, as they have continued to keep feeding its fans its unique music during its 4-decade-lasting career. One of “the big four” bands has also wrapped the past year after celebrating its 40th anniversary, honoring all fans along with themselves with a historic pair of 40th-anniversary shows, as well. And the regarded metal band also doesn’t seem dedicated to stopping at all, as they have also a huge 2022 tour already planned for them.

So, as the regarded band is already set to share its music with all its fans, we listed the whole scheduled shows of Metallica in 2022 for you along with details. But we also suggest you stay tuned as we will also update this list, in case some changes or new dates would be added to the band’s upcoming tour plan, as well.

Most of the tickets for Metallica‘s upcoming shows in 2022 are already on sale with also lots of package options for fans to choose the best option that fits with their budgets, as well. There are 8 fan packages determined so far for the close shows, which are comprised of Silver, Diamond, Diamond Deluxe, Gold, Diamond VIP, Gold Deluxe, Gold VIP, Deluxe Hotel, with around $865 prices that increase according to your choice, serving the best offers for your needs.

In the meantime, the standard tickets for the upcoming shows of Metallica in 2022 are starting at around $300, whose least price is seemingly $287, and getting higher according to the seats and levels you will be purchasing. And except for the sooner concerts, the late shows’ ticket levels aren’t also determined except their standard ones, as well. This tour probably helps more revenue for Metallica’s net worth until now.

They also confirmed that they will launch a 2022 European tour 2022. It’s “The Return Of The European Summer Vacation” tour that will see the metal giants performing seven shows across mainland Europe between June and July 2022. The first show will take place at the Copenhell festival on June 15th, 2022 in Denmark and will continue until NOS Alive in Lisbon on July 8th, 2022.

Metallica shared a statement about the upcoming European concerts:

“We have waited far too long to say these words – we’re getting back out there and are finally announcing our return to Europe in 2022! Needless to say, we cannot wait to see all of you once again as our European Tallica Family will finally have a chance to reunite in June and July of next year. We can’t wait to once again take the stage as part of the time-honored tradition of summer music festivals and we’re excited to see some of our friends, both new and old, at Copenhell, Pinkpop, Firenze Rocks, Prague Rocks, Rock Werchter, Mad Cool, and NOS Alive.”

So, we also advise you to get a wiggle on while the best tickets have already started melting fast. And before you take action, here are the scheduled shows of Metallica so far in 2022.