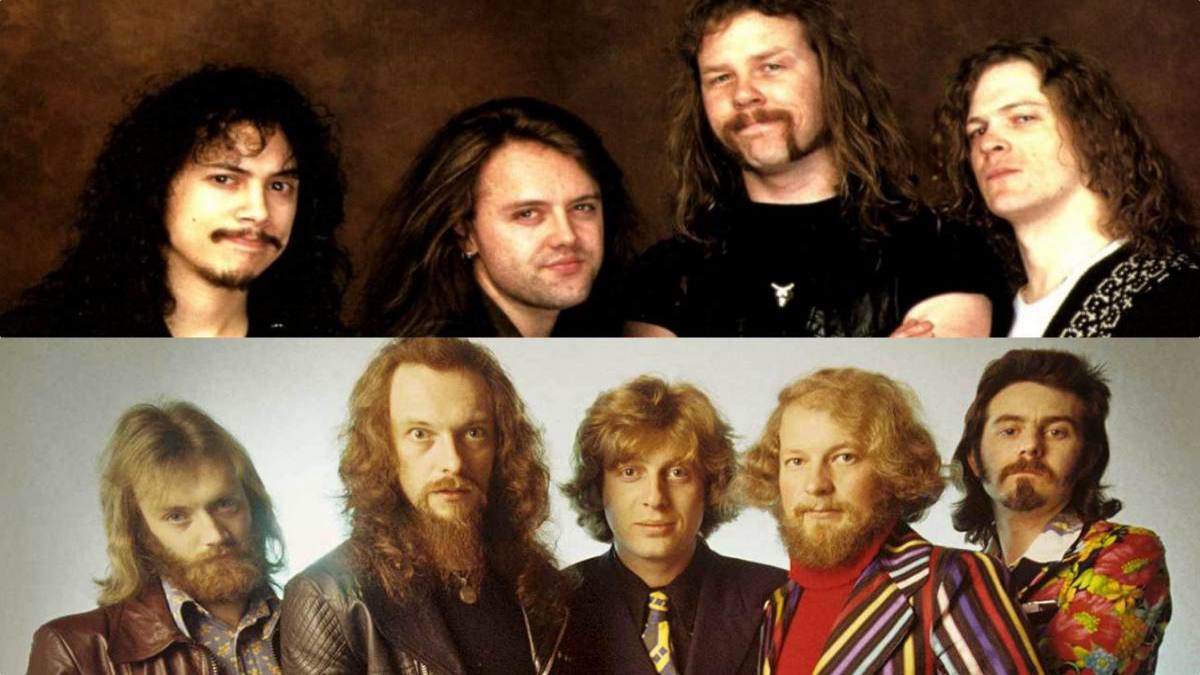 Maybe Metallica has become the biggest band of all time, but this doesn’t mean they didn’t have any competitor on their way. And the Jethro Tull frontman Ian Anderson looked back during his recent interview and said that Metallica was really ‘gentlemanly’ when they lost the “Hard Rock/Metal Performance” Grammy against them.

Back in 1989, Metallica was nominated to a Grammy for the first time but lost to Jethro Tull, a progressive rock band distinguished mainly by its heavy use of flute. While fans along with even some audience members at the ceremony got angry and clamored against the result, Metallica received their loss totally on the contrary with a really ‘gentlemanly’ and kind attitude. In the meantime, the record label of Jethro Tull placed a Billboard ad, which was explaining that The flute is a heavy, metal instrument,” to make light of the faux pas.

And recently, the frontman and only constant member of Jethro Tull, Ian Anderson appeared in an interview, where he also looked back and talked about those stirring days after being asked if he ever got a chance to “to rub in the face of Metallica” after winning 1989’s Best Hard Rock/Metal Performance Grammy award against Metallica.

“Well, I think Metallica were actually very gentlemanly,” starts Ian Anderson reflecting on the metal giants’ reaction after losing against them. “At the time, they did say, when they did win the Grammy next year, as I predicted they would, they took out a page in Billboard thanking the record company, their friends and family for supporting them, the dog — I mean, they thanked everybody, including Jethro Tull for not releasing a new album that year. They had a sense of humor about it. They took it on the chin even though everybody was busy telling them they were gonna win a Grammy and then, unfortunately, that year they didn’t. But they were the hot new act, and surely they were gonna win it the following year, and, of course, they did.”

You can also hear the whole interview of Jethro Tull frontman Ian Anderson, down below.

Back in 2019, Metallica drummer Lars Ulrich also looked back at the time on Instagram and wrote to his fans reflecting on his band’s first Grammy loss:

“Today 30 years ago, February 22 ’89, we played the Grammys for the first time and that was quite a mindfuck!!

But all was not lost. The expressions of disgust from most members of the audience (other than Iggy!) is something I will treasure for the rest of my life. And I was rocking some pretty crazy hair that was edging dangerously close to a mullet! Happy days indeed!!”

After all, Metallica eventually and unsurprisingly started its award-winning streak with its self-titled fifth album of Metallica, aka The Black Album, and has been wiping away dozens of awards ever since. And when they finally won their first Grammy later in 1992, the band’s drummer Lars Ulrich also thanked Jethro Tull for not releasing an album in that year, gesturing the band in a hilarious and kind way as expected from them.

On the other hand, Jethro Tull frontman Ian Anderson also recalled the day when his band won “Best Hard Rock/Metal Performance Grammy” during one of his old interviews back in 2012. He said at the time:

“I probably get [the question] a lot more when I’m talking to American writers than I do [at home in England]. It’s not really a big deal over here. It was in a year where it was a new category for ‘hard rock’ forward slash ‘metal’ and that category still exists today … and we were, for some strange reason, nominated. And at the time, no one paid any attention to the fact that we were nominated. There was not a peep out of anyone. Because they thought there’s no way Jethro Tull are gonna win it. Nor Iggy Pop, nor Jane’s Addiction. It’s going to be Metallica because they were the huge, new, straight-out-of-the-box, enormous, hit talent that year and everybody took it for granted that Metallica were gonna win the Grammy, including Metallica themselves. And when it was ordered to Jethro Tull, to a barrage of boos and hisses and gasps of disbelief, I’d like to think that it wasn’t that the six thousand voting members of the National Academy Of Recording Arts And Sciences were voting for Jethro Tull as a heavy rock band or a heavy metal band. They gave us the award because we were a bunch of nice guys who never won a Grammy before. And sad to relate, even after all these years, there is still no category for best one-legged flute player. Otherwise, I’d be winning it every year.”

The album that made Metallica won their first Grammy award, Metallica aka. The Black Album has become the regarded band’s best-selling album, along with one of the best-selling albums worldwide, as well. As it also received widespread critical acclaim, the fifth album of Metallica has also as sold over sixteen million copies in the United States, peaking at number one in ten countries as well as spending four consecutive weeks at the top of the Billboard 200. So, The Black Album became the first album of Metallica to top the album charts along with becoming the fourth release in American history to enter the 550-week milestone on the Billboard 200.

Before we finish, you may also be interested in finding out the whole albums of Metallica and what have they achieved over 4 decades from here along with their chart and sale details, as well.