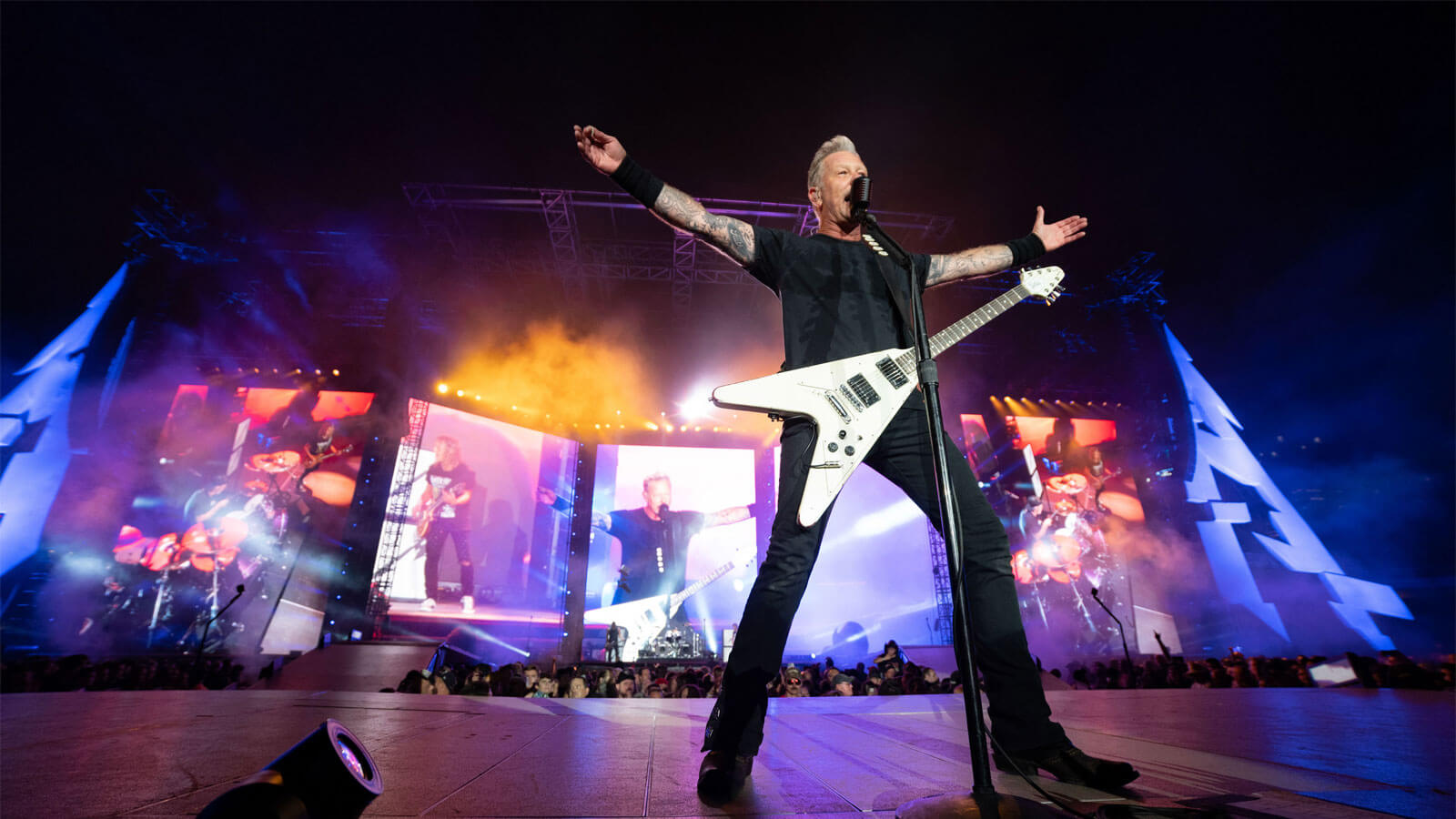 2023 is rolling up to be an excellent year for new albums and an equally exciting year for live music. Pantera will perform its first gigs in the United States in over 22 years.

Metallica is on the road in promoting its new ’72 Seasons’ album. Turnstile has been chosen to open for pop-punk legends Blink-182 on their much-anticipated reunion tour. That’s only a taste of the numerous epic trips we can’t wait to take on our next voyage around the sun. TOOL band is also coming back with a new tour. Foo Fighters, Puscifer, Enslaved, Cradle of Filth, DevilDriver, Life of Agony, Sick of it All, Spiritbox, and many more will tour in 2023 worldwide, including European, Asia, Australia, Canada, South America, and more.

Most Anticipated Metal and Rock Concert Tours of 2023

Let’s check which metal and rock bands’ concert tours we are excited about for 2023. You can also check our comprehensive concert and tour dates page here. 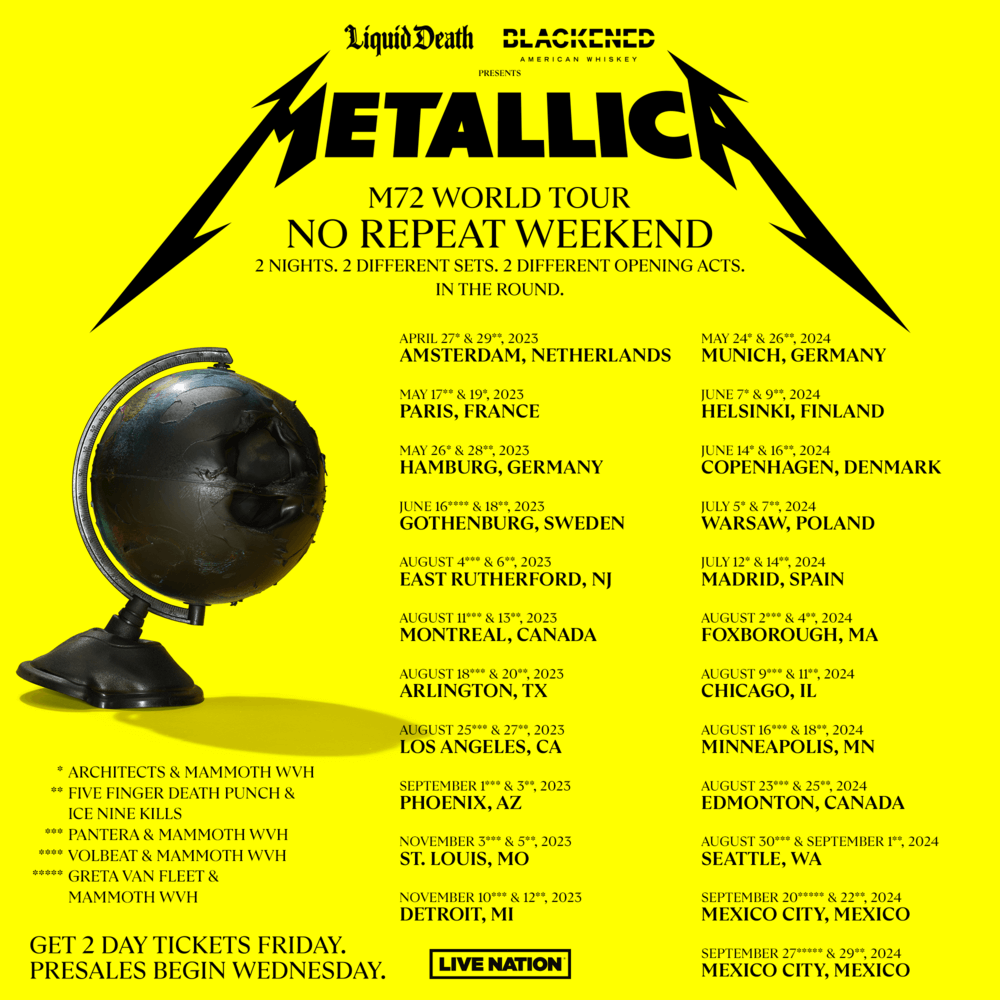 Tool‘s upcoming 2023 tour starts this Spring. So, Tool announces a couple of tour dates. But they will be adding more concert dates soon.

“The guys in Tool, they just take longer to process information and get it together and present me something that I can start building on. I have made the mistake in the past of trying to build on something that wasn’t ready yet. And then all the work I put into building on the thing, they change the foundation.

If I’m trying to decorate the house and then you move where the doors are or the windows or add a floor, I gotta start over, as an interior decorator. I have to wait for them to do it, so there’s time. I have time to do all these other things in between because I can and I should. One could argue a little bit of discipline and a little prodding, a little cattle prod or a taser would help move these guys along a little faster. But that’s their process, you just have to kind of respect it.

It’s frustrating. I’m sure they’re frustrated with me because they hand it to me and I’m like, ‘It’s done.’ like, ‘You didn’t take any time with it?’ Yes, it took 50 years for this reaction to these things. I’ve been preparing for decades to hear these things and be able to react honestly, and I riff on them – on all the songs, on all the projects.” 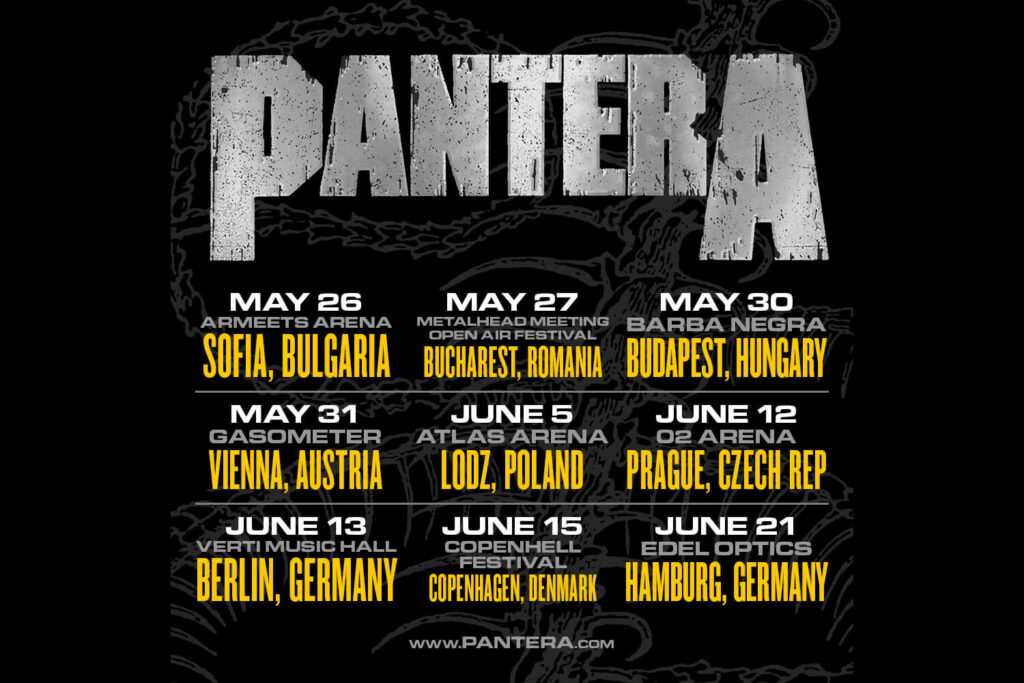 Avenged Sevenfold comeback with a massive tour. But they shared two concerts for May 19 and May 26th, 2023. In 2023, Avenged Sevenfold will release its long-awaited new album. They’ve been confirmed as the headliner for two significant events, Welcome to Rockville and Sonic Temple.

Mötley Crüe, Def Leppard, and Alice Cooper go on tour together and starts on August 5th, 2023.

The three iconic music bands kick off on a summer tour of North America, with “The Stadium Tour” concluding on September 9th, 2022, in Las Vegas, Nevada. They will then go on tour again in 2023. This tour, presented by Live Nation, will kick off on Saturday, February 18, 2023, at Mexico City’s Foro Sol. Both bands will tour Latin America with their incredible live performances before heading to Europe in May 2023. It also includes a stop at Wembley Stadium on July 1, 2023, before concluding at Hampden Park in Glasgow, United Kingdom, on July 6, 2023.

Anthrax, Black Label Society, and Exodus are touring together.

The tour kicks off on January 17th in Boise, Idaho, and finishes on February 18th in Oakland, California, USA, the city of Exodus.

Iron Maiden is one of the most known heavy metal bands in history. Of course, Iron Maiden will tour in 2023.

Beginning in June 2023, the band will tour Europe and the United Kingdom, including a hometown concert in London on July 7. Iron Maiden’s tour will begin with unique new album acts. 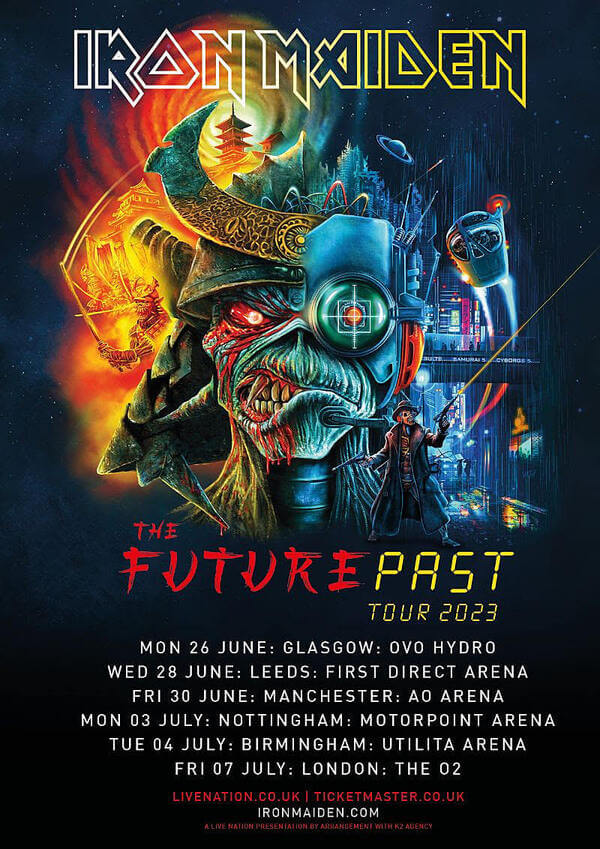 Death Grips will also kick off on a North American tour in 2023.

The tour will allow the band to perform new music while celebrating past ventures such as The Money Store. Everything kicks off on May 4 at Revolution Hall in Portland, Oregon. Following a two-week run on the West Coast, the band heads east in mid-September, performing at festivals such as Riot Fest.

Spiritbox, After the Burial, Intervals

Spiritbox, After the Burial, and Intervals will tour in 2023.

After the Burial and Intervals will join the Spiritbox band for a 22-city tour beginning in Vancouver on April 10th and ending in Minneapolis on May 10th.

The rest of the 2023 tour has Born of Osiris, Aborted, Sanguisugabogg, Crown Magnetar, and Slay Squad as support acts. The dates begin on April 7th in Fort Worth, Texas, and end on April 30th in Anaheim, California.

Life of Agony, Sick of It All

Life of Agony and Sick of It All will go on tour together. This tour will kick off on March 9th in Albany, New York, and will travel through the East Coast, Midwest, and Canada before concluding on April 1st in Stroudsburg, Pennsylvania.

DevilDriver and Cradle of Filth will go on tour together.

The first leg of the “Double Trouble Live” tour begins March 8th in Tempe, Arizona, and concludes March 26th in Albuquerque, New Mexico. The first part of the journey will focus mostly on West Coast and Southwest markets.

Parkway Drive, Memphis May Fire, and Currents will tour together in 2023.

AND, Parkway Drive will begin the tour on January 22nd at Shiprocked and will conclude on February 18th, 2023, in Orlando, Florida, USA. Their seventh studio album, “Darker Still,” was released on September 9th, 2022, via Resist and Epitaph Records.

Red Hot Chili Peppers have announced a 23-city global tour in honor of their most recent studio albums, Unlimited Love and Return of the Dream Canteen, for 2023.

On select gigs across their North American and European tour, the band will be joined by St. Vincent, the Strokes, King Princess, Iggy Pop, the Roots, the Mars Volta, and City and Colour.

Ghost‘s frontman Tobias Forge confirmed the band is touring in 2023.

“We are doing a lot of touring again on previous album cycles. We’ve [Ghost] done four legs in America and two or three in Europe and repeated. We’re going to go into every territory next year. But there’s going to be one European tour, one American tour. We are going to do a little bit of everywhere. 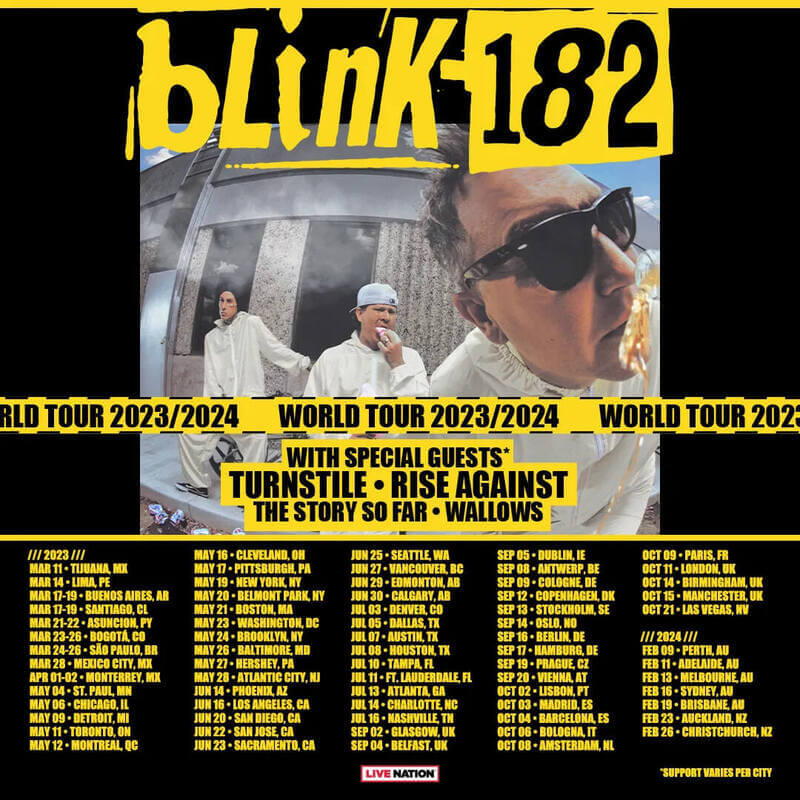 Depeche Mode’s 2023 World Tour is scheduled to kick off in California at the end of March. Now is a great time for fans all over the world to search into the band’s repertoire and collectibles in preparation for their return this year.

Arctic Monkeys band’s latest seventh studio album will be released on October 21st, 2022. In addition, a UK stadium tour and North American concerts with Fontaines D.C. have been announced for 2023.

You can check our events database for upcoming tour dates, concerts, and events.