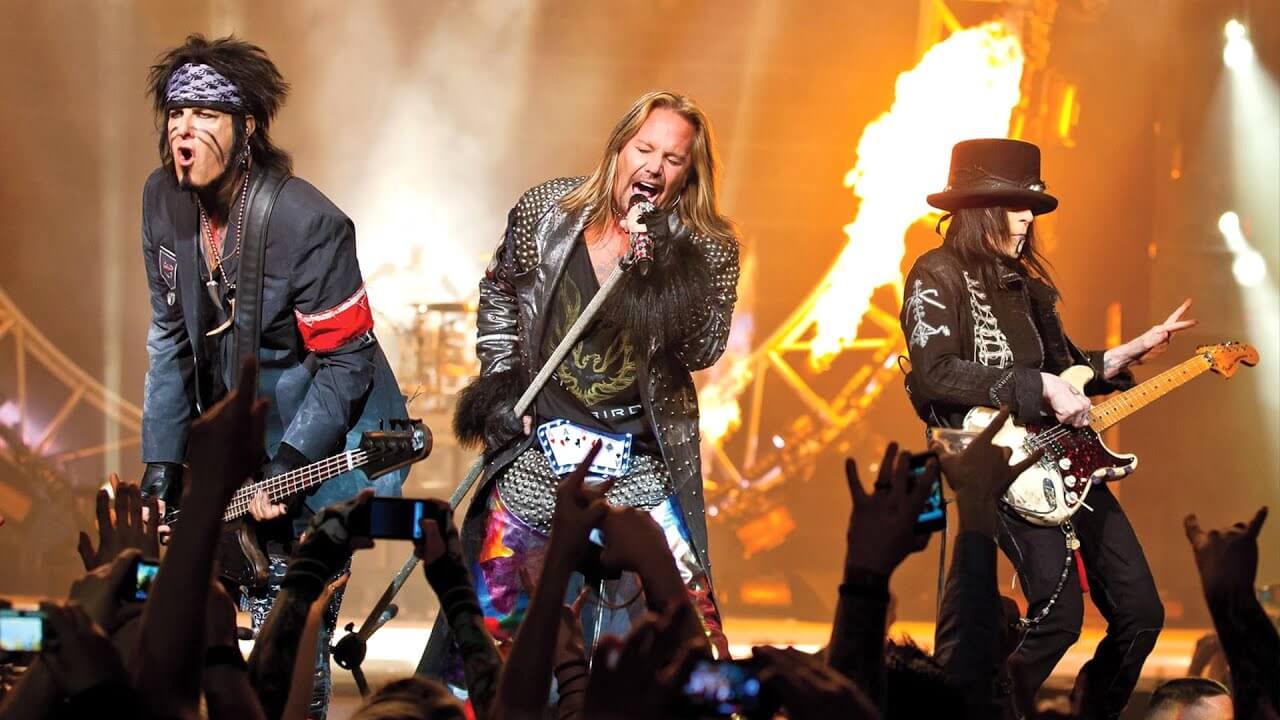 Mötley Crüe and Def Leppard offer a chance to win concert tickets for their upcoming stadium tour. In the summer of 2022, Def Leppard will go on the huge 36-city Stadium Tour with Mötley Crüe and also invite guest Poison along with Joan Jett.

The band is offering fans the chance to win the authentic Gibson guitar, used during the Stadium tour. In this tour, Poison and Joan Jett & the Blackhearts will perform as special guests, and Classless Act will be the opening bands. This is Mötley Crüe’s first big tour for seven years and the first time Def Leppard has toured in over three years, the latter performing to promote their 12th recording album Diamond Star Halos. Check here to win a Gibson guitar.

Related: Mötley Crüe Members Net Worth in 2022: Albums, and Life

Regarding that, the Stadium Tour announced on December 4th, 2019 and was scheduled to start in the 2022 summer. It was later revealed that the tour was to be moved to 2021 because of the pandemic.

The tour was then postponed to 2022 because of similar circumstances. Members of Def Leppard have mentioned that they are planning a European part of the Stadium Tour that will take place in 2023 too. 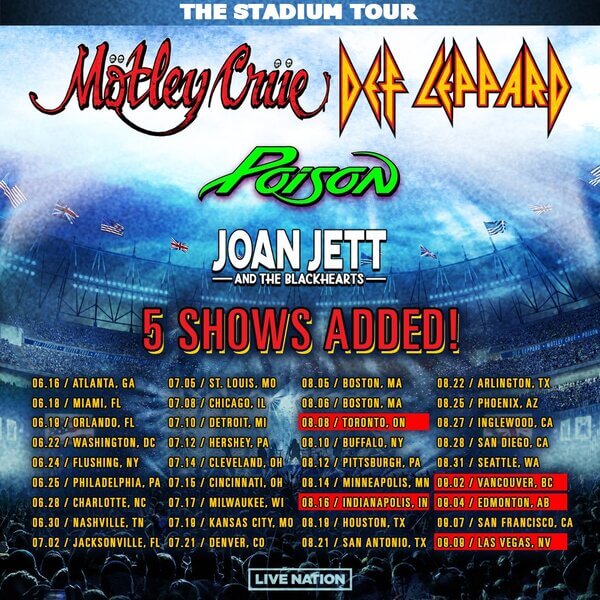 Here is the official statement to win a guitar:

“When you donate to Little Kids Rock, not only are you helping support music education. But you’re also entering for a chance to win Viv’s signed Stadium Tour Gibson guitar – UNA. Head here to donate & enter today! Proceeds from this event will be donated to support Little Kids Rock programs. Little Kids Rock is a national nonprofit 501(c)(3) organization that transforms lives by restoring, expanding, and innovating music education in our schools.”

Thousands of Little Kids Rock teachers across 48 states lead a national movement to bring innovative and inclusive music education to students. Using popular music styles like rock, pop, Latin, and rap, our teachers. To build music programs that are as diverse as the kids they serve.

How much do Mötley Crüe and Def Leppard earn per show?

Mötley Crüe and Def Leppard prepare for the final twelve dates on their North American “Stadium Tour” this summer, they will perform a return show that the tour earned an average of $5 million in August. Find tickets here.

The Stadium Tour hit No. 4 on the Pollstar LIVE75 chart which ranks tours currently in operation according to the average amount of tickets sold during the past 30 days. The 14 shows of the Stadium Tour in August were Boston, Toronto, New York State, Pittsburgh, Minneapolis, Indianapolis, Seattle, and multiple performances across Texas, Arizona, and California.

During only current tours by Ed Sheeran, Coldplay, and Red Hot Chili Peppers, Motley Crue and Def Leppard sold an average of 36,513 tickets per night for an average revenue of $4,962,861. Pollstar said.

The Stadium Tour kicked off in Atlanta after having been delayed twice over the course of two years because of the pandemic. Motley guitarist Tommy Lee revealed at that debut show on June 16, that he’d fractured his ribs and was performing as often as was possible, including an extra fill-in to replace his part during the performances. However, he played his first set in full the following day, June 28, in Charlotte.

Watch the tour trailer below!