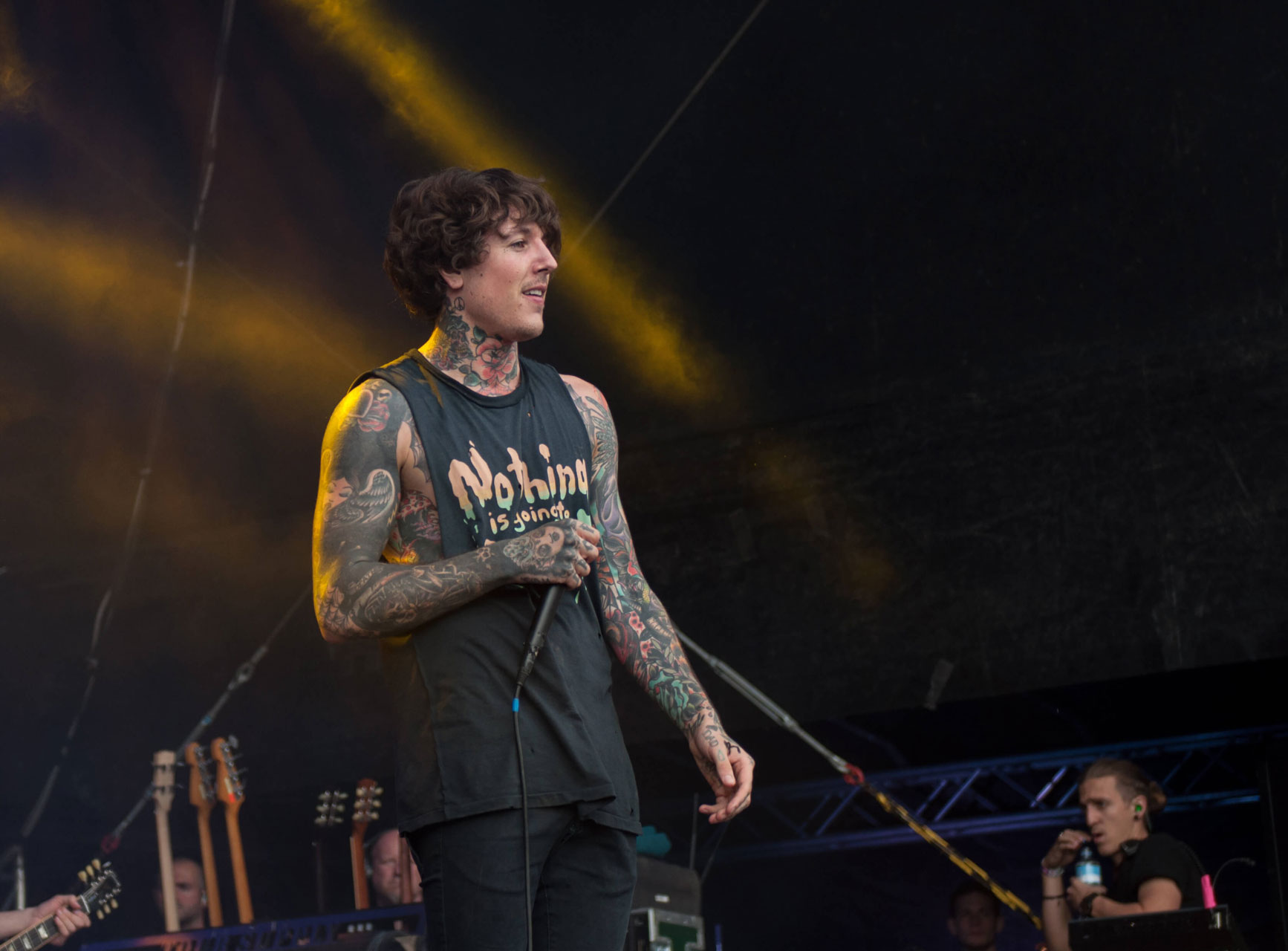 Oli Sykes from Bring Me the Horizon frontman talked about the band and their music in his new interview. Bring Me The Horizon achieved the great things of not being stuck within one music genre.

Oliver Scott Sykes was born on November 20th, 1986 and he was a British music producer and singer popular as the lead vocalist. Oli Sykes also co-founded the clothing business Drop Dead Clothing and created the graphic novel. In 2004, Oli Sykes founded Bring Me the Horizon. The band released their debut album ‘Count Your Blessings’ in 2006. BMTH started with deathcore sounds transitioning to metalcore, nu-metal pop-rock, electronic, and everything in between. Bring Me the Horizon band has proven that they are talented songwriters with various styles. They are currently climbing the ranks of the heap, performing at large festivals with lots of good albums with great selling numbers.

During a Malta Weekender Festival Oli Sykes talked with the NME and reveals how the early years of Bring Me the Horizon and the lack of acceptance by the metal world damaged the band:

“We got presented the idea and thought, ‘Let’s go for it. We like to do things that are a bit different. Music is the last true, emotionally-fulfilling escape in the world. It’s tribal. Any way you can make that special or do things differently than your standard tour, why wouldn’t you? You look around the site today and you know you’re with your people. You know you belong.”

“Those years scarred us. We didn’t know if anyone would come. Because, in our heads, we don’t have fans, and everyone hates us. We never feel safe, we never feel like we’ve made it, and we certainly never feel like a big band. Music is a way of life. When rock and emo were at the forefront, there was so much of it about, and you could walk into a shop like Hot Topic and buy into the fashion. When that starts dying off, people go elsewhere. It doesn’t matter if there’s a one really good band still doing it because it doesn’t make you feel part of anything bigger. I was worried.”

He added: “Never meant to be mainstream. I know it feels like we’ve been saying rock’s coming back for ages now, but I really do think things are better than they’ve ever been. Not only has it made a comeback, but it’s far less gentrified than the early ‘00s scene and there are exciting bands doing their own thing that feel like the future – bands like Nova Twins, Spiritbox and Static Dress. You want to open the gates for people and invite them into becoming a rocker, but you almost have to show them all these reasons why. It can’t just be us. It’s so much better when there’s a whole circus of music, fashion, and art. Things are way better when you’re not the only one.”

He also talked about the ongoing Bring Me the Horizon tour:

“It was best to keep it simple this time, but, in the future, it would be cool to get even more creative with it. It does feel like something that we should make a habit out of doing. This whole weekend has been such a vibe. Thailand? The Bahamas? Amsterdam? Where do you want to go next?” As always with Bring Me The Horizon, the answer is wherever the hell they feel like.”