Rudy Sarzo, who’s the bassist of Quiet Riot, did a stint with Ozzy Osbourne back in 1981-1982. In a recent interview, he talked about how he got the gig, how Ozzy’s earlier songs carried a piece from Quiet Riot and his late bandmate Randy Rhoads. Sarzo also mentioned how much of a drinker Ozzy was, saying that he couldn’t keep up with the star. Here’s what Rudy Sarzo said in his interview with 80’s Glam Metalcast.

Rudy Sarzo on how he got to play with Ozzy Osbourne

“I got the call to audition for Ozzy and I got the gig. And of course, so much of it had to do with the fact that Randy recommended me – he had gained Sharon’s and Ozzy’s trust, and that’s how I got the gig. What made it so easy for me to fit in – not only easy to fit in but actually easy to go from playing a local band, I had never been on tour, I had never played in front of 10,000 people or more, not even close, I have never done that!”

It seems Rhoads was a big plus for Sarzo to get familiar with the environment.

“But what made it so comfortable for me to be there was Randy. I’m playing with Randy Rhoads, not only a former bandmate in Quiet Riot, an incredible musician, but somebody who even though he was playing Ozzy music, music that was written basically fit to suit the image of a Black Sabbath singer going solo.”

The presence of Rhoads also made the music of Ozzy sound more like Quiet Riot, as there were now two people from the band.

“There was so much Quiet Riot consciousness that surrounded him because that’s all he knew, he just knew how to be himself. When Randy joined Ozzy, he asked Ozzy, ‘What do you want me to write?’ And Ozzy just said, ‘Just be yourself.'”

“And if you’re listening to songs like ‘Crazy Train,’ yeah, it does have that dark riff, but once you get to the verse and all, it’s a major song, it’s a happy song, very close to riffs that Randy used to write for Quiet Riot songs. There’s a lot of Quiet Riot essence in that.

You listen to ‘Goodbye to Romance,’ that’s pretty close to a song we used to do in Quiet Riot, originally was called ‘Teenage Anthem,’ and then it was actually reworked and recorded for the [1984’s] ‘Condition Critical’ album, it got named ‘Winners Take All.’ So there’s a lot of the essence of Quiet Riot in early, early Ozzy.

As a matter of fact, before I even joined the band when they toured with Bob Daisley and Lee Kerslake, you could see Randy wearing Quiet Riot clothing that he used to wear with us on stage during that tour. And if you look at that picture when I joined the band, it was basically Ozzy from Black Sabbath, Tommy Aldrige from Black Oak Arkansas, and two guys from Quiet Riot.

So yes, there was an honest consciousness being in the band because it’s all about Ozzy and that certain image that was nurtured, carried over from Black Sabbath, and taken to a whole different level once it became Ozzy Osbourne.”

Giving kudos to Randy who made him feel comfortable, Sarzo did not forget to mention Ozzy and Sharon.

“But Randy made it feel very comfortable for me to be there. And having said that, I have to say the same thing about Sharon and Ozzy, but they had a whole different idea than Randy and I had both coming from Quiet Riot and coming from the Sunset Strip.

Ozzy was coming from Black Sabbath and Sharon worked for her father’s management company and record company, so it was a very deep-rooted British rock scene that she was born into.

It seems Sharon even wanted him to be Ozzy’s drinking buddy, however, it’s not easy to keep up with him.

“Sharon even asked me to be Ozzy’s drinking buddy, and I said, ‘OK, why not?’ And soon I learned that I could not keep up with Ozzy, it only lasted a few days, it only takes a few days to realize you can’t keep up with this guy.

Till Lindemann and his manager reportedly arrested in Russia, here are the photos 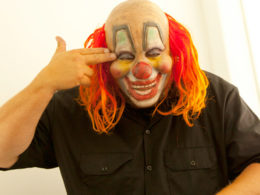 While Slipknot is back at business with concerts and a tour, band members are also working on their…
byBatu Demirbas
14 shares
2
0
12
No comments 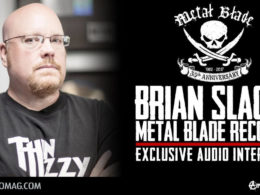 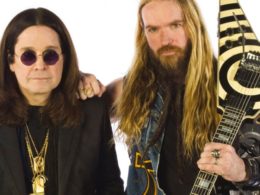 The lead guitarist of Ozzy Osbourne, Zakk Wylde has recently shown up in an interview, talking about Ozzy’s…
byYaren İlayda
No comments 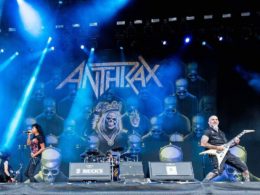