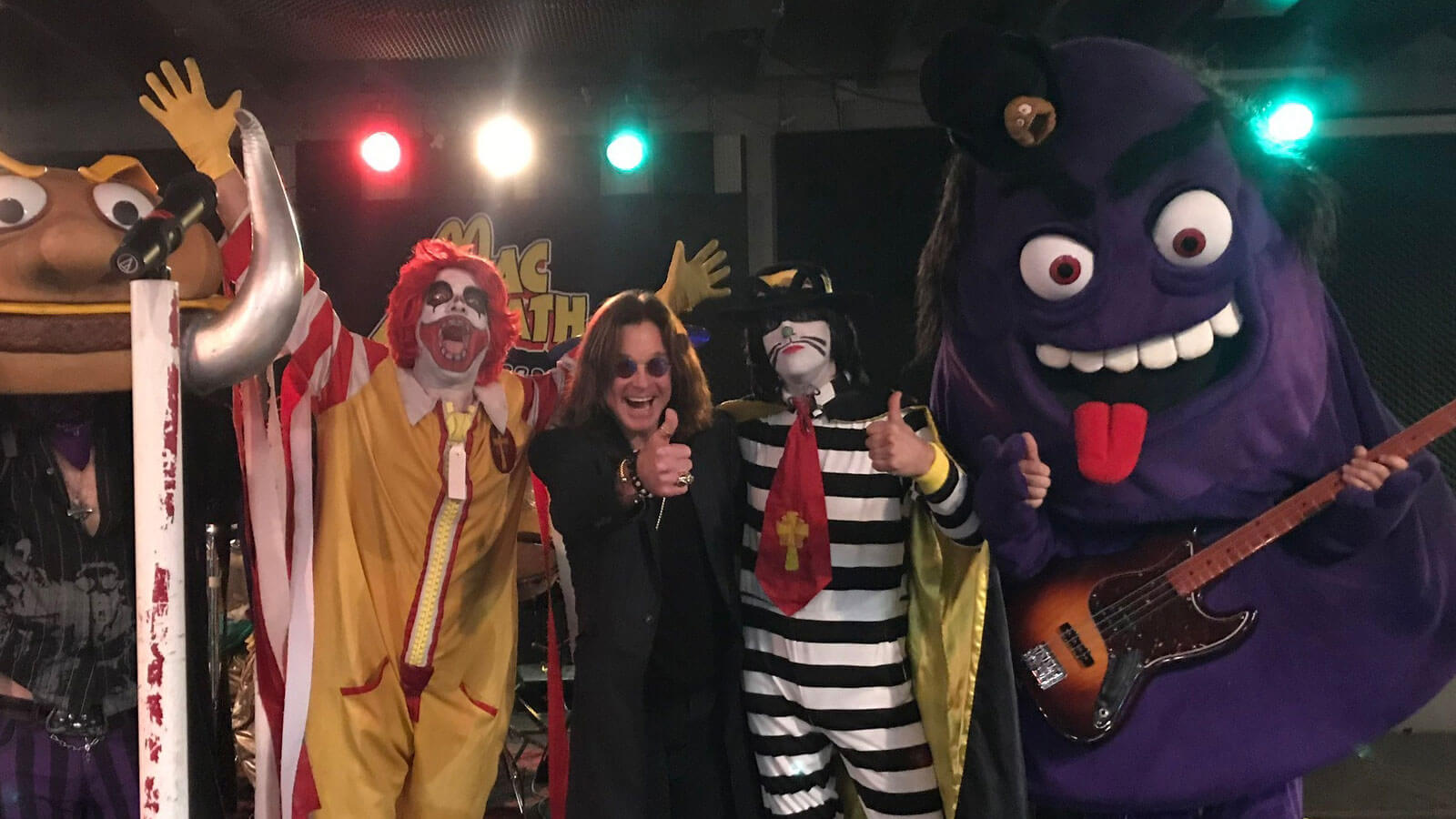 Parody heavy metal tribute band Mac Sabbath announces tour dates for December 2022, January 2023, and February 2023. They will also be on stage in 2023 too. We will help you to find cheap concert tickets and see the dates below!

We know some information about, Mac Sabbath a parody heavy metal band from Los Angeles, California, formed in 2014. The self-proclaimed pioneers of “Drive-Thru Metal,” the band is a spoof of English heavy metal band Black Sabbath, incorporating fast food-themed lyrics and imagery.

Mac Sabbath was established in 2014 when also they released a demo of their parody “Children of the Grave,” “Chicken for the Slaves.” They have also a “Pair-a-Buns” discography which is also released in March 2017.

The members of Mac Sabbath are musicians from the Los Angeles rock and metal scene who have chosen to remain anonymous. They use elaborate characters and a fictional backstory that suggests they come from a “delicate part of the space-time continuum”. Mike Odd, the lead singer of Rosemary’s Billygoat, serves as the band’s manager and spokesperson. Mac Sabbath‘s vocalist Ronald Osbourne also talked about this tour:

“So I’m told that there is just a few of these pop-up albums left. So we are headed to the states on the west coast for a few winter pop-up shows to sell these bloody books, so pop-up or poop out!”

Here is the statement about Mac Sabbath’s upcoming tour:

Some of the delinquent kids who worked for the franchise had been allowing him, Ronald and a cast of characters named Slayer Mac Cheeze, Grimalice, and the Cat Burglar, to perform secret rock shows in the bunker-like basements of the local restaurants. But after a succession of these shows, the time had come, to bring drive-thru metal up from the “underground”.

People’s eyes and taste buds were tingling to a new sensation. Drive-Thru Metal it was real and talk about a feast for the senses! Black Sabbath’s music, hilarious fast food lyrics, smoldering clown heads with laser eyes, a giant purple gumdrop bass player, and Tony Iommi with a giant cheeseburger head. People were confused, amazed, and dare they say it, they can’t ever remember feeling so………happy after seeing the band. MAC SABBATH refuse to reveal their identities because they think they came here from a wormhole in time direct from 1970. But whoever they are and however they got here, they’re here now and they’re ready, so pull up to the window and check your order, because we are proud to present the world’s newest concept in entertainment, the culinary disgrace that is MAC SABBATH! 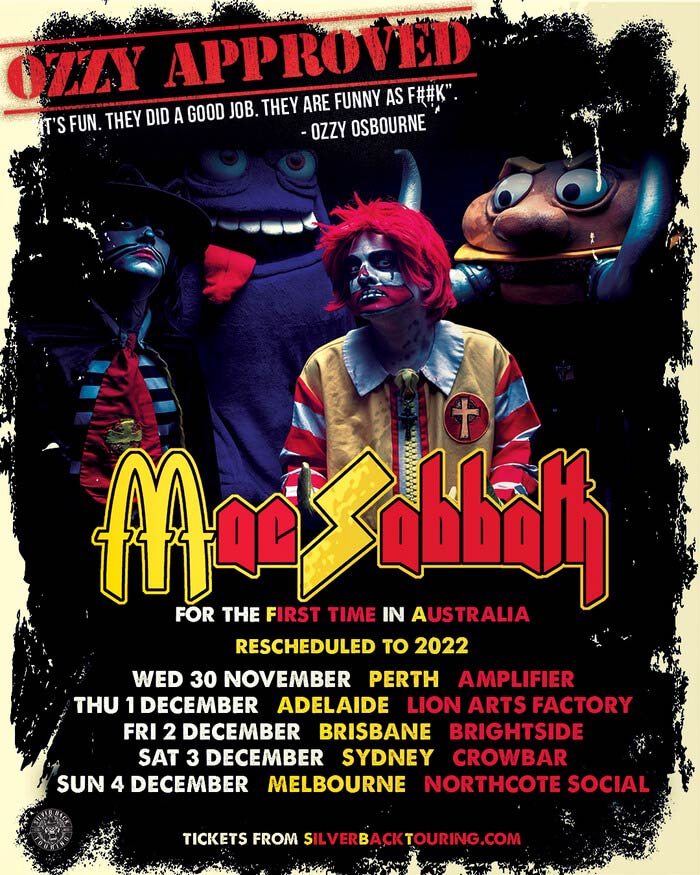 Mac Sabbath‘s new book and albums are already out and selling one of their “Drive-Thru Metal” pop-up book, which features Gris Grimly’s artwork. The tour notice emphasizes that there are just a few copies left.

In addition, Mac Sabbath‘s “Drive Thru Metal” book, was published by Poposition Press. This will be available in Regular and Special Editions and will contain artwork by Gris Grimly. He is also known for his darkly whimsical children’s books and the upcoming Netflix adaptation of his Pinocchio book.

Both editions of Drive Thru Metal include pop-up images from “The Factory,” “The Ascension,” and “Utopia,” as well as a unique vinyl record with seven Mac Sabbath stories. Such as “Organic Funeral,” “Sweet Beef,” and “N.I.B.B.L.E.” The Special Edition comes with a foil-stamped cover, a Gris Grimly art print, and a vinyl record with ketchup and mustard splattered on it.

Watch the promotion video of Mac Sabbath‘s pop-up book “Drive Thru Metal” below!